Zora Morgan got her start in gymnastics in mommy and me classes at the age of three and loved being in the gym from the start. Zora began competing int he spring of 2011 as a level 3 in the AAU program with Georgia Gymnastics Academy. At the 2011 Georgia AAU State Championships, Zora finished third on beam and in the all around. Following her 2011 spring season, Zora began training at Gwinnett Gymnastics Center where she competed level 4 through the fall of 2011 and competed one meet of level 6 in November 2012.

Zora began her optional career in February 2013 at the Presidential Classic as a level 7 with Imagine Gymnastics. After her 2013 season, Zora began training at Top Notch Training Center and competed a second season of level 7 during the 2014 season and went on to finish sixth on bars, beam, and in the all around at the Georgia State Championships. Zora competed another season of level 7 in 2015 and took sixth on bars and beam at the Georgia State Championships. From state, Zora qualified to the Region 8 Championships where she concluded her season with her best performance of her season.

Competing level 8 in 2016, Zora began her season at the Atlanta Crown Invitational where she took fifth on floor and in the all around. Zora continued to improve throughout the season and went on to take second on bars and third on beam and in the all around at the Georgia State Championships. Zora qualified to the Region 8 Championships for a second year where she finished up her season with a fifth place finish on bars.

Zora began missed out on her 2017 season but came back strong to compete level 9 in 2018. At her first level 9 meet, Zora finished in the top 5 on vault, beam, floor, and in the all around. In March at the Georgia State Championships, Zora finished seventh on beam.

After her 2018 season, Zora and her family moved to Florida and Zora began training at Orlando Metro Gymnastics. Zora competed a second season of level 9 in 2019 and at her first meet of the season, the Sand Dollar Invitational, Zora won the beam and all around titles. Two months later at the Florida State Championships, Zora came in second in the all around and third on floor. At the Region 8 Championships, Zora brought home a silver medal on floor and finished fifth all around, qualifying to the Eastern Championships. Zora concluded her season at the Eastern Championships with a strong competition, earning medals on beam, floor, and in the all around.

Zora competed her first meet of the 2021 level 10 season at the Sand Dollar Invitational. Here, she finished fifth on bars and won beam with a 9.700. In March at the Florida State Championships, Zora competed on bars and beam where she earned bronze and silver medals, respectively.

Currently, Zora trains 25-30 hours per week under coaches Jeff Wood and Christi Mitchell at Orlando Metro Gymnastics. Zora's goal for her 2021 season is to upgrade her bars dismount, and have a 10.0 start value on bars, beam, and floor. In the future, Zora hopes to compete for a college gymnastics team.

Favorite Quote: "Ability is what you are capable of doing. Motivation determines what you do. Attitude determines how well you do it." 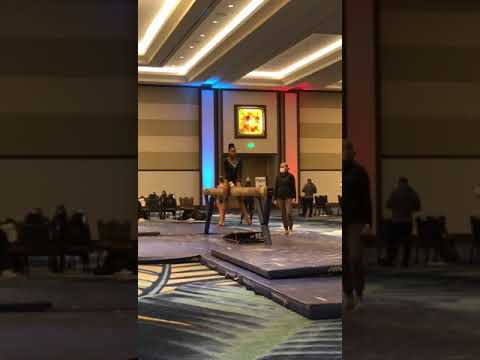 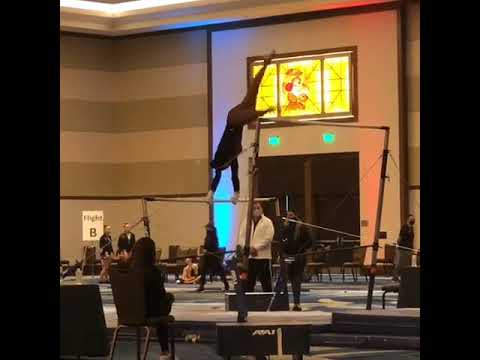