Trista and her family moved to Utah after the 2012 season, and Trista began training with Olympus Gymnastics. As a nine-year-old level 8, Trista won the all around at the first two meets of the season. At the 2013 Utah State Championships, Trista placed second on bars and in the all around; she also qualified to the Region 1 Championships where she won the bars title. The same year, Trista was invited to Developmental Camp. In 2014, Trista competed level 9 and went on to place third all around at the Utah State Championships. After state, Trista and her family moved back to Nevada where she began training with Salcianu Elite again. In her short time back at Salcianu, Trista qualified for Hopes and competed at the Secret US Challenge in the Hopes 10-11 division. At the Secret Challenge, Trista placed fifth on beam.

Trista took some time off of competing, but came back in 2017 to try and qualify elite. Unfortunately, Trista missed qualifying, but came back better and stronger in 2018. Trista began her 2018 season at the Palm Springs Cup Elite Compulsory Qualifier where she earned her compulsory score for junior elite. Trista also competed her first level 10 meet at the Brestyan’s Las Vegas Invitational and game home with gold medals on vault, bars, and in the all around. Trista earned her junior elite optional score at the KPAC Cup National Elite Qualifier where she scored a 51.550 in the all around which qualified her junior elite and to the 2018 US Classic. Just a week after qualifying elite, Trista competed at the Nevada State Championships and finished third all around. In order to focus on elite, Trista did not compete at regionals, even though she qualified. At the beginning of July, Trista competed in the American Classic in Salt Lake City, UT. Trista hit 4 for 4 events and had a solid meet. Three weeks later, Trista concluded her season at the GK U.S. Classic where she had another solid meet.

Trista began her 2019 level 10 season at the Brestyan's Las Vegas Invitational earning a silver medal on beam and fourth all around. Unfortunately, Trista had to miss out on the second half of her 2019 season due to injury. However, Trista came back strong for the 2020 season. Trista began her 2020 season at the California Grand Invitational where she finished fifth on beam and in the all around. One month later at the Brestyan's Las Vegas Invitational, Trista posted her highest level 10 bar score with a 9.80. Trista had her best meet of her season at the Winter Classic at the end of February. Here, Trista won the all around title and came in second on vault and bars. Unfortunately, due to the COVID-19 pandemic, Trista's season was cut short as the remainder of the season was canceled.

In February 2021, Trista kicked off her level 10 season at the Brestyans LV Invitational. Here she won gold on bars with a 9.800, winning bronze on vault, and silver in the AA. Trista continued her season scoring multiple 38s in the all arounds, including at the Nevada Level 10 State Championship. Where she scored her highest ever all around, a 38.625 and a perfect 10 on bars, winning gold on both. She also won silver on vault and bronze on beam and floor. Trista went onto the 2021 Region 1 Level 10 Regionals placing 5th on vault, 4th on bars, and 7th in the all around. She finished her season at the 2021 Women's National Championships. Here she won bronze on bars and in the all around. Also placing top 10 on vault, beam, and floor.

Currently, Trista trains 40-45 hours per week under coaches Tammy and Sorin Salcianu. In the future, Trista hopes to earn a spot on the 2024 Olympic Team and earn a college scholarship for gymnastics.

Favorite Quote: "If it's meant to be, it will be." 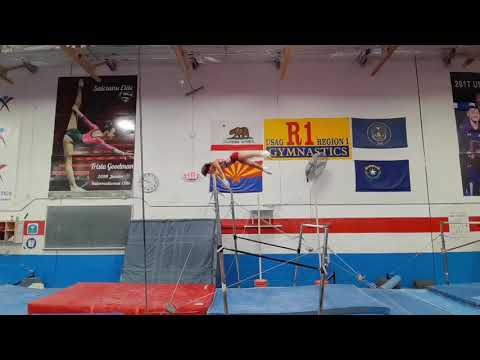 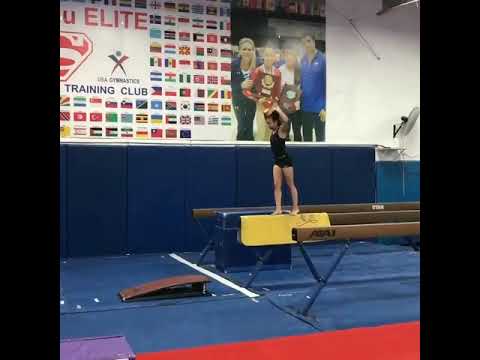 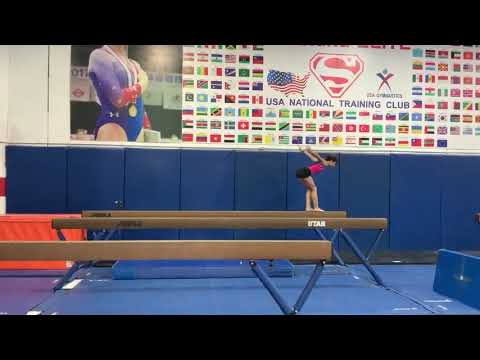 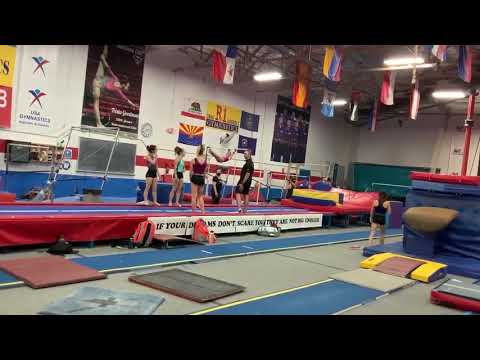