Born in Richland, WA in January 2004, Tirzah started attending gymnastics classes with her daycare provider at age two because “she had too much energy” and was climbing the door frames. She started in toddler gymnastics at Garland’s Gymnastics Academy in Kennewick, WA and progressed with Coach Brett Garland and Coach Erin Piel to their pre-team class. When she was six, she transitioned to the TOPs program at Mid-Columbia Gymnastics with Coaches Todd Sawyer and Jeanine Ruby and began homeschooling through Seton Home Study School starting with kindergarten. She began competing in level five when she was seven. Tirzah qualified for TOPs National Testing and traveled to the Karolyi Ranch at ages 8, 9, 10 and attended TOPs development camp at the ranch at age 9.

As Tirzah moved up through J.O. levels 7, 8, and 9 she never lost sight of her dream to become an elite gymnast. With the help of Coach Angie Jefferson at All-American Gymnastics in Richland, WA, and at the advice of national coaching staff, in 2016 she attended a try-out at Salcianu Elite Gymnastics in Henderson, NV. Subsequently, she and her family moved to Nevada in September of 2016 to begin training with Tammy and Sorin Salcianu and their team in Henderson, NV.

In February 2019, she qualified junior elite compulsory at the Rocky Mountain Qualifier in Salt Lake City, UT. Tirzah competed the remainder of the season as a level 10 and at the Nevada State Championships, Tirzah brought home silver medals on bars and in the all around as well as a bronze on floor. From state, Tirzah moved on to the Region 1 Championships where she concluded her season with a strong performance.

Tirzah kicked off her 2019-2020 season at the Peppermint Twist Elite Compulsory Qualifier where she earned her senior elite compulsory score. Tirzah competed her first level 10 meet of the season at the California Grand Invitational and brought home bronze medals on bars and in the all around. Tirzah was able to compete four more meets in 2020 before the season was unfortunately canceled due to COVID-19.

Due to the remainder of the 2020 season being canceled, USAG allowed for all Hopes and Elite Qualifiers to retain their qualifying score for the 2021 season. With this, Tirzah had her senior elite compulsory score going into the 2021 season. 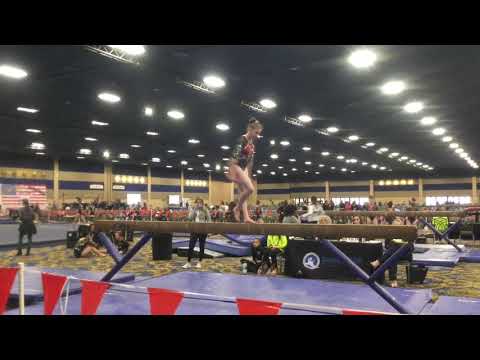 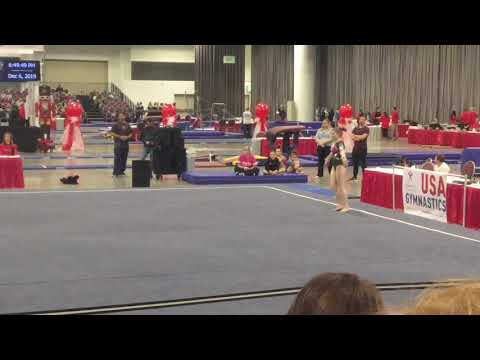 Front Tuck thru to Double Full

Yurchenko 1/2 On, Front Tuck Off