Tessa Brousek got her start in gymnastics at the age of three as she was a very active child and her older cousin and sister were involved in gymnastics. Tessa loved the sport right away and quickly progressed. Tessa began competing in the spring of 2014 as a level 3 with Five Star Gymnastics. Tessa had a great first season of competitive gymnastics and went on to win the vault title and place second on floor at the Ohio State Championships. During the summer of 2014, Tessa participated in TOPs Testing and made the TOPs National Diamond Team.

During the spring 2015 season, Tessa competed level 4 and had another great season, finishing as the Ohio State vault, floor, and all around champion. Tessa competed just two meets of level 5 in December 2015 and January 2016. Throughout the rest of the 2016 season, Tessa competed level 6 and finished second on vault and fourth all around at the Ohio State Championships. Tessa participated in TOPs Testing during the summer of 2016 and qualified to National Testing. From National Testing, Tessa made the TOPs National B Team.

Tessa began her 2017 level 7 season at the CGA Coaches Spectacular where she earned bronze medals on vault, beam, and in the all around. Tessa improved at each meet throughout the season and went on to win the vault, beam, and all around titles at the Ohio State Championships. From state, Tessa qualified to the Region 5 Championships where she finished fifth on bars and in the all around. Tessa participated in her final TOPs Testing season during the summer of 2017 and finished as a member of the TOPs National B Team.

As a level 8 in 2018, Tessa won the vault title at the Ohio State Championships as well as a silver in the all around. Tessa then moved on to the Region 5 Championships where she collected another gold medal on vault. In October, Tessa was invited to her first Developmental Invite Camp.

Tessa began her 2018-2019 season as a level 9 at the Ron Ganim Legends Invitational. Tessa had a solid first level 9 meet and finished second on vault and beam and third on floor. Two months later, Tessa competed at the Biles National Elite Qualifier where she earned her Hopes 12-13 compulsory score. In March, Tessa competed at the Ohio State Championships where she won the vault title and took second on bars and placed fifth AA. In April, Tessa competed at the Region 5 Championships where she had her best meet of her season so far and took third on vault and fifth all around, qualifying to the Eastern Championships making the Region 5 DREAM TEAM. Tessa concluded her season at Easterns with a solid performance and came home with a medal on vault.

Tessa began her first level 10 season at age 11 at the Coaches Spectacular in January 2020 where she finished third on vault, bars, and floor. She continued her season building her skills and gaining confidence on this competitive level. At the Excalibur Meet in Virginia Beach,VA, Tessa finished second AA while hitting the podium with a second on vault and third on bars. She finished the shortened season, by qualifying for the Finals at the Arnold Classic on vault and bars.

In January 2021, Tessa kicked off her 2nd level 10 season at the 2021 Rubber City Rumble. Here, she won silver on vault and gold on bars, beam, floor, and in the all around. Tessa continued her level 10 season at 2 more meets and qualified herself to the 2021 Ohio Level 10 State Championships. At the state championships, Tessa placed in the top 10 on all events which qualified her to the Region 5 Level 10 Regional Championships. She finished off her season winning a silver medal on vault. She placed 6th on floor and in the top 10 on bars and the all around.

Currently, Tessa trains 25 hours per week under her coach Farrah Griffin at Five-Star Gymnastics in Brunswick, Ohio. She attends Saint Ambrose Catholic School where she is involved in her community, maintains the highest academics honors with a 4.0 GPA and is a member of the National Junior Honor Society. Tessa’s goal as a 2nd year Level 10 is to have fun, keep growing mentally, enhancing her upgrades and attend JO Nationals.

In the future,Tessa hopes to earn a Division 1 scholarship for gymnastics so she can continue her love for the sport and achieve her goals.

Favorite Quote: "Nothing is IMPOSSIBLE, the word itself says I'M POSSIBLE!" 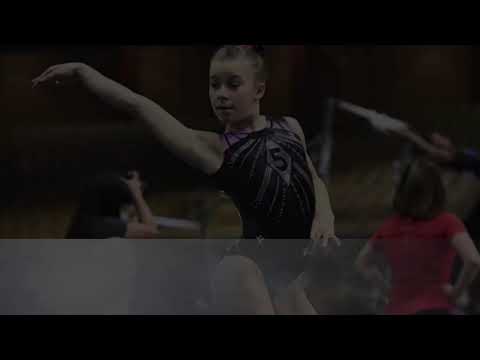 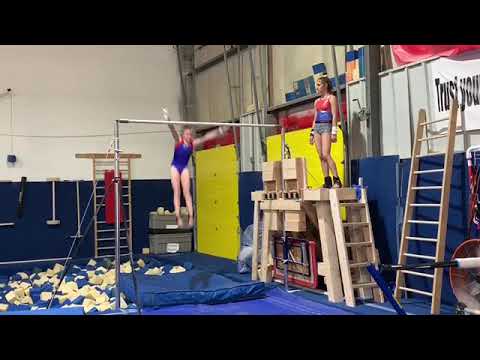