Takoda Berry got her start in gymnastics at the age of three in mommy and me classes. In fall 2013 as a level 3, Takoda began competing with The District Gymnastics Academy. Following her level 3 season, Takoda began training with Aftershock Gymnastics. Takoda competed one meet of level 4 in 2015, and then moved on to competing one meet of level 5.

Takoda’s optional career began in January 2016 at the Palm Springs Gymnastics Cup. As a level 6, Takoda finished sixth on vault and beam. Throughout the rest of the season, Takoda competed level 7 and continued to improve throughout the season. Takoda finished her season at the Region 1 Championships where she had her best meet of her season, winning the vault title with a 9.750 and finishing fifth all around.

In 2017, Takoda competed level 8. At her first meet of the season, the Palm Springs Cup, Takoda finished third on beam. In March at the SoCal State Championships, Takoda finished in the top 10 on vault and bars and qualified to the Region 1 Championships. At regionals, Takoda had her best meet of the season, winning the bars title and placing fifth on vault.

Takoda competed a second year of level 8 in 2018 and opened up her season at the California Grand Invitational where she earned silver medals on vault, bars, and in the all around as well as a bronze on floor. Throughout the season, Takoda finished in the top four in the all around at each meet and since her second meet of the season, went undefeated on bars. Takoda also won the all around at both Gymchell and Great West Gym Fest - her second and third meets of the season. At the SoCal State Championships, Takoda won the bars title with a huge 9.900 and finished fourth all around, qualifying to the Region 1 Championships as a member of the SoCal State Team. Takoda finished her season at regionals, winning the bars title, placing second on vault, and finishing third all around.

Takoda kicked off her 2019 season at the Palm Springs Elite Compulsory Qualifier where she earned her Hopes 12-13 compulsory score. Throughout the 2019 season, Takoda competed level 9. At the SoCal State Championships, Takoda took second on bars and third on beam and in the all around. From state, Takoda moved on to the Region 1 Championships. Takoda concluded her season at Regionals with a third place finish on bars and eighth place finish in the all around, qualifying as an alternate to the Western Championships.

Takoda competed a second season of level 9 in 2020 and began her season at the SCEGA California Classic where she won the bars and floor titles and took second all around. In February, Takoda competed at the Brestyan's Las Vegas Invitational and won the all around title. Unfortunately, due to the COVID-19 pandemic, Takoda's season was cut short as the remainder of the season was canceled.

Currently, Takoda trains 28 hours per week under coaches Tammy Salcianu, Tammy Biggs, and Trevor Rubino. In the future, Takoda hopes to qualify elite and earn a full ride scholarship to a Division 1 school for gymnastics. 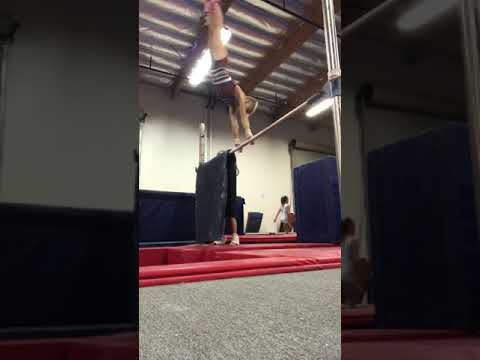