Stella McCrillis got her start in gymnastics at the age of four in a recreational class. After a couple of months of classes, Stella progressed quickly and her coaches moved her up to team. At age five, Stella began competing level 1 with Empire Gymnastics. Stella made it to the District 2 Championships where she finished second on floor and third on vault.

During the 2015 season, Stella competed level 3. Stella competed her first level 3 meet in August at the DGA District 2 Qualifier and finished in the top 5 on bars, floor, and in the all around. Three months later, Stella competed at the Texas North State Championships and took fifth on vault.

During the 2016 season, Stella competed one meet of level 4 and level 5 in order to prepare for her 2017 level 6 season. Stella competed her first level 6 meet in January 2017 at the Friends Of Achievers Invitational and finished sixth all around. Stella continued to improve throughout the season and went on to win the beam title and brought home silver medals on floor and the all around at the Texas State Championships.

Competing level 7 during the 2018 season, Stella kicked off her season at the Alamo Classic and finished fourth on vault and beam and fifth all around. One month later at the Texas Tough Meet, Stella had her best meet of her season, finishing second all around with a 38.350. In April, Stella competed at the Texas State Championships and brought home a bronze medal on floor. From state, Stella qualified to the Region 3 Championships. Stella concluded her season at regionals earning bronze medals on beam and floor and a fourth place finish in the all around.

Stella competed level 8 and competed in Hopes National Qualifiers during the 2019 season and began her season at the Alamo Classic where she finished second on floor. One month later, Stella competed in her first Hopes Qualifier at the Biles National Elite Qualifier and came home with a second place finish on floor. In March at the Texas State Championships, Stella brought home the gold medal on vault and bronze medal on floor. For the second year in a row, Stella qualified to the Region 3 Championships. Stella concluded her level 8 season at regionals with a fantastic performance, winning the vault, floor, and all around titles and winning a bronze medal on beam.

Competing level 9 during the 2020 season, Stella began her season at the Alamo Classic where she finished seventh on beam and ninth all around. Stella improved her all around score throughout the season and had her best performance at the Brestyan's Las Vegas Invitational. Here, Stella won the floor title and came in second on vault, beam, and in the all around. Unfortunately, due to the COVID-19 pandemic, Stella's season was cut short as the remainder of the season was canceled.

Currently, Stella trains 25 hours per week under coaches Chris Brashier and Beatrice Mihaila-Crivineanu at Empire Gymnastics Academy. Stella's goal for the 2021 season is to qualify Hopes. In the future, Stella hopes to qualify to JO Nationals and earn a college scholarship for gymnastics.

Favorite Quote: I can do all things through Christ who strengthens me. Philippians 4:13 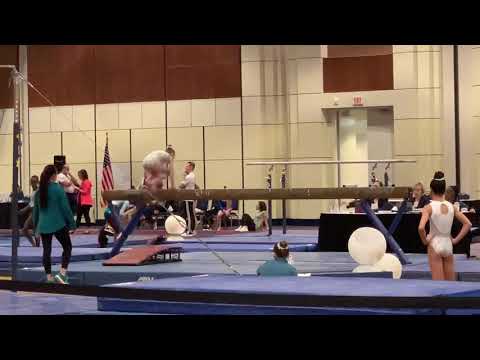 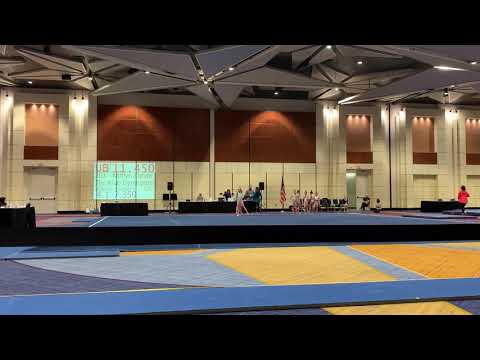