Sophia Maliwanag got her start in gymnastics after following in her big sister’s footsteps. Sophia started pre-team at the age of five, and began competing in the fall of 2013 as a level 3 with Golden State Gymnastics. Sophia went undefeated in her first four meets of the season, and went on to win the beam and floor titles, and take second all around at the SoCal North State Championships. As a level 4 in 2014, Sophia won the first two meets of the fall season. At North State, Sophia placed second on floor and third all around. During the winter/spring 2015 season, Sophia competed one last meet of level 4 where she won the bars, floor and all around titles. She also competed one meet of level 5, winning all four events and the all around. During the summer of 2015, Sophia participated in TOPs Testing and went on to make the TOPs National A Team.

Sophia began her optional career in January 2016 as a level 8. At her first meet, the Lady Luck Invitational, Sophia won the beam title. Sophia continued to improve throughout the season and went on to place third on beam at the SoCal State Championships, qualifying to the Region 1 Championships. At Regionals, Sophia placed second on floor. During the 2017 season, Sophia only competed one meet of level 9, where she placed fifth all around, but had to cut her season short due to a minor injury.

In September 2017, Sophia began training at Paramount Elite Gymnastics. Due to only competing one meet of level 9 in 2017, Sophia would compete level 9 in 2018 as well as with the goal to qualify Hopes. Sophia opened up her 2018 level 9 season at the California Grand Invitational where she won the beam title. Two weeks later, Sophia competed at the Fiesta Bowl National Elite Qualifier where she earned her Hopes compulsory score. One week before state, Sophia competed at the KPAC Cup Elite qualifier where she earned her Hopes optional score, qualifying as a Hopes gymnast and to the Hopes Classic. At the SoCal State Championships, Sophia placed in the top 10 on beam and qualified to the Region 1 Championships. At Regionals, Sophia placed sixth on floor. In early July, Sophia competed at the Hopes Classic in Salt Lake City, UT. Although Sophia didn't qualify to the Hopes Championships, she had a great experience and closed out a great season after coming back from injuries.

Sophia competed another season of level 9 in 2019 and opened up her season at the Lady Luck Invitational where she took second on vault, beam, floor, and in the all around. In February, Sophia competed at the Fiesta Bowl Elite Compulsory Qualifier where she earned her Hopes 12-13 elite compulsory score. At the SoCal State Championships in March, Sophia had a great meet and came home with gold medals on bars, beam, floor, and in the all around. One month later at the Region 1 Championships, Sophia took second on beam and fifth all around, qualifying to the Western Championships.

Currently, Sophia trains 30 hours per week under coaches Sarah Korngold and Liang Zhao at Paramount Elite Gymnastics. In the future, Sophia hopes to earn a college scholarship to a division 1 school for gymnastics.

Favorite Quote: "Love what you do. Do what you love." 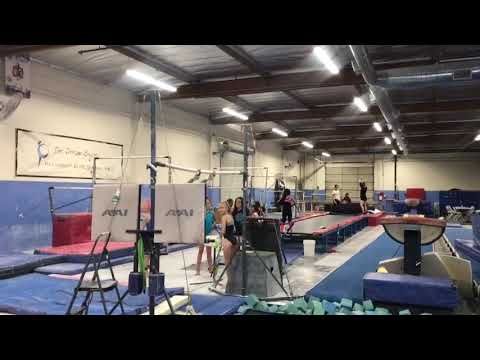 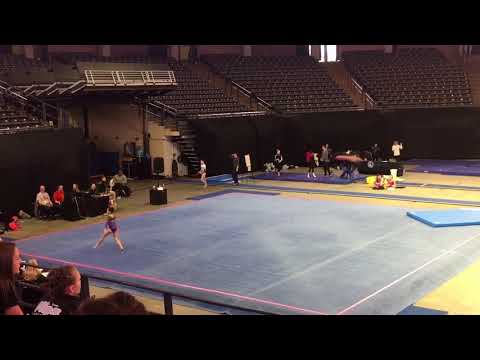