Sophia Butler was born on June 27, 2004, to Gail and James Butler. Sophia started gymnastics in pre-school after her parents caught her trying to flip off the couch. Sophia began competing with Discover Gymnastics as a level 4 (old level 4) in 2010 at six years old. Sophia finished her level 4 season as the Texas South State Champion on vault, bars, floor, and in the all around. In 2012, Sophia competed just one meet of level 5 in the spring, and competed level 6 in the fall. Sophia had a great level 6 season, and finished her season off at the Texas Level 6 State Championships.

Sophia began her optional “career” as a level 7 at the 2013 Metroplex Challenge where she won the bars title and placed second on floor. Sophia finished the season strong, placing in the top 10 on beam and floor at the Level 7 State Championships. In 2014, Sophia competed level 8 and had a fantastic season, winning the bars and floor titles at the State Championships. Sophia went on to regionals, where she placed tenth all around.

During the 2017 season, Sophia competed just one meet of level 10, and spent the rest of the season focusing on hopes. Sophia began her Hopes season at the Brestyan’s Las Vegas National Elite Qualifier, where she qualified for hopes and placed first all around out of 48 gymnasts. Sophia went on to have an amazing meet at the Hopes Classic, winning the beam, floor, and all around titles. At the Hopes Championships, Sophia won the vault and bars titles, and placed third all around.

Sophia began her 2018 season at the Chow's Challenge Elite Compulsory qualifier where she obtained the score needed for junior elite. Next, Sophia went to the City of Lights National Elite Qualifier where she won the all around with a 52.100 and qualified junior international elite. Sophia competed her first international elite meet during the elite session of the 2018 WOGA Classic. Here, Sophia placed second all around. On July 7, Sophia competed at the American Classic in Salt Lake City, UT. Although Sophia didn't achieve her U.S. Championships qualification score, it was a great meet for experience and preparation for the GK U.S. Classic for her. Three weeks later, Sophia competed at the GK U.S. Classic and has a solid meet. Here, she tied for third on floor and finished ninth all around and achieved her qualifying score for the U.S. Championships. Sophia concluded her 2018 season at her first U.S. Championships and had a fantastic meet finishing seventh on beam, sixth on floor, and eighth all around.

Coming off of a great first elite season, Sophia began her 2019 season at the Houston National Invitational in the elite session. Here, Sophia had a great meet and won the vault, bars, floor, and all around titles. One week later, Sophia competed at the WOGA Classic in the elite session and came away with 6th all around. After attending the February National Team Camp, Sophia was selected to represent Team USA at the City of Jesolo Trophy competition. At Jesolo, Sophia finished sixth all around and qualified to the uneven bars finals where she took fifth.

Sophia began her 2019 summer season at the GK U.S. Classic in Louisville, KY where she had a great meet. Here, Sophia earned the bronze medal on vault and floor, and also earned a sixth place finish in the all around. Three weeks later, Sophia went on to compete at the U.S Championships. Here, Sophia finished 10th all around, making the U.S. Junior National Team. Sophia also brought home a bronze medal on vault.

As a senior elite in 2020, Sophia was selected to represent Team USA at the Friendship and Solidarity Competition in Tokyo, Japan in November. Here, Sophia helped Team USA win a silver medal in the team competition.

Currently, Sophia trains 32 hours per week under coaches Costela Mihauic and Juan Corso at Discover Gymnastics. Sophia has already committed to the University of Florida where she will join their gymnastics team in the fall of 2022. 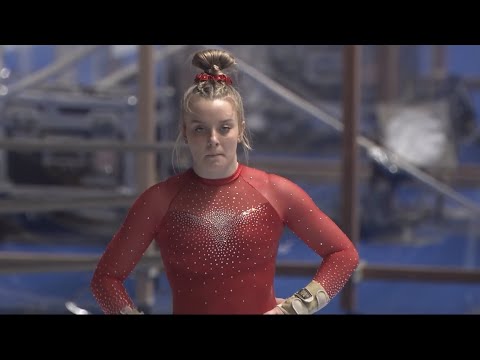 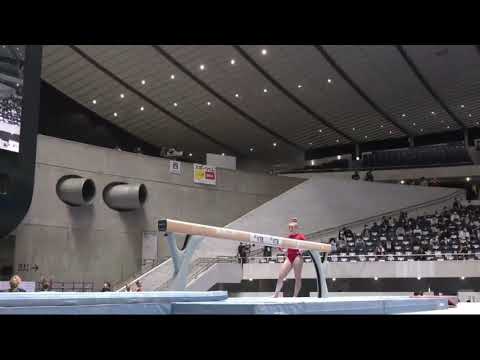 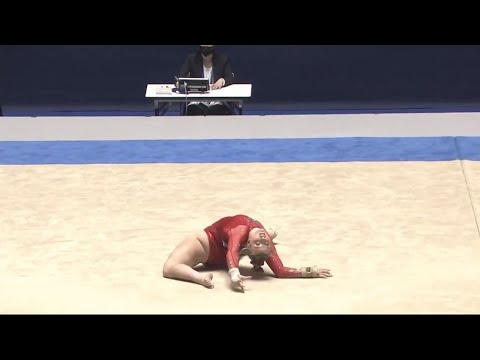