Skyler Chiabai got her start in gymnastics at the age of seven as her neighbor was a level 8 gymnast and Skyler wanted to learn the skills her neighbor could do. Skyler began taking classes and then was eventually invited to join the team program at Fit Kids Gymnastics. During the fall 2012 season, Skyler competed level 4 and went on to finish third on bars at the SoCal North State Championships. Due to the USAG Skill/Level change, Skyler competed a second year of level 4 during the 2013 season. Skyler competed her final year of compulsories as a level 5 during the 2014 season and finished in the top 10 on vault at SoCal North State Championships.

Following the 2015 season, Skyler began training at Broadway Gymnastics School. Skyler competed level 6 during the 2015 season and finished third on vault at the SoCal State Championships. Skyler began her 2016 level 7 season at the San Francisco Classic. Here, she took second on beam and floor. In April at the SoCal State Championships, Skyler won the floor title and earned the bronze medal in the all around. From State, Skyler qualified to the Region 1 Championships and came home with a bronze medal on vault.

Skyler got her 2017 level 8 season started at the Lady Luck Invitational and took second on vault and beam as well as third all around. Skyler had a great level 8 season and in March at the SoCal State Championships, she won the all around title as well as a silver on vault. For the second year, Skyler qualified to the Region 1 Championships. Here, Skyler concluded her season winning the floor and all around titles.

Coming off of a great level 8 season, Skyler began her 2018 level 9 season at the San Diego Classic where she earned a silver on vault and fourth all around. Two months later at the SoCal State Championships, Skyler finished fifth on floor. Skyler concluded her season one month later at the Region 1 Championships taking fifth on vault.

Skyler competed level 10 for the first meet of the 2019 season and finished fourth on vault, and then competed level 9 for the remainder of the season. After her first meet in January, Skyler didn't compete again until the Region 1 Championships. However, Skyler didn't miss a beat and won the beam and all around titles and qualified to the Western Championships. Skyler finished up her season at Westerns winning the vault title, second on beam, and seventh in the all around.

As a level 10 in 2020, Skyler began her season at the Lady Luck Invitational where she took second on vault. Skyler competed at three more meets throughout the season before the season was unfortunately canceled due to the COVID-19 pandemic.

Favorite Quote: "Nothing is impossible, the word itself says 'I'm possible'!" - Audrey Hepburn 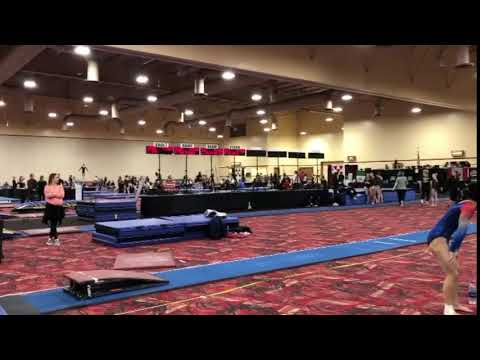 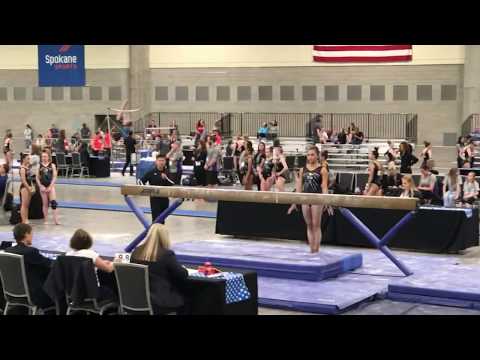 Front Handspring On, Pike 1/2 Off