Skylar Draser got her start in gymnastics at the age of three after she loved to play on the monkey bars and would flip around the house. Skylar quickly took to gymnastics and progressed quickly. Skylar began competing in December 2012 as a level 5 with Gold Medal Gymnastics Huntington. As a level 5, Skylar placed third on vault and fifth all around at the New York Early State Championships.

As a level 9 in 2016, Skylar opened up her season at the Brestyan’s Invitational. Here, Skylar took home silver medals on beam and in the all around. Skylar placed second all around at her next two meets as well. At the New York State Championships, Skylar had a great meet, winning the beam title, taking second all around, and third on vault and floor. Skylar qualified to regionals, and at regionals she placed third on bars and floor and fourth all around.

Following her 2016 level 9 season, Skylar began training with Infiniti Elite Gymnastics. Skylar competed level 10 during the 2017 season and also participated in Hopes Qualifiers. Skylar had a great first level 10 season and made it to the JO National Championships. Three weeks after competing at JO Nationals, Skylar competed at the Parkettes National Elite Qualifier. Skylar just missed her Hopes 12-13 optional score, but still had a great meet and placed third on vault.

Skylar began her 2017-2018 season at the Myrtle Beach Cup Elite Compulsory Qualifier. Here, Skylar achieved her Hopes 12-13 compulsory score. Skylar competed her first level 10 meet of the season at the Atlanta Crown Invitational where she took sixth place on vault. In early February, Skylar competed at the Buckeye National Elite Qualifier. Skylar had a fantastic meet and earned her Hopes 12-13 optional score, qualifying Hopes and earning a ticket to the 2018 Hopes Classic in July. At her next level 10 meet of the season, the Magical Classic, Skylar took home gold medals on vault, beam, floor, and in the all around. Skylar went on to compete at the New York State Championships where she earned a silver medal in the all around as well as a bronze medal on bars. Skylar moved on to the Region 6 Championships where she placed third on bars and fourth all around, qualifying to her second JO Nationals.Skylar had her best meet of the season at JO Nationals and placed ninth on floor and eighth all around.

Skylar began her 2019 season as a level 10 at the Brestyan's Invitational where she brought home gold medals on vault, bars, and in the all around. Two weeks later, Skylar competed at the Buckeye National Elite Qualifier where she had a solid competition, winning the vault title and finishing second all around. Unfortunately, Skylar wasn't able to continue her 2019 season but is expected to come back strong for the 2020 season.

With the goal to qualify junior elite in 2020, Skylar began her season in December 2019 at the Yellow Jackets Elite Compulsory Qualifier where she earned her junior elite compulsory score. Skylar competed one meet of level 10 during the season which took place the ENA Invitational in January. Here, Skylar won the vault title with a 9.825. At the end of February, Skylar competed at the Everest National Elite Qualifier where she earned her junior elite optional score, qualifying to the American and U.S. Classic competitions. Unfortunately, due to the COVID-19 pandemic, Skylar's season was cut short as the remainder of the season was canceled.

Due to the remainder of the 2020 season being canceled, USAG allowed for all Hopes and Elite Qualifiers to retain their qualifying score for the 2021 season. With this, Skylar will keep her senior elite compulsory score for the 2021 season. Skylar began her 2021 season at the Parkette Invitational where she competed level 10 and won the bars, beam, and all around titles. In April, Skylar competed in the Parkettes National Elite Qualifier where shew on the vault and all around titles and earned her senior elite optional score, qualifying to the American and U.S. Classic Competitions as a senior elite. Two weeks later, Skylar competed bars and beam at the American Classic and concluded her season in May at the U.S. Classic.

Currently, Skylar trains 26 hours per week at Parkettes Gymnastics. In the future, Skylar’s goal is to represent Team USA at international competitions, including the 2024 Olympic Games. Skylar is verbally committed to the University of Florida and will join their gymnastics program in the fall of 2023.

Favorite Quote: "There may be people that have more talent than you, but theres no excuse for anyone to work harder than you do." - Derek Jeter 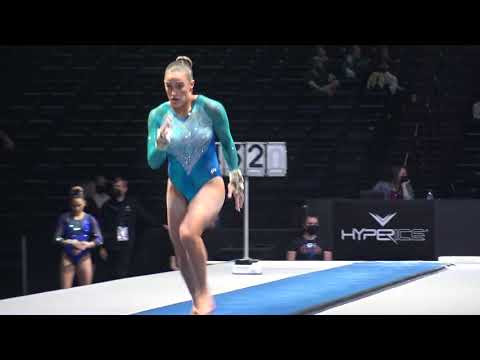 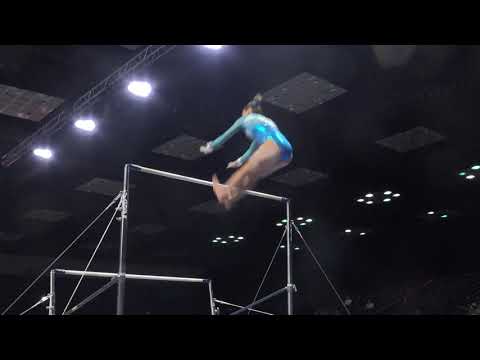 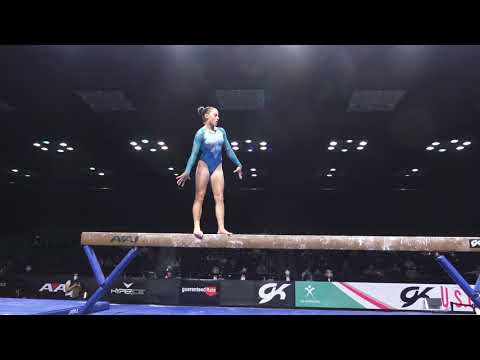 Round Off, Double Back Dismount

Front Tuck thru to Double Back

Front Layout 1/1 thru tu Double Back