Sienna Robinson started gymnastics at the age of five when she went to a class with a friend. Shortly after, Sienna began competing with Salcianu Elite.

Sienna’s 2017 season started off at the 2017 Brestyan’s Las Vegas National Elite Qualifier where she aimed to qualify junior elite. Out of 37 gymnasts trying to qualify junior elite, Sienna placed 12th and scored a 50.300 in the all around, qualifying for junior elite. After the qualifier, Sienna began training at Brown’s Gymnastics in Las Vegas, NV. A couple months later, Sienna competed at the American Classic where her goal was to qualify for the P&G Championships; Sienna would need a 50.500 to do this. Sienna obtained the qualifying score by scoring a 50.800 at the meet. Sienna’s next meet was the US Classic where she placed 7th on floor. Three weeks later, Sienna competed at the P&G Championships in Anaheim, CA. After two days of competition, Sienna finished 18th all around.

Sienna missed out on her 2018 season due to injuries, but came back strong for 2019 and began her season at the Lady Luck Invitational where she took second on bars and beam. Three weeks later, Sienna competed at the Gliders National Elite Qualifier where she won the floor title and earned her qualifying score to qualify to the American and U.S. Classic competitions. In June, Sienna was invited to compete at the Junior World Trials. Although she did not make the team, Sienna did earn her qualifying score for the U.S. Championships. Shortly after competing at Junior World Trials, Sienna competed at the American Classic in Salt Lake City, UT. Here, Sienna had a great meet, tying for fifth all around and taking home medals on bars, beam, and floor. One month later, Sienna was ready to compete at the GK U.S. Classic but unfortunately took a hard fall in podium training and decided it would be best to sit out the competition and rest up for the U.S. Championships. Sienna had a strong showing at the U.S. Championships.

Currently, Sienna trains 30 hours per week under coaches Wendy McGee and Kyle Khou at Brown’s Gymnastics. In the future Sienna hopes to make the 2024 Olympic Team.

Favorite Quote: "If people are not laughing at your goals, your goals are too small." 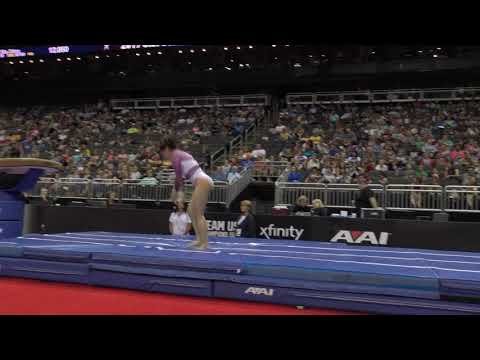 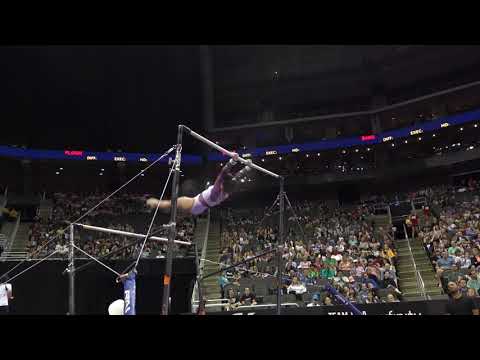 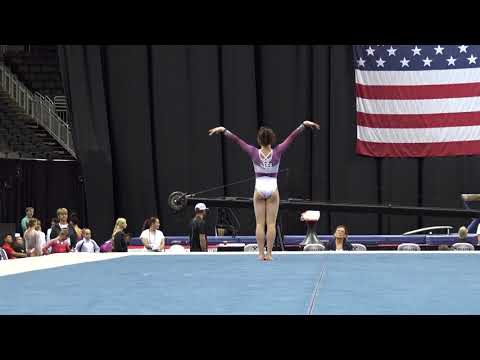