Samantha Brogden was an active child and climbed on everything, so when she was three years old her parents enrolled her in a gymnastics class. Samantha loved it and quickly took to it. Soon, Samantha joined the team and began competing level 2 in 2011. In 2012, Samantha competed level 4 and went on to place second on vault and third on bars and in the all around at the Texas South State Championships. During the spring 2013 season, Samantha competed level 5, but then competed level 4 during the fall season due to the USAG skill/level change. Samantha had a great level 4 season and finished as the Texas South State vault champion. Samantha also qualified to the Texas State Championships where she placed sixth on floor.

During the spring 2014 season, Samantha competed level 5 and in 2015, Samantha began her optional career as a level 7. Samantha began her 2015 season at the Alamo Classic where she won the vault and floor titles. Samantha had a great level 7 season and went on to place 6th on floor at the Texas State Championships as well as qualify to the Region 3 Championships where she earned a bronze medal on floor. During the summer of 2015, Samantha participated in TOPs Testing and went on to make the TOPs National B Team.

Samantha began her 2016 level 8 season at the Alamo Classic where she won the beam title and placed fourth all around. Samantha continued to improve throughout the season and finished in the top 5 on bars, beam, floor, and in the all around at state. Samantha also qualified to regionals where she placed fourth on floor.

In 2018, Samantha opened up her season at the Chow's Challenge Elite Compulsory Qualifier where she earned her Hopes 12-13 compulsory score for a second year. Samantha competed her first level 10 meet the same weekend and placed second on beam and third on vault. Samantha concluded her 2018 level 10 season at the Biles Invitational where she placed fifth on vault and floor.

As a second year level 10, Samantha began her 2018-2019 season at the All Star Challenge and came home with gold medals on vault and floor. Three months later, Samantha competed at the Texas State Championships and came home with a bronze medal on vault and qualified to the Region 3 Championships. At regionals, Samantha finished fourth on floor. Following regionals, Samantha began training at Mavericks Gymnastics. In June, Samantha competed at the Auburn National Elite Qualifier where she won the vault, beam, and all around titles.

Samantha began her 2020 season competing level 10 at the Biles International Invitational. Samantha was only able to compete vault at this meet but finished in the top 10. Unfortunately, shortly after, the season was canceled due to COVID-19.

Currently, Samantha trains 33 hours per week at Mavericks Gymnastics. In the future, Samantha's goal is to represent team USA at the World Championships and Olympic Games and earn a scholarship to a division 1 school for gymnastics.

Favorite Quote: "Everyone gets knocked down, champions get back up." 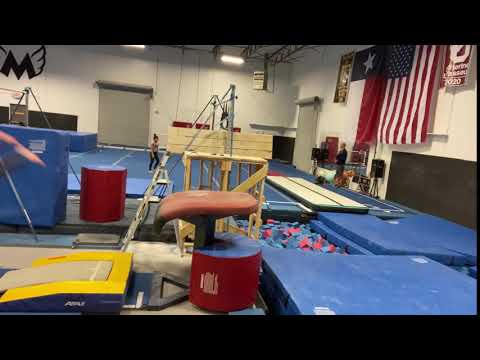 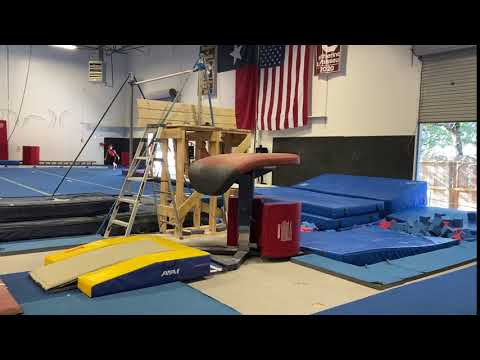