Paislee Bell got her start in gymnastics at the age of three after her mom caught her flipping around the house and climbing on everything. Paislee loved the sport right away and began improving. Paislee began competing in fall 2014 as a level 1 with Maximum Athletic Center. During her first season of competitive gymnastics, Paislee made it to the District 5 Championships where she finished fourth on bars and fifth all around.

During the 2015-2016 season, Pasilee competed level 2 and had her best meet at the Houston National Invitational where she won the bars, beam, floor, and all around titles. The next fall season, Paislee competed level 3. Paislee had a great level 3 season and finished up her season at the Texas South State Championships where she brought home gold medals on bars and beam and earned a silver medal in the all around. Prior to competing at the South State Championships, Paislee began training at World Champions Centre.

Competing level 4 during the 2017 season, Paislee kicked off her season at the Boots & Bling District 5 Qualifier and finished fourth on bars. Paislee completed her level 4 season at the South State Championships and earned second place on bars. Paislee competd her first level 5 meet in February 2018 at the Biles Invitational where she finished second on floor and third on beam. Paislee finished her compulsory season in the fall of 2018 and finished as the Texas State beam champion as well as a second place finish in the all around and third on bars.

Paislee began her optional season as a level 7 at the Kurt Thomas Invitational. Paislee continued to improve throughout the season and finished 8th on floor with a 9.700 at the Texas State Championships. From state, Paislee made it to the Region 3 Championships where she had her best meet of the season, bringing home a silver medal on bars and fifth all around.

Competing level 8 during the 2020 season, Paislee kicked off her season at the Alamo Classic where she had a great meet finishing second on bars and third on floor and the all around. Paislee improved her all around score at each meet throughout the season and had her best showing at the Biles International Invitational in February. Here, Paislee won the bars, floor, and all around titles. Unfortunately, due to the COVID-19 pandemic, Paislee's season was cut short as the remainder of the season was canceled.

Paislee kicked off her 2021 season as a level 9 at the Biles Invitational where she earned a silver medal on floor. She continued to progress and qualified to Texas State Championships. Here, she won silver on floor, bronze on vault and gold on bars & AA. From there Paislee qualified to Region 3 Championships and took home the gold medal on beam and silver AA with a 37.750. She finished her season strong at the Western Championships with bronze win on floor.

Currently, Paislee trains 34 hours per week under coaches Brian Gemberling, Jie Ling, and Cecile Landi at World Champions Centre. Paislee's goal for next season is to stay positive, have fun, and be the best she can be. In the future, Paislee hopes to earn a college scholarship for gymnastics.

Favorite Quote: I can do ALL things through Christ who strengthens me. 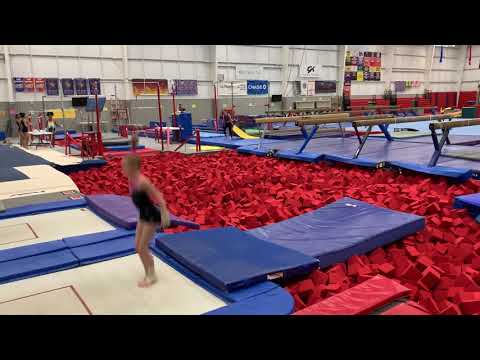 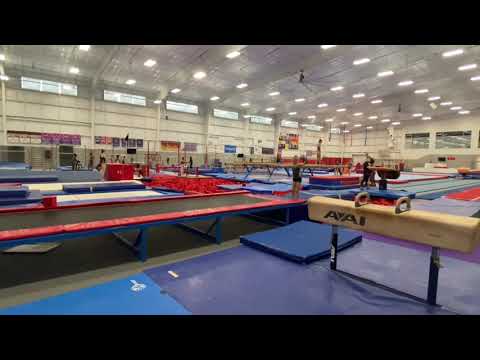