A few months after Olivia was born, her mom opened a gym, Athletic Edge Sports Center, and Olivia grew up playing in the gym. While at home, Mary Jo would teach Olivia new skills. Olivia began competing in December 2010 as a level 4 with Athletic Edge. Olivia had a great first season of competitive gymnastics and finished her season at the New York State Team Cup where she took home silver medals on beam, floor, and in the all around. Olivia competed level 5 during the 2011-2012 season, and competed her last year of compulsories, level 6, during the 2012-2013 season. As a level 6, Olivia placed in the top 3 in the all around all season long and went on to win the floor title and place second on vault, bars, and in the all around at the New York State Championships.

Olivia’s optional career began in October 2013 as a level 6. Olivia only competed two meets of the "new" level 6 and began competing level 7 in December. At her first level 7 meet of the season, the Greater NY Gymnastics Invitational, Olivia placed second on vault and third on floor and in the all around. Olivia continued to improve throughout the season and finished her season at state with a bronze medal on bars. Just two weeks after state, Olivia competed her first level 8 meet at the Princess Classic. Here, Olivia had a great meet and won all four events and the all around.

Olivia kicked off her 2017 season at the Parkettes Elite Compulsory Qualifier where she earned her compulsory score for Hopes 12-13. Olivia competed her first level 10 meet the same weekend, and won the vault, bars, and all around titles. Just two weeks later, Olivia competed at the Brestyan’s Las Vegas National Elite Qualifier with the goal of earning her Hopes 12-13 Optional Score. Olivia had a fantastic meet taking fourth all around with a 49.550, and qualified for the Hopes Classic. After qualifying Hopes, Olivia finished up her level 10 season and went on to win the vault, floor, and all around titles at state. Olivia moved on to regionals where she won the vault and bars titles and placed eighth all around, qualifying as a first alternate to the JO National Championships. Following her level 10 season, Olivia was supposed to compete in the Hopes Classic to qualify for the Hopes Championships, but had to pull out due to a nagging injury.

Olivia entered the 2018 season as a level 10 with the goal to qualify Junior Elite. Olivia began her season at the Rutgers Color Games where she won the bars title. One month later, Olivia competed at the WOGA Classic where she won the all around with a 38.475, and qualified to the Nastia Liukin Cup. Olivia competed for the first time on podium at the Nastia Liukin Cup and placed second on floor and fourth on vault. A week after competing at the Nastia Liukin Cup, Olivia competed at the KPAC Cup National Elite Qualifier. On the first day of competition, Olivia earned her Junior Elite Compulsory score, with a highlight of scoring a 9.900 on bars. On the second day, Olivia earned her Junior Elite optional score with a 51.650, qualifying Junior International Elite. In order to focus on elite, Olivia did not finish out her level 10 season.

In June, Olivia competed at the Brestyan’s National Elite Qualifier to gain competition experience and to prepare for the American Classic. Olivia had a great meet at the qualifier and won the vault and all around titles. Olivia competed at the GK U.S. Classic on July 28 in Columbus, OH. Here, Olivia had a solid meet, taking home a bronze medal on floor and placing sixth on beam. Olivia finished her season at the U.S. Championships and had a fantastic two day competition. Olivia walked away medaling on bars, floor, and in the all around, and as a member of the Junior U.S. National Team.

As a member of the national team, Olivia began her 2019 season at the February National Team Camp and was chosen to represent Team USA at Gymnix International in Montreal, Canada in March. At Gymnix, Olivia helped lead the Team USA juniors to gold and took second in the all around. Olivia also qualified to all four event finals and finished second on vault and floor. In June, Olivia was invited to compete at the Junior World Championship Trials. Here, Olivia earned sixth in the all around. Just six weeks later, Olivia went on to compete at the GK U.S. Classic where she had a fantastic meet, winning the bars title and finishing third all around as well as earning a medal on beam. Olivia concluded her junior elite career at the U.S. Championships where she came home with the bars title, a bronze in the all around, and medals on vault and floor.

Favorite Quote: "Dreams don't work unless you do." 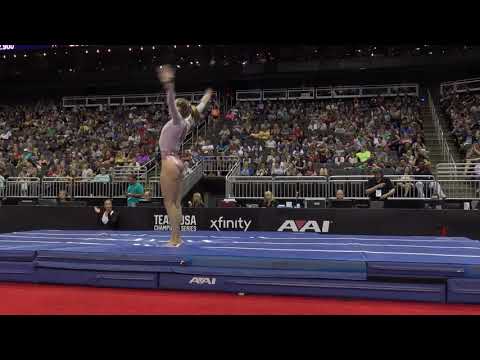 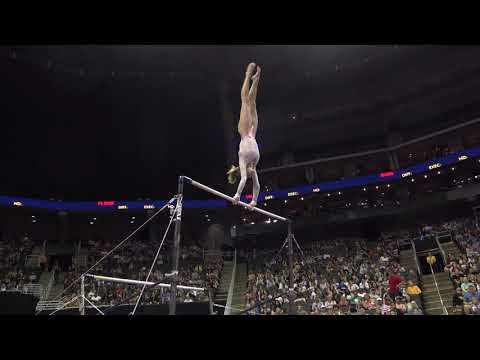 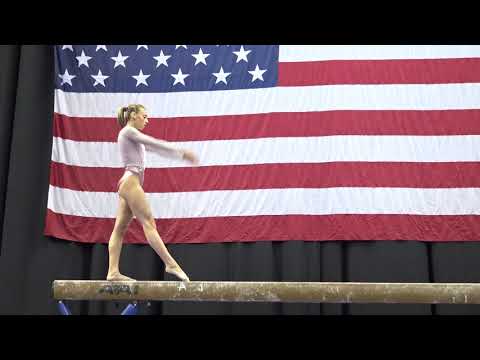 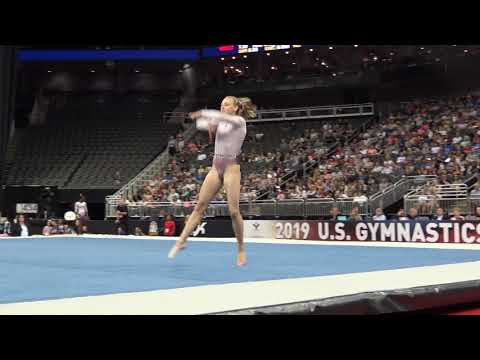