Myli Lew began gymnastics just before the age of 3 when she attended mommy and me classes at Peninsula Gymnastics in San Mateo, California. Myli was quickly moved up to the gym’s hot shots program; and by age 4, she began the “Tiny TOPs” program where she began training skills for TOPs. Myli began competing at the age of 6 with Peninsula Gymnastics in level 3 where she won the beam title and placed second on bars, floor, and in the all around at the NorCal South State Championships. Following the 2013 level 3 season, Myli made the 2014 TOPs Diamond Team and began training with San Mateo Gymnastics.

Myli’s transition to San Mateo Gymnastics was smooth and successful. At the 2014 NorCal Level 4 South State Meet, Myli finished second on bars and first on vault, beam, and in the all around with a 38.050. Myli competed one meet in 2015 as a level 5 at the Winter Invitational where she won the all around and beam titles. She missed the rest of the 2015 season due to injury, but made the 2015 TOPs National A Team.

As a level 7 in 2016, Myli had a fantastic season placing first all around at all but one meet (her first meet). In January 2016, Myli was invited to Developmental Camp and became a regular developmental camp attendee. At the NorCal Level 7 State Championships, Myli placed second on vault and won the bars, beam, and all around titles. Through the State Championships, Myli was named to the NorCal State Team which she would compete for at the 2016 Region 1 Championships. At Regionals, Myli had the best meet of the season winning the bars title with a 9.850 and the all around with a huge 38.600! Following level 7, Myli competed level 8 in 2017 and placed in the top 3 in the all around at all of her meets. Myli had her career high all around score at the 2017 NorCal Level 8 State Meet with a 38.800 and golds on all four events plus the all around. Myli made the NorCal State Team for the second year in a row and at regionals, she won the beam title with a 9.800 and took home third place all around in some tough competition with a 38.375.

Myli opened up her 2018 level 9 season at the Fiesta Bowl Invitational where she won the beam title and placed second all around. Myli went on to finish her season at the NorCal State Championships and came home with gold medals on beam, floor, and in the all around. Unfortunately, due to a minor injury, Myli was not able to compete at regionals. Myli was able to come back from her injury to compete at the Auburn National Qualifier at the end of May. Here, Myli earned her compulsory and optional scores for Hopes 10-11, earning a spot at the Hopes Classic at the beginning of July. Seven weeks later, Myli traveled to Salt Lake City, UT to compete at the Hopes Classic. Myli had a great meet here, and took home gold medals on bars and beam as well as a silver in the all around, punching a ticket to the Hopes Championships. Myli had another fantastic meet at the Hopes Championships, and walked away with a gold medal on bars, silver medal on floor, and bronze medal in the all around.

Myli began her 2019 season at the Lady Luck Invitational where she took third on bars. Three weeks later, Myli competed at the Gliders National Elite Qualifier and earned her Hopes 12-13 optional score, qualifying to the Hopes Classic. Unfortunately, Myli was not able to finish her season, but is expected to come back strong for the 2020 season.

Myli kicked off her 2020 season competing level 10 bars at Gymnastics in Paradise where she won the bars title. In February, Myli earned her Hopes 12-13 optional score to qualify for the Hopes Classic. Unfortunately, due to the COVID-19 pandemic, Myli's season was cut short as the remainder of the season was canceled. Due to the remainder of the 2020 season being canceled, USAG allowed for all Hopes and Elite Qualifiers to retain their qualifying score for the 2021 season. With this, Myli qualified to the 2021 Hopes Classic in the 13-14 division.

In 2021, Myli began her season at the Deltchev Invitational where she competed her only level 10 meet of the season. Here, Myli came in fifth on bars and beam. In April, Myli competed at the Hopes Classic where she had a phenomenal meet, winning the bars, beam, floor, and all around titles in the 13-14 division. From the Hopes Classic, Myli moved on to the Hopes Championships where she concluded her season winning a gold medal on bars, a silver on floor, and bronze medals on beam and in the all around.

Currently, Myli trains 34 hours a week under coaches Armen Astoian and Oskana Bystrova at San Mateo Gymnastics. In the future, Myli hopes to earn a college scholarship for gymnastics as well as a spot on the US National Team.

Favorite Quote: "If you can dream it, do it." 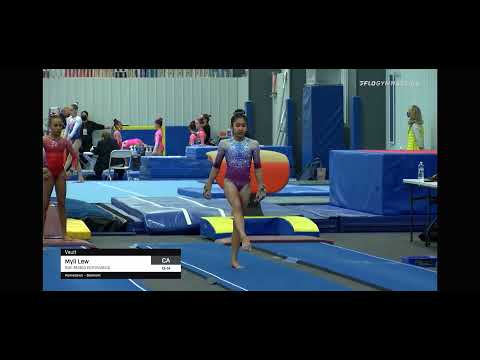 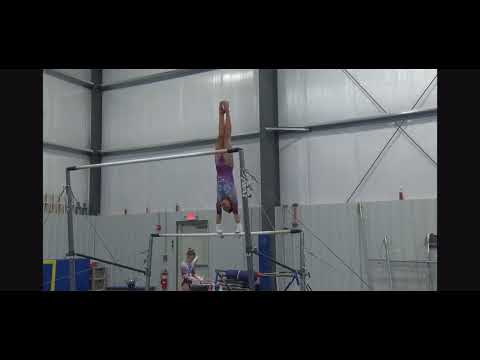 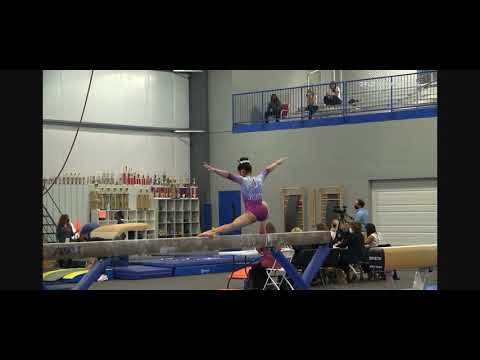 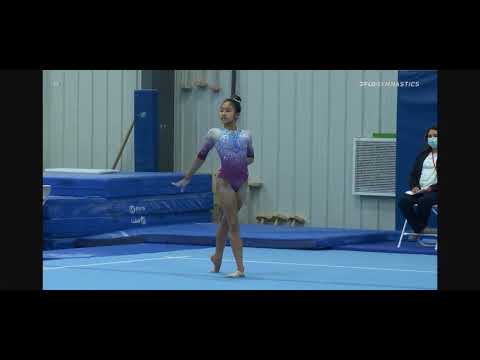