Morgan Trevor began gymnastics at the age of 8 in the Summer of 2010 at a new gym in their town of Canton, Georgia. Morgan tried out at the gym, Zenit Gymnastics, and made the team as a level 2. Morgan began competing in 2011 in the fall as a level 4 with Zenit Gymnastics; she competed as a level 5 in the Spring season where she won the bars, beam, and all around titles at the Georgia Compulsory Spring State Championships.

In the Summer of 2012, Morgan and her family moved to Texas and Morgan began training at WOGA. Morgan competed one meet as a level 6 in the Spring of 2013 at the WOGA Classic. In 2014, Morgan competed level 7 and had a stellar season. At the 2014 Texas Level 7 State Championships in a tough age division, Morgan placed third on beam with a 9.750 and seventh all around with a 38.325 which qualified her to regionals. Morgan had an even better meet at the Region 3 Championships where she won the bars title with a huge 9.9 and the beam title with a 9.725. Morgan took home the silver medal in the all around with a 38.425. Morgan began competing level 8 in 2015 where she won her first meet with a 38.025 as well as her second meet with a huge 38.750. Morgan went on to place second at the Texas Level 8 State Championships with a 38.425 and qualified to regionals where the won the bars and beam titles, and placed second all around with a 38.400.

After her level 8 season, Morgan began training for level 9 as well as Hopes as her goal was to qualify for Hopes during the 2016 season. Morgan opened up her level 9 season at the Texas Prime Meet where she won the bars and all around titles. Before her level 9 state meet, Morgan competed at a National Elite Qualifier and qualified for Hopes in the 12-13 age division. Morgan went on to compete at the Texas Level 9 State Meet where she placed second on beam and fifth all around. Morgan had a great meet at regionals where she placed first on bars and beam, both with a 9.675 and placed second all around with a 38.475 which qualified her to Westerns. At Westerns, Morgan placed third on beam and fifth all around. After her level 9 season concluded, Morgan prepared for the Hopes Classic where she could qualify to the Hopes Championships if she placed in the top 18 in the all around. The 2016 Hopes Classic took place on May 14 at the National Team Training Center in Huntsville, Texas. Morgan had an extremely solid meet and placed second on beam with a 14.150 and fifth all around with a 52.950. Her fifth place all around finish qualified Morgan to the Hopes Championships. At the Hopes Championships on June 3rd in Hartford, Connecticut, Morgan had another great meet placing second on floor and eighth all around. Her 2016 season had concluded and it was now time to work on her skills for the 2017 season where she would be competing level 10 and aiming to qualify junior elite.

Morgan began her 2017 Level 10 season at the Texas Prime Meet where she won the floor title and placed third all around. In addition to competing in the level 10 session at the WOGA Classic, Morgan also competed in the elite session on bars and beam. At the Texas Level 10 State Championships, Morgan had a fantastic meet and placed second on vault, first on bars, and second all around with a 38.125. Morgan qualified to the 2017 JO National Championships through Region 3 Regionals where she placed third on vault, floor, and in the all around. At the 2017 JO National Championships, Morgan had a great meet placing 7th on beam, 6th on floor, and 7th all around. Following JO Nationals, Morgan competed at the Parkettes National Elite Qualifier where she qualified junior elite and placed third all around with a 50.100. Morgan then went on to compete at the American Classic where she had a solid first elite meet. At the US Classic, Morgan hit her routines and finished strong.

Morgan began her 2018 elite season at the WOGA Classic where she competed bars, beam, and floor. Morgan had planned to compete at the Auburn Elite Qualifier in May, but unfortunately sustained an injury during warm up and war unable to compete during the rest of the elite season.

Aiming to qualify senior elite in 2019, Morgan began her season at the WOGA Classic in the international elite session and finished seventh on floor and eighth on bars. Morgan concluded her season at the Biles National Elite Qualifier where she finished third all around.

Competing level 10 in 2020, Morgan kicked off her season at the WOGA Classic where she finished ninth on floor. In February at the Nadia Comaneci Invitational, Morgan won the all around title. Unfortunately, shortly after, the season was canceled due to COVID-19.

Morgan started her 2021 season at Texas Prime where she placed top 10 on bars, floor & AA. She concluded her season at WOGA Classic finishing top 5 on every event and all around.

Favorite Quote: "Hard days are the best because that's when champions are made." -Gabrielle Douglas 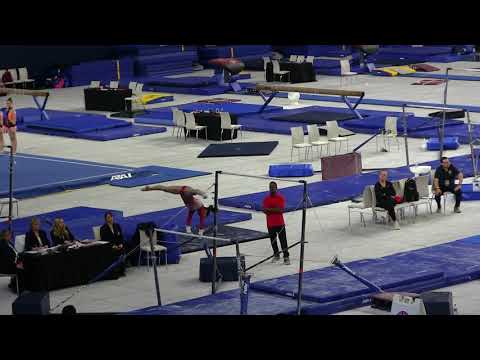 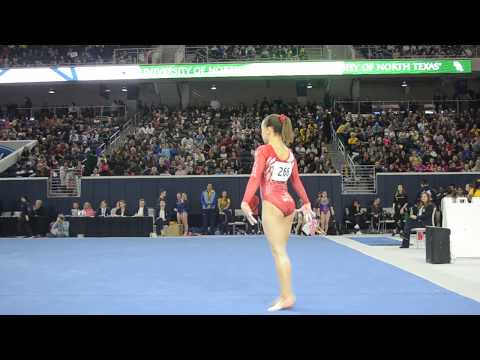 Round Off, Whip, Whip, Back Handspring, Double Pike