Mia Heather got her start in gymnastics at the age of five in a tumbling class with her friend in kindergarten. Mia took to the sport right away and began competing just two years later as a level 4 with American Gymnastics Club. Mia had an amazing first year of gymnastics winning five out of the seven meets she competed in and finished first on vault, beam and in the all around at the NorCal North State Championships. Due to the USAG skill/level change in 2013, Mia competed a second season of level 4 during the 2013 season. At her first meet of the season, the NAWGJ Judges Cup, Mia won the all around title and finished second on bars, beam, and floor. Two months later at the NorCal State Championships, Mia won the bars, beam, floor, and all around titles. Mia competed three meets of level 5 during the spring of 2014 and finished in the top 3 in all three of the meets.

Following her level 5 season, Mia began training with San Mateo Gymnastics. Mia began her optional career as a level 7 as a member of Team NorCal at the National Judges Cup Championships. Here, Mia won the bars, beam, and all around titles. Mia continued to have a great season and went on to win the bars, beam, floor, and all around titles with a 38.875 at the NorCal State Championships. From state, Mia advanced to the Region 1 Championships as a member of Team NorCal and finished third on beam and floor with scores of 9.650 and 9.850, respectively.

After a very successful level 7 season, Mia was invited to Developmental Invite Camp and attended camps throughout 2016. Mia also competed level 8 during the 2016 season and began her season at the Golden State Classic where she finished second on bars. Two months later at the NorCal State Championships, Mia won the bars and beam titles and took third all around. For the second year in a row, Mia advanced to the Region 1 Championships as a member of Team NorCal. Mia concluded her season at regionals with a third place finish on bars.

Competing level 9 during the 2017 season, Mia kicked off her year at Gymnastics In Paradise where she finished second on bars and third on vault. Mia continued to improve throughout the season and finished in the top 5 on vault and floor at the NorCal State Championships. Mia then went on to the Region 1 Championships where she finished second on beam and fourth all around to advance to the Western Championships. Mia finished up her season at the Western Championships with a great showing earning a silver medal on beam and bronze in the all around.

As a second year level 10 with the goal to qualify elite in 2019, Mia began her season at the Lady Luck Invitational where she won the bars and all around titles. Mia continued to have a great season and finished third on beam at state. Mia had her best meet of the season at the Region 1 Championships where she earned gold medals on bars, beam, and in the all around advancing to the JO National Championships. At JO Nationals, Mia finished in the top 20 on beam. Three weeks after JO Nationals, Mia competed at the Auburn National Elite Qualifier and earned her junior elite qualifying score to qualify to the 2019 American and US Classic Competitions. In June, Mia traveled to Salt Lake City to compete at the American Classic. In her first major elite competition, Mia finished in the top 20 on beam. Mia concluded her season one month later at the GK U.S. Classic with a strong showing.

Mia missed out on the beginning of the 2020 season due to injury and was hoping to come back for the end of the season, but unfortunately the COVID-19 pandemic caused the remainder of the season to be canceled and Mia was unable to compete.

Currently, Mia trains 30+ hours per week under coaches Armen Astoian and Oksana Bystrova at San Mateo Gymnastics. In the future, Mia hopes to earn a college scholarship for gymnastics.

Favorite Quote: "I'd rather regret the risks that didn't work out than the chances I did not take at all." - Simone Biles. 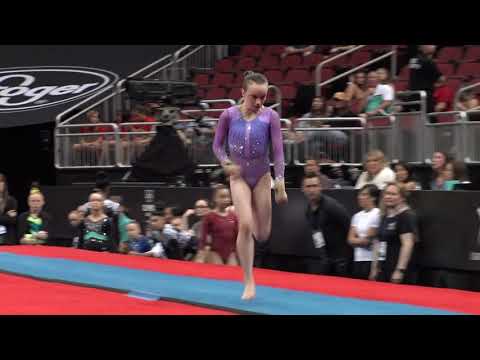 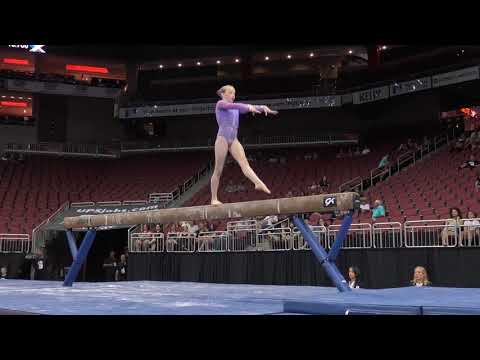 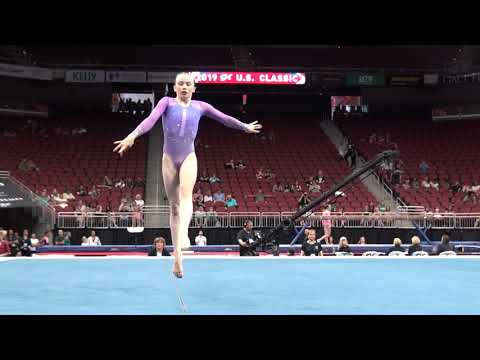