Mahleea Werline got her start in gymnastics at just 12 months old in a mommy and me class. In 2011 at the age of six, Mahleea began competing level 4 with Afterschock Gymnastics. The next season, Mahleea competed level 3 due to the USAG skill/level change. As a level 3, Mahleea finished second on vault and floor at the 2013 SoCal South State Championships. Mahleea competed level 4 in 2014 and won her first meet of the season. She completed her level 4 season at the SoCal South State Meet where she placed third on bars.

Mahleea began her optional career as a level 6 at the 2015 Arizona Grand Invitational where she placed first on floor and fifth all around. Mahleea competed three meets of level 6 and then moved up to level 7. At the SoCal Level 7 State Championships, Mahleea took home the bars title and qualified for the Region 1 Championships. At Regionals, Mahleea had a great showing and placed first on bars and second on floor.

Mahleea opened up her 2016 Level 8 season at the Palm Springs Gymnastics Cup where she won the bars and floor titles. Throughout the season, Mahleea continued to improve on all four events and went on to win the floor title at the SoCal State Meet and placed second on beam and floor at Regionals. As a first year level 9 in 2017, Mahleea placed third on floor at the State Championships and 10th all around at Regionals.

In 2018, Mahleea repeated level 9 as well as aiming to qualify Hopes. Mahleea began her 2018 season at the Palm Springs Cup Elite Compulsory Qualifier where she obtained her compulsory score for Hopes 12-13. Mahleea’s first level 9 meet was at the First Bowl Invitational where she placed second on vault and won the floor title. At the same meet, Mahleea competed in the National Elite Qualifier in the Hopes 12-13 division. Unfortunately, Mahleea missed her qualifying score, but had a great first elite qualifier showing, placing second on floor. Mahleea continued to have a solid level 9 season and placed second on bars at the SoCal State Championships. Mahleea went on to compete at the Region 1 Championships where she earned the bronze medal on floor and placed sixth all around, qualifying to the Western Championships. At Westerns, Mahleea placed in the top 10 on vault, beam, floor, and in the all around.

Mahleea began her 2019 season at the Rocky Mountain Elite Compulsory Qualifier where she earned her junior elite compulsory score. In March, Mahleea traveled to Montreal, Canada to compete at International Gymnix. Mahleea competed in the junior elite challenge competition and finished 6th all around and qualified to beam finals where she finished 7th. Shortly after, Mahleea competed at the SoCal State Championships as a level 10 and took fifth on beam and eighth all around. One month later, Mahleea competed at the Region 1 Championships where she had a solid competition. Mahleea concluded her season at the Auburn Elite Qualifier in June where she won the bars title and took third on vault as a junior elite.

With the goal to qualify elite in 2020, Mahleea began her season at the Palm Springs Elite Compulsory Qualifier and earned her junior elite compulsory score. Unfortunately, due to the COVID-19 pandemic, Mahleea's season was cut short as the remainder of the season was canceled.

Due to the remainder of the 2020 season being canceled, USAG allowed for all Hopes and Elite Qualifiers to retain their qualifying score for the 2021 season. With this, Mahleea will withhold her compulsory score as she tries to qualify senior elite in 2021.

Currently, Mahleea trains 28 hours per week under coaches Tammy Biggs, Trevor Rubino, and Tammy Salcianu at Salcianu Elite Gymnastics. Mahleea's goal for her 2022 season is to qualify senior elite. In the future, Mahleaa hopes to earn a Division 1 Gymnastics College Scholarship, qualify elite, and represent the US at the 2024 Olympics. 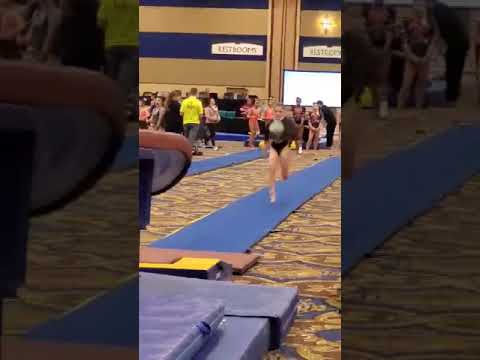 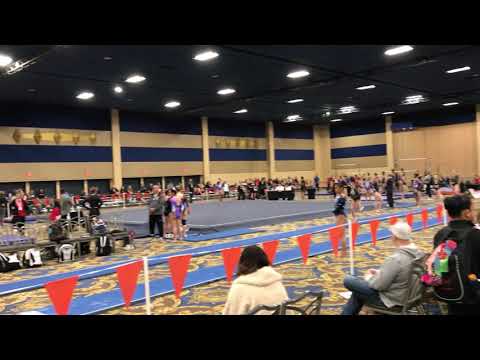