Lundyn VanderToolen began gymnastics at the age of 5 after watching the Olympics on TV and was mesmerized. She begged her mom to put her in gymnastics, and was moved up to pre-team and the TOPs Program at Olympus Gymnastics very quickly. Lundyn began competing level 4 in 2013 and won the all around at the Utah State Championships. After her level 4 season, during the Summer, Lundyn and her team participated in TOPs Testing and made the diamond team.She competed level 5 in 2014 where she also won the all around at the Utah State Championships. Again in the summer after her 2014 season, Lundyn did TOPs Testing and made the TOPs National A Team. During the 2015 Season, Lundyn competed level 7. At her first meet, the Arizona Grand Invitational, Lundyn took home the bars, floor, and all around titles. At the Level 7 Utah State Championships, Lundyn won the vault, bars and floor titles titles with a 9.5, 9.85 and 9.7, respectively. Lundyn came in second on beam with a 9.725 and qualified for regionals as a member of the Utah State Team. Regionals was a tough competition, but Lundyn still managed to place in the top 10 on bars with a 9.725, in the top 10 on beam with a 9.525, in the top 10 on floor with a 9.775, and 7th all around with a 38.475.

At 9 years old, Lundyn opened up her level 8 season at the 2016 All American Hot N Ready Meet. She came in third on beam, second on vault, and first on bars, floor, and in the all around. At the Utah Level 8 State Meet, Lundyn took home the all around title for the 4th year in a row. In addition to the all around, Lundyn took home gold medals on vault, bars, and beam, and a silver on floor. For the second year in a row, Lundyn made the Utah State Team for regionals. Unfortunately, Lundyn had an uncharacteristic meet at regionals, however, she came in third on vault with a 9.575. One week after regionals, Lundyn traveled to Auburn, Washington for the Hopes National Qualifier. At the National Qualifier, Lundyn qualified for Hopes in the 10-11 age group which qualified her to the 2016 Hopes Classic. At the Hopes Classic at the National Team Training Center, Lundyn finished 20th all around with a 46.700, just two places away from qualifying for the Hopes Championships. During the off season, Lundyn was nominated as a Top 45 Nominee for the 2016 International Gymnast Magazine Gymnast of the Year Award. After months of waiting, the selection period was over and Lundyn was named the 2016 International Gymnast Magazine JO Gymnast of the Year.

Although she had a great level 8 season, Lundyn was hungry for more for the 2017 season. Lundyn’s level 9 season began at the Rocky Mountain Invitational where she placed second on vault and beam, and first on bars and in the all around. A month later, Lundyn competed at the Brestyan’s Las Vegas National Elite Qualifier. Lundyn breezed through elite compulsories, scoring a 35.200. Unfortunately, during the optional qualifier competition, Lundyn had a few falls which cost her from obtaining the qualifying score for Hopes 10-11. In hopes of qualifying for Hopes 10-11, Lundyn traveled to Charlotte, North Carolina for the KPAC Cup National Elite Qualifier. Lundyn had a great meet, placed first on all events, and qualified for Hopes 10-11 by over 3 points! By qualifying for Hopes, Lundyn also qualified to the Hopes Classic where she will try to qualify to the Hopes Championships by placing in the top 18 in the all around.

Lundyn opened up her 2018 level 10 season at the Rocky Mountain Invitational but only competed two events. Lundyn's first meet where she competed all around was at the Tampa Bay Turners Invitational where she had a great meet and posted a 9.70 on bars. Two weeks later, Lundyn competed at the Fiesta Bowl National Elite Qualifier. While she just missed out on her optional score, Lundyn earned her Hopes compulsory score. Just weeks later, Lundyn headed to North Carolina to compete at the KPAC Cup National Elite Qualifier where she earned her Hopes Optional score in addition to winning the bars and all around titles. During this time, Lundyn was still competing level 10 and went on to win the beam, floor, and all around titles at the Utah State Championships. Lundyn qualified to the Region 1 Championships where she placed fifth on vault and floor. Lundyn also placed eighth all around: first alternate for JO Nationals.

Although Lundyn's JO season had concluded, her Hopes season was just beginning. On July 6, Lundyn competed in the Hopes Classic in Salt Lake City, UT. Even though Lundyn had a rocky start on beam, she came back and had a solid floor routine as well as a great vault and amazing bar routine. Lundyn came away from the competition with a gold medal on bars, third all around, and a ticket to the Hopes Championships in Columbus, OH. At the Hopes Championships, Lundyn had the meet of her life. Starting off on floor, Lundyn performed a great routine. Lundyn's momentum kept going and she finished the competition with a hit beam routine. After an amazing competition, Lundyn walked home with gold medals on bars and in the all around as well as a bronze on floor and a fourth place finish on beam.

Lundyn began her 2019 season at the Rocky Mountain Invitational where she earned her junior elite compulsory score. At the beginning of February, Lundyn competed at the Gliders National Elite Qualifier and achieved her Hopes 12-13 optional score, qualifying to the Hopes Classic. In March, Lundyn competed as a level 10 at the Utah State Championships and had a fantastic meet, winning the bars, beam, floor, and all around titles as well as a silver medal on vault. Unfortunately, an injury took Lundyn out of the remainder of the season.

With the goal to qualify elite in 2020, Lundyn began her season at the California Grand Invitational as a level 10 where she took second on vault and bars. Three weeks later, Lundyn competed at the Metroplex National Elite Qualifier. Here, Lundyn earned her junior elite compulsory score. Unfortunately right before going to compete at the KPAC National Elite Qualifier, the remainder of the season was canceled due to COVID-19. 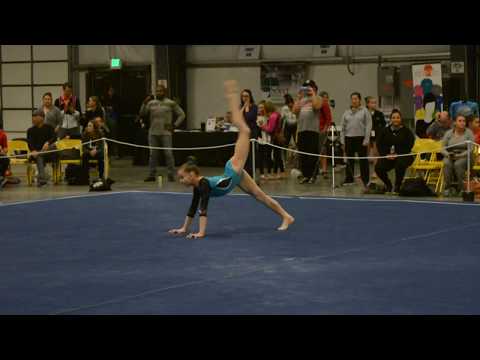 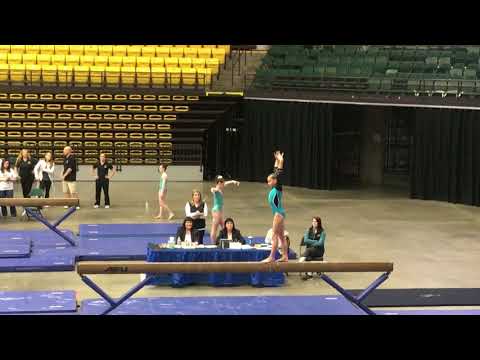 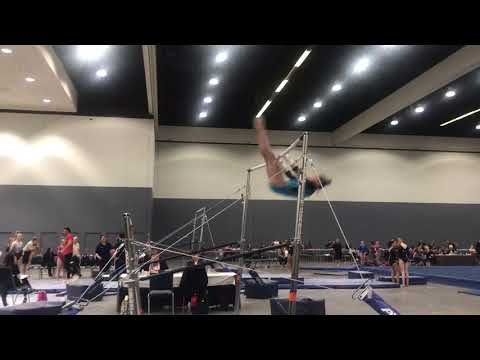