Lily Smith got her start in gymnastics at the age of eight after she watched older girls at cheer doing flips and after watching the Olympics. Lily loved the sport right away and began competing in the fall of 2013 as a level 3 with TRC Gymnastics. At her very first meet, the Hang Ten Invitational, Lily won the bars title and finished second all around. Lily had a great first season of gymnastics and went on to finish second on bars and fourth all around at the SoCal South State Championships.

Competing level 4 during the 2014 season, Lily began her season at the Hang Ten Invitational and came home with a gold medal on beam. Lily had her best meet of her season at the SoCal State Championships where she won the vault and all around titles and finished second on bars and floor.

Following her level 4 season, Lily began training at Coastal Gymnastics and began competing level 6 during the spring 2015 season. At her first level 6 meet, the Palm Springs Cup, Lily brought home gold medals on beam and in the all around. Lily continued to have a solid year and finished her season at the SoCal State Championships with a fifth place finish on bars.

As a level 7 during the 2016 season, Lily was off to a great season which included a first place vault, beam, and all around finish at the SCEGA California Classic. Unfortunately, Lily's season ended early. However, Lily came back strong for her 2017 level 8 season. At her first level 8 meet, Lily took first on bars and third all around. In March at the SoCal State Championships, Lily took second on vault and qualified to the Region 1 Championships. Lily concluded her season at regionals with a first place finish on vault, a second place finish on floor, and a third place finish on bars.

Lily kicked off her 2018 level 9 season at the California Grand Invitational where she finished fifth on floor. Lily continued to improve throughout the season and went on to finish in the top 5 on beam, floor, and in the all around. From state, Lily moved on to the Region 1 Championships where she took third on bars and eighth all around, qualifying to the Western Championships. Lily finished up her great season at Westerns and came home with medals on bars, beam, and in the all around.

Lily missed out on the 2019 season due to injury, and was able to come back for one meet at the end of February 2020 where she competed bars. Unfortunately, due to the COVID-19 pandemic, Lily's season was cut short as the remainder of the season was canceled. 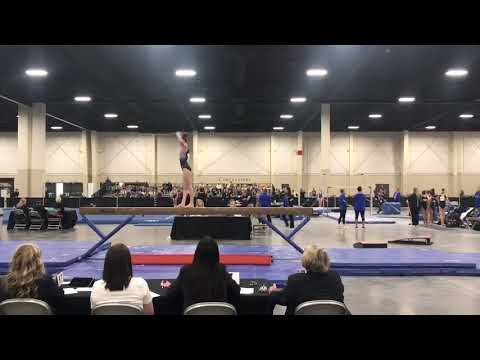