Lexi Zeiss was born on November 4, 2005, to Jess and Dana Zeiss. Lexi began gymnastics at the age of two in a mom and tot class. Lexi took to the sport and began competing in November 2012 as a level 4 with Premier Gymnastics. At her first meet, Lexi took home the silver on floor and bronze medals on bars and in the all around. During the 2014-2015 season, Lexi competed level 5. Lexi had a solid level 5 season and had her best meet at the River City Classic where she won the beam title with a 9.425.

Following her level 5 season, Lexi began training at Omega School of Gymnastics. Lexi’s optional career began in January 2016 as a level 7 at the Chow’s Winter Classic. Here, Lexi took second on bars and third on vault. At her next meet, the River City Classic, Lexi had a great meet and came home with gold medals on vault, bars, and in the all around. Two months later, Lexi competed at the Nebraska State Championships where she won the beam, floor, and all around titles as well as a silver on vault and bronze on bars.

Coming off of a great level 7 season, Lexi opened up her 2017 level 8 season at the NYI Meet. Lexi had a fantastic season opener and won the bars title as well as a second place finish in the all around. Lexi continued to improve throughout the season and went on to win the bars title and take silver in the all around at the Nebraska State Championships. From state, Lexi made the Region 4 Super 8 Team and represented Nebraska at the Region 4 Championships. At regionals, Lexi finished in the top five on vault and floor, and sixth all around.

Lexi kicked off her 2018-2019 season at the Parkettes Elite Compulsory Qualifier. Here, Lexi earned her compulsory score for junior elite. Throughout the 2019 season, Lexi competed level 10 and competed in junior elite qualifiers. In April at the Region 4 Championships, Lexi finished second on floor, third on vault, and fourth all around to qualify to the JO National Championships. Lexi finished her season at the JO National Championships with a strong competition.

With the goal to qualify junior elite in 2020, Lexi began her season at the Peppermint Twist Elite Compulsory Qualifier and earned her junior elite compulsory score. In February, Lexi competed at the Brestyan's Las Vegas National Elite Qualifier. Here, Lexi earned her junior elite optional score to qualify to the American and U.S. Classic Competitions. Unfortunately, due to the COVID-19 pandemic, Lexi's season was cut short as the remainder of the season was canceled.

Currently, Lexi trains at Omaha Gymnastics Academy in Nebraska. In the future, Lexi’s goal is to earn a scholarship to a Division 1 school for gymnastics.

Favorite Quote: "There may be people who have more talent than you, but there is no excuse for anyone to work harder than you!" 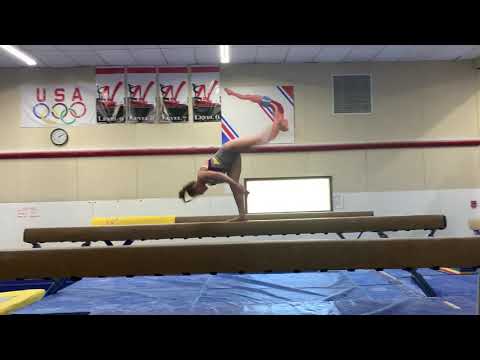 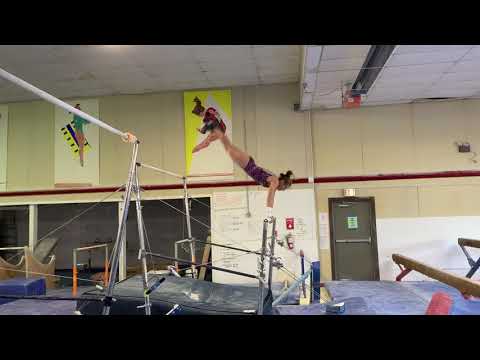 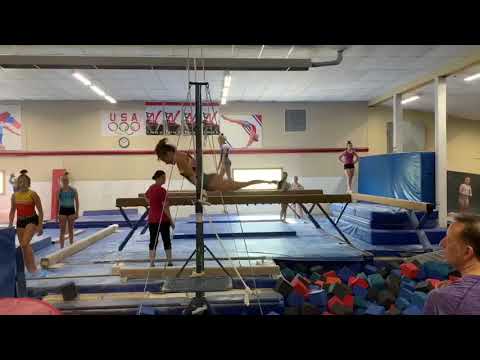 Round Off, 2.5 Twist Dismount