Lexi Kent got her start in gymnastics at the young age of six months! Lexi's mom took her older sister to a class at The Little Gym, and Lexi started crawling around the gym. From there, Lexi was hooked. As Lexi got older she continued to progress and began competing in the winter of 2015 as a level 3 with Reading Gymnastics Academy. In her first year of competitive gymnastics, Lexi made it to the Massachusetts State Championships where she finished in the top 5 on vault, bars, and floor.

Following her level 3 season, Lexi began training at Yellow Jacket Gymnastics Club. During the 2015-2016 season, Lexi competed level 4. Lexi had a great level 4 season which included winning three all around titles and a first place finish on bars and floor as well as a second place finish on beam at state. Lexi competed her final year of compulsories during the 2016-2017 season as a level 5. At her first meet of the season, the NAWGJ-MA Judges Cup, Lexi won the beam, floor, and all around titles. Lexi continued to have a great season and went on to win the floor and all around titles as well as the silver medals on vault and beam at the Massachusetts State Championships.

Lexi began her optional career in December 2017 as a level 7 at the Yellow Jackets Holiday Invitational. Here, Lexi won the bars title and finished third on vault and in the all around. Three months later at the Massachusetts State Championships, Lexi won the vault title, took second in the all around, and finished third on bars and beam. From state, Lexi advanced to the Region 6 Championships where she brought home silver medals on vault and floor and bronze medals on bars and in the all around. During the summer of 2018, Lexi participated in TOPs Testing. From state testing, Lexi qualified to National Testing and went on to make the TOPs National B Team as one of the top 100 gymnasts in the country.

Competing level 8 during the 2018-2019 season, Lexi kicked off her season at the Yellow Jackets Holiday Invitational where she took fifth all around. Lexi continued to progress throughout the season and won the floor title as well as a fourth place all around finish at state. From state, Lexi earned a spot on the Super Team to compete at the Region 6 Championships. Lexi concluded her season at regionals with top 5 finished on beam, floor, and in the all around. After a solid level 8 season, Lexi was invited to Developmental Invite Camp in October and again in November.

Lexi kicked off her 2019-2020 level 9 season at the Yellow Jackets Holiday Invitational. Lexi had a great first meet, winning the beam, floor, and all around titles. Throughout the remainder of the season, Lexi finished in the top 5 in the all around at each meet. Unfortunately, due to the COVID-19 pandemic, Lexi's season was cut short as the remainder of the season was canceled.

Currently, Lexi trains under coaches Sylvia and Mihai Brestyan at Brestyan's Gymnastics. Lexi's goal for the 2021 season is to qualify Hopes and earn a spot on the Developmental Team. In the future, Lexi hopes to earn a spot on the US National Team. 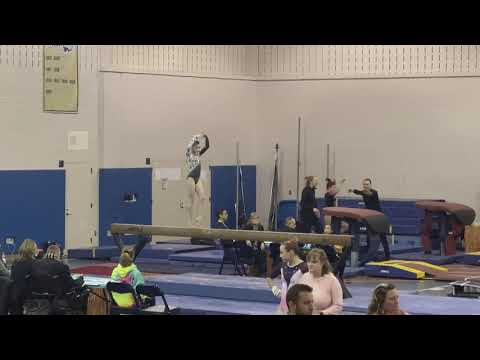 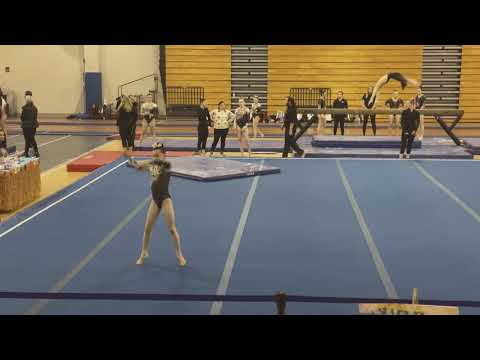 Front Tuck step out thru to Double Full