Levi Jung-Ruivivar got her start in gymnastics when she was eighteen months old after begging to go back to gymnastics after her mom took her to a free trial of a mommy and me class. Levi began competing level 4 at the age of seven with Paramount Elite Gymnastics. In her first year of competitive gymnastics, Levi won the beam title at the SoCal North Level 4 State Championships and became a member of the TOPs Diamond Team. Between her level 4 and 5 seasons, Levi participated in a second year of TOPs Testing as an eight year old, and made the TOPs National B Team. Levi went on to compete level 5 during the 2014 season where she placed second on beam and won the bars title at state.

During the Winter/Spring season of 2015, Levi competed level 7 as an eight year old, and had a fantastic season. As one of the youngest competitors in the State, Levi placed third on bars and floor at the SoCal State Championships and qualified to the Region 1 Championships. At Regionals, Levi placed third on beam. After a successful level 7 season, Levi began attending developmental camp at the National Team Training Center. Levi’s coaches decided to have Levi skip level 8 and went on to compete level 9 during the 2016 season. While training for level 9, Levi also trained for Hopes which she aimed to qualify for during the 2016 season.

At each and every meet throughout the season, Levi continued to improve her all around score. At the 2016 SoCal State Championships, Levi won the floor title and placed second all around. Levi went on to have another great meet at the Region 1 Championships where she posted a 9.700 on bars and placed fifth all around, securing her a spot to the Western National Championships. The Western National Championships was Levi’s best meet of the season; Levi went on to win the bars title with a 9.675 and placed fifth all around. In addition to having an amazing level 9 season, Levi also qualified Hopes 10-11 which earned her a ticket to the Hopes Classic in Huntsville, TX. At the Hopes Classic, Levi won the bars title and took home sixth place all around, qualifying her to the 2016 Hopes Championships. Levi had another great meet at the Hopes Championships to close out a great season, placing second on bars and fifth on floor.

Levi began her 2017 season as a level 10 at the Team OC Classic. After her first level 10 meet, Levi went on to focus on the upcoming Hopes Elite Qualifiers. At her first Elite Qualifier of the year, Levi won the bars, beam, floor, and all around titles in her session. Levi’s all around score at her first qualifier was a 49.850, qualifying her to the Hopes Classic for a second year in a row. After securing her spot at the Hopes Classic, Levi competed level 10 at the SoCal State Championships where she placed second on bars, beam, and in the all around. At regionals, Levi placed second on bars and ninth all around, just missing out on qualifying to JO Nationals. After regionals, Levi went on to compete at the Parkettes National Elite Qualifier where she won the bars title and placed third all around. Just six weeks later, Levi competed at the Hopes Classic. At the Hopes Classic, Levi finished third on bars and eighth all around, qualifying her to the Hopes Championships for her second year in a row. The Hopes Championships took place on July 28 in Chicago, IL, and Levi had a great meet. Levi placed second on bars, fifth on vault, and sixth all around, earning her the Hopes Team Jacket.

Levi began her 2018 season as a level 10 at the California Grand Invitational. She then went on to the Fiesta Bowl National Elite Qualifier where she obtained her junior elite optional score, and earned her junior elite compulsory score two weeks later at the Brestyan's Las Vegas Elite Compulsory Qualifier. One week later, Levi competed at the WOGA Classic in the international elite division. Here, Levi placed second on bars and fifth all around. Levi completed her level 10 season at the SoCal State Championships, but only competed bars and beam in order to focus on and prepare for the summer elite season.

On July 7, Levi competed at the American Classic in Salt Lake City, UT. Levi had a great meet and hit all of her events, earning seventh place on bars, fourth place on beam, and her qualification score for the U.S. Championships on August 17th. While Levi had already qualified for championships, she also competed at the GK U.S. Classic on July 28 to gain experience and further prepare for the U.S. Championships. Levi had another solid meet at classics. Levi concluded her 2018 Summer season at the U.S. Championships and finished as the youngest competitor to earn a medal, placing seventh on bars. After a few months off of competing, Levi competed in the Tournoi International in Combs la Ville, France. Levi competed in the "Espoir" division as she was too young to compete in the junior elite division. On the first day of competition, Levi won the all around and qualified to vault, bars, and floor finals. Levi finished the competition with silvers on both vault and bars, concluding her 2018 season.

Levi was invited to National Team Camp in the beginning of 2019 where she earned her qualifying score to the 2019 U.S. Championships during camp verification. Levi competed her first official elite meet of the 2019 season at the American Classic in Salt Lake City, UT. Here, Levi earned the silver medal on bars. In July, Levi competed at the GK U.S. Classic where she finished in the top 10 on beam. Three weeks later, Levi traveled to Kansas City, Missouri to compete at her second U.S. Championships. Levi concluded her season at championships with two days of solid competition.

Following her 2019 season, Levi began training at Twin City Twisters Gymnastics in Minnesota. Levi began her 2020 season at the Metroplex National Elite Qualifier where she won the bars, beam, and all around titles and earned her qualifying score to the 2020 U.S. and American Classic competitions. Unfortunately, due to the COVID-19 pandemic, Levi's season was cut short as the remainder of the season was canceled. Due to the remainder of the 2020 season being canceled, USAG allowed for all Hopes and Elite Qualifiers to retain their qualifying score for the 2021 season. With this, Levi qualified to the 2021 American and U.S. Classic Competitions as a junior elite.

Favorite Quote: "See it in your mind and you will hold it in your hand." 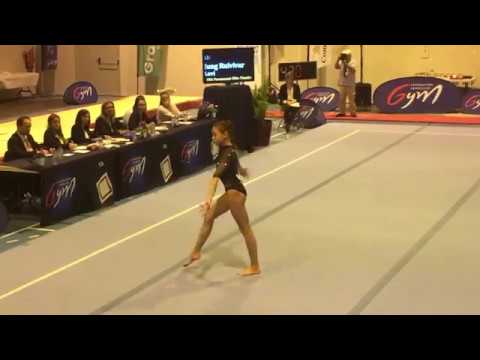 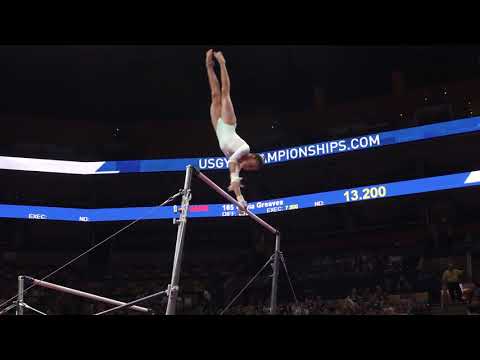