When Kayla was young, she loved to climb on everything and had a lot of energy. Her parents noticed that Kayla was naturally very strong and decided to enroll her in a mommy and me class at the Los Angeles School of Gymnastics when she was one. Kayla had tons of fun in the class and she quickly took to it.

In the winter/spring 2013 season, Kayla began competing level 4 with All Olympia Gymnastics Center. Kayla only competed two meets of the old level 4 and then continued to compete the new level 4 during the fall 2013 season. Kayla went on to compete at the SoCal North State Championships where she won the floor title with a 9.825 and placed sixth all around.

As a level 5 in 2014, Kayla began her season at the All Olympia Spring Invite in May. Kayla had a great first meet and took home bronze medals on beam and floor. Throughout the rest of the season, Kayla placed in the top 3 in the all around. At her last level 5 meet of the season, the SoCal North State Championships, Kayla won the bars and all around titles as well as earning a silver medal on beam and a bronze on floor.

Kayla began her optional career in February 2015 at the Winter Invitational. Here, Kayla won the vault and beam titles and took home bronzes on bars and in the all around. Kayla continued to improve throughout the season and went on to win the all around title at the SoCal State Championships. She also took second on beam and third on vault. Kayla moved on to the Region 1 Championships where she earned bronze medals on bars and beam and took fourth all around.

In 2016, Kayla competed level 8. Kayla began her season at the Chow’s Challenge and had a solid meet: placing second on beam and third on floor. At state, Kayla placed third on bars and qualified to the Region 1 Championships where she won the beam title, placed second all around, and third on bars.

Kayla opened up her 2017 level 9 season at the Vegas Cup where she won the beam title and placed seventh all around. After placing second all around at the Gymnastics Legends International meet, Kayla placed third all around and second vault, beam, and floor, at the SoCal State Championships. Kayla went on to compete at the Region 1 Championships where she placed second on beam.

Following her 2017 season, Kayla began training at Gymnastics Olympica. Kayla competed a second year of level 9 during the 2018 season with the goal to qualify Hopes. Kayla began her 2018 season at the LA Classic Invitational where she won the vault and floor titles and placed second bars, beam, and in the all around. Two weeks later, Kayla competed in the Fiesta Bowl National Elite Qualifier and earned her compulsory score for Hopes 12-13. In March, Kayla competed at the SoCal State Championships, but only competed two events. Still, Kayla was able to petition to regionals where she won the bars and all around titles, qualifying to the Western Championships. Kayla had a solid meet at Westerns, placing third on bars and finishing in the top 10 on floor. Three weeks after Westerns, Kayla competed in the Auburn Elite Qualifier. Although Kayla missed achieving her optional score for Hopes, She improved her all around score by over 2 points since the Fiesta Bowl Qualifier. She also finished fourth on beam.

Competing her first season of level 10 in 2019, Kayla began her season at the L.A. Classic Invitational where she had a great meet winning the vault, floor, and all around titles. Kayla had her best meet of her season at the SCEGA California Classic in February where she won the beam title with a 9.675 and came in fourth all around with a 37.000. Three weeks later at the SoCal State Championships, Kayla finished in the top 10 on bars, beam, and floor. Kayla concluded her 2019 season at the Region 1 Championships where she finished 12th on beam.

Kayla began her second level 10 season in January 2020 at the L.A. Classic Invitational. Here, Kayla finished second on bars and third all around. Kayla was able to compete two more meets before the season was unfortunately canceled due to COVID-19. Kayla kicked off her 2021 season at Brestyan's Invitational where she earned bronze on floor. She then qualified to SoCal State Championships where she placed second on floor. Kayla concluded her season at the Region 1 Championships finishing top 5 on beam and top 10 AA.

In 2022, Kayla started her season at California Grand Invitational where she won a silver medal on beam. She then competed at the SCEGA California Classic and she won beam and floor and silver in the all around. In March Kayla won 2 bronze medals at the Victory Classic on bars and floor.

Currently, Kayla trains 30 hours per week under coaches Arsen and Lara Minasyan at Gymnastics Olympica USA. This year, Kayla’s goal is to compete level 10 and qualify to JO Nationals. Kayla also hopes to qualify junior elite. In the future, Kayla’s goal is to earn a full ride scholarship to a competitive Division 1 school for gymnastics as well as make the national team and represent the US at the 2024 Olympic Games. 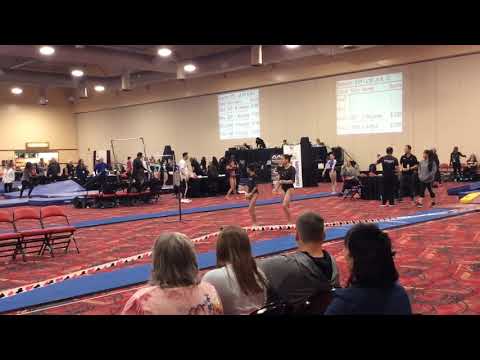 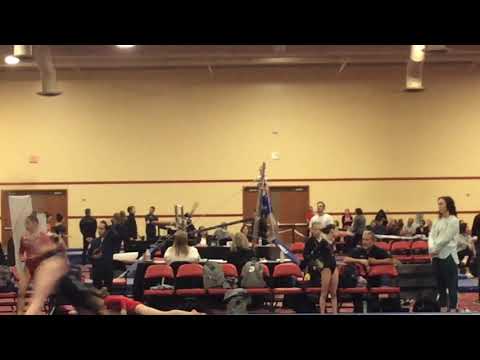 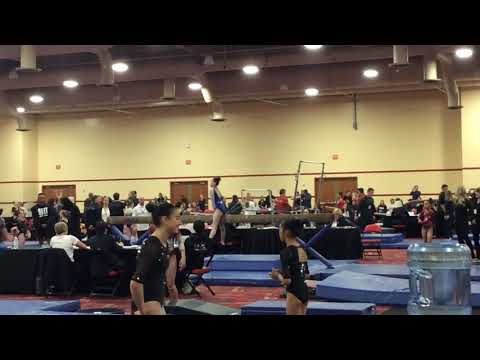 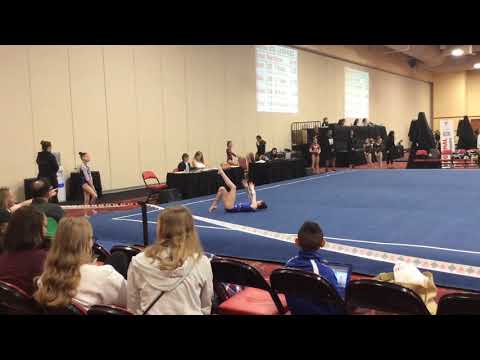 Round Off, Double Full dismount

Round Off, Double Full