Katharine Michelini began gymnastics at the age of three in a recreational class and began competing as a nine-year-old in 2013 as a level 4 (old level 4) with World Cup Gymnastics. At the 2013 New York Level 4 State Meet, Katharine finished third on beam and in the all around with a 37.500. In 2014, Katharine began training with Galaxy Gymnastics and competed level 5 during the Spring 2014 season. As a level 5, Katharine took home the gold medal on bars at state.

Katharine began her 2019-2020 season at Christmas on the Chesapeake. Here, Katharine finished sixth on floor.

Currently, Katharine trains 20 hours per week under Craig Zappa at ENA Paramus. In the future, Katharine’s goal is to compete in college gymnastics.

Favorite Quote: "In the end we only regret the chances we didn't take, the relationships we were afraid to have, and the decisions we waited too long to make." 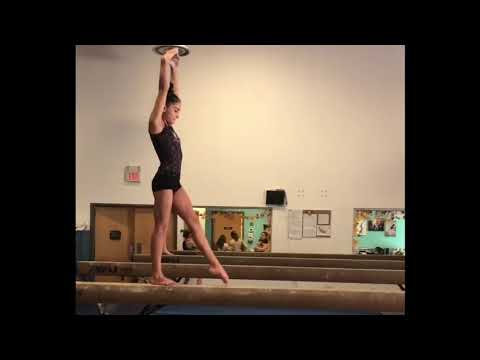