Kate Menake got her start in gymnastics at the age of three in a toddler class. She loved to hang on the bars and took to the sport right away. Kate began competing in 2013 as a level 3 with Flippin Out Gymnastics and went on to finish third on bars and beam at the New Jersey State Championships. The following season Kate competed level 4, her final compulsory season, and had a great season. At three meets, Kate brought home the all around title and finished third on bars and fourth on floor at state.

Following her level 4 season, Kate began training at North Stars Gymnastics and competed level 7 during the 2016 season. Kate began her optional career at the 1st Sectional and finished first on bars, beam, and in the all around. Throughout the rest of the season, Kate finished in the top 4 in the all around and went on to win the beam title and place fourth all around at the New Jersey State Championships.

Competing level 8 during the 2016-2017 season, Kate began her season at Christmas On The Chesapeake where she won the bars and floor titles and finished second on beam and in the all around. In March, Kate competed at state where she brought home a silver medal on vault. From state, Kate qualified to the Region 7 Championships and finished first on bars.

Kate competed her first year of level 9 during the 2018 season but unfortunately was only able to compete three meets during the season. Kate came back strong for the 2019 season beginning her season at the Garden State Classic where she won the bars title and came in second on beam. Two months later at the New Jersey State Championships, Kate brought home the gold medal on bars and bronze in the all around and qualified to regionals. At regionals, Kate had a fantastic meet and won the bars and all around titles as well as a second place finish on beam and punched a ticket to the Eastern Championships. Kate concluded her season at Easterns earning a silver medal on bars.

Kate kicked off her 2020 level 10 season at the Brestyan's Las Vegas Invitational. Kate was only able to compete bars, but had a solid routine and finished fifth on the event. Kate was able to compete two more meets before the remainder of the season was canceled due to COVID-19.

Kate kicked off her second season of level 10 in 2021 at the Garden State Classic. A few weeks later she competed at the Parkette's Invitational where she placed second on bars. Kate continued to improve throughout the season qualifying to New Jersey State Championships. Here, she had a great meet earning silver on bars, bronze on vault & all around. Kate completed her season at the Region 7 Championships.

Currently, Kate trains 25 hours per week under coach Ashley Umberger at North Stars Gymnastics in New Jersey. Kate's goal for the 2021 season is to qualify to JO Nationals and in the future she hopes to earn a college scholarship for gymnastics.

Favorite Quote: “Happiness can be found, even in the darkest of times, if one only remembers to turn on the light.” -J.K. Rowling 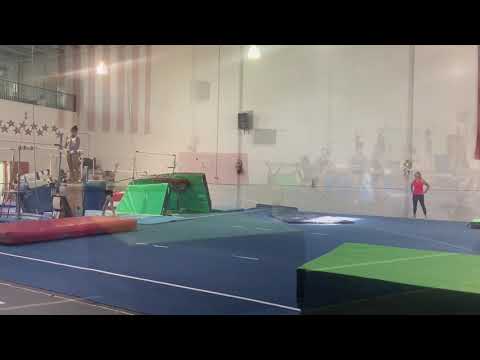 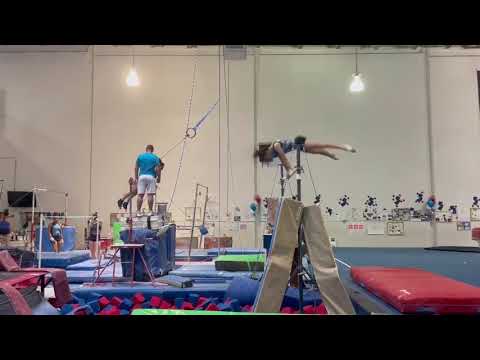 Front Tuck step-out thru to Double Back