Kaléa Atkinson got her start in gymnastics at the age of five. Kaléas mom was a gymnast, so Kaléa joining the sport was natural. Kaléa begged to do gymnastics for two years before her mom put her in classes at at a small recreational gym. Kaléa wanted to do more, so her mom took her to a bigger gym with a competitive program. By the age of seven, Kaléa was invited to join the team program at USA Gymnastics World.

Kaléa began competing in January 2015 as a level 3. Kaléa competed two meets of level 3 before competing level 4 during the 2016 season. As a level 4, Kaléa finished fourth on beam and floor at the Utah State Championships.

Following her 2016 level 4 sason, Kaléa began training at Olympus Gymnastics. As a level 5 in 2017, Kaléa began her season at the Crystal Cup where she finished in the top 10 on bars, beam, and floor. Kaléa concluded her season at the Utah State Championships. Here, she took sixth on vault and tenth all around.

Kaléa began her optional career in January 2018 as a level 6 at the Tampa Bay Turners Invitational. Kaléa had a great first level 6 meet and earned a bronze medal on floor. Kaléa continued to improve throughout the season and went on to win the floor title and take third all around at the Utah State Championships. From State, Kaléa qualified to represent the state of Utah as a part of the state team competition at the Region 1 Championships. Kaléa concluded her season at Regionals taking sixth on beam.

Competing level 7 during the 2019 season, Kaléa got her season started at the Lady Luck Invitational where she won the beam and all around titles. In March at the Utah State Championships, Kaléa earned a bronze medal on vault and fifth all around. For the second year, Kaléa qualified to the Region 1 Championships. At Regionals, Kaléa finished fourth on floor and scored her highest all around score ever with a 38.100.

Kaléa began her 2020 level 8 season at the California Grand Invitational. Here, Kaléa took third on floor. Kaléa continued to have a great season. Unfortunately, due to the COVID-19 pandemic, Kaléa's season was cut short as the remainder of the season was canceled.

Kaléa kicked off her 2021 season competing a second year of level 8 at the Chow's Winter Classic where she placed top 5. She then competed at Fiesta Bowl placing top 5 on vault, beam & all around. Kaléa progressed throughout the season and qualified to the Utah State Championships. Here, she earned bronze medals on vault and beam and placed fourth on bars and all around. Concluding Kalèa's season she competed at the Region 1 Championships where she finished top 10. In 2022 Kaléa was able to compete floor in a few meets and she won a medal for it at each meet.

Currently, Kaléa trains 23 hours per week under coaches Kyra Morgan, Tazmin Finn, Jessica McDonough, and Ryan Kirkham at Olympus Gymnastics. Kaléa's goal for the 2022 season is to compete level 9 with a Yurchenko Layout as well as get a press handstand and a front full on floor. In the future, Kaléa hopes to score a 10.0 on any event, compete level 10, and compete for a college gymnastics team.

Favorite Quote: “Life imposes things on you that you can’t control, but you still have the choice of how you’re going to live through this.” 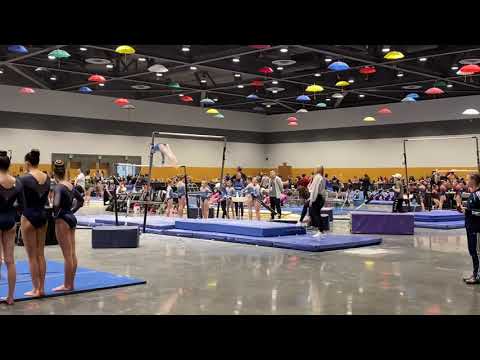 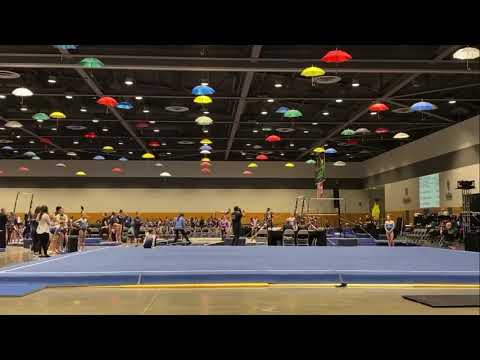 Round Off, Full Twist