In 2015, Kaetlyn competed her last year of compulsories as a level 5, and placed in the top 3 in the all around throughout the season. Kaetlyn completed her level 5 season at the Montana State Championships where she won the bars, beam, floor, and all around titles.

Following her level 5 season, Kaetlyn competed one meet as a level 7 in December 2015 at the Montana Judges Cup where she placed second on bars, beam, and in the all around. During the 2016 season, Kaetlyn competed level 8. Kaetlyn continued to improve throughout the season and placed in the top 5 at the Montana State Championships and qualified to the Region 2 Championships. Kaetlyn concluded her season at regionals where she finished in the top 10 on bars. During the summer, Kaetlyn participated in TOPs Testing and qualified to TOPs National Testing. From TOPs State Testing, Kaetlyn qualified to TOPs National Testing and went on to make the TOPs National B Team.

Kaetlyn competed a second year of level 8 during the 2017 season and began her season at the Great West Gym Fest where she won the bars title. Kaetlyn had a great level 8 season and went on to win the Montana State vault, floor, and all around titles. At the Region 2 Championships, Kaetlyn finished in the top 5 on vault.

Kaetlyn began her 2017-2018 season at the Judges Open as a level 9. It was a great opening to her season as she came home with gold medals on bars, beam, and in the all around. Kaetlyn had a solid level 9 season and finished second on floor and third on vault, beam, and in the all around. Kaetlyn moved on to the Region 2 Championships where she won the floor title and placed seventh all around, qualifying to the Western Championships where she concluded her season with a solid competition.

In December 2018, Kaetlyn kicked off her season at the Parkettes Elite Compulsory Qualifier where she earned her Hopes 12-13 compulsory score. In June, Kaetlyn competed at the Auburn National Elite Qualifier where she finished tenth on vault. Following her 2019 season, Kaetlyn began training at Roots Gymnastics. In February 2020, Kaetlyn earned her junior elite compulsory score at the Brestyan's Las Vegas National Elite Qualifier. Following the qualifier, Kaetlyn was able to compete one meet of level 10 before the season was canceled due to COVID-19. At her final meet of the season, the Great Western Invitational, Kaetlyn earned a silver medal on bars and bronze medals on vault and in the all around. Due to the remainder of the 2020 season being canceled, USAG allowed for all Hopes and Elite Qualifiers to retain their qualifying score for the 2021 season. With this, Kaetlyn will keep her elite compulsory qualifying score for the 2021 season.

Currently, Kaetlyn trains 30 hours per week under coach Chris Bushard at Roots Gymnastics. Kaetlyn's goal for the 2021 season is to qualify junior elite and in the future Kaetlyn hopes to earn a spot on the US National Team and receive a scholarship to a division 1 school for gymnastics.

Favorite Quote: Philippians 4:13 “I can do all things through Christ Jesus who strengthens me.” 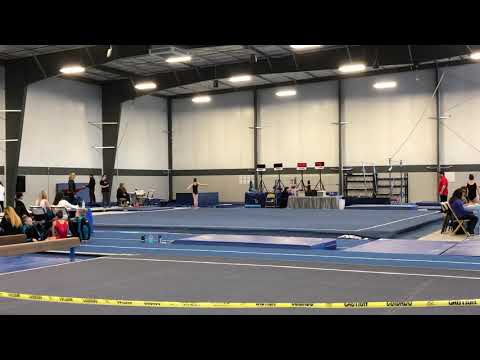