Kaela Yee got her start in gymnastics at the age of five and began competing in September 2013 as a level 1 with Universal Gymnastics. As a level 1, Kaela won the beam and all around titles as the Florida State Championships. Kaela competed level 3 during the 2014 season went went on to place fourth all around at state. That same year, Kaela participated in TOPs Testing and made the TOPs National Diamond Team. During the summer of 2015, Kaela participated in her second year of TOPs and qualified to National Testing. From National Testing, Kaela made the TOPs National B Team. In November 2015, Kaela competed her first and last meet of level 5 where she won the beam and floor titles and took second all around.

Kaela’s optional career began as a level 7 in January 206 at the Yeessooo! Invite. Here, Kaela took second on beam and floor and third all around. Kaela continued to improve throughout the season and went on to place second on beam at the Florida State Championships. From state, Kaela qualified to the Region 8 Championships where she took home the bronze in the all around. During the summer of 2016, Kaela participated in her final year of TOPs Testing. Once again, Kaela qualified to National Testing. From National Testing, Kaela was invited to Developmental Invite Camp.

In 2018, Kaela competed one meet of level 9 and one meet of level 10. At her level 10 meet, Kaela placed fifth on beam and seventh all around. Kaela focused on Hopes for the rest of the season. At the Auburn National Elite Qualifier in May, Kaela earned her Hopes 10-11 compulsory score. One month later, Kaela competed at the Brestyan’s National Elite Qualifier and earned her Hopes 10-11 optional score, qualifying Hopes and qualifying to the Hopes Classic.

Kaela kicked off her 2019 season at the Biles National Elite Qualifier with the goal to qualify Hopes 12-13. Although Kaela didn't earn her qualifying score, she had a solid competition. Four months later, however, Kaela competed at the Auburn National Elite Qualifier where she had a fantastic competition, winning the bars, floor, and all around and earning her qualifying score to the Hopes Classic. At the end of June, Kaela competed in the Hopes Classic where she had a great meet as she tied for the beam title, medaled on floor, and qualified to the Hopes Championships for the second year in a row. At the Hopes Championships, Kaela came away with a medal on floor.

Coming off of a great 2019 season, Kaela began her 2020 season at the Metroplex National Elite Qualifier where she earned both her Hopes 12-13 compulsory and optional scores, qualifying to the Hopes Classic. Unfortunately, due to the COVID-19 pandemic, Kaela's season was cut short as the remainder of the season was canceled.

Due to the remainder of the 2020 season being canceled, USAG allowed for all Hopes and Elite Qualifiers to retain their qualifying score for the 2021 season. With this, Kaela qualified to the 2021 Hopes Classic in the 13-14 division.

Currently, Kaela trains 28 hours per week under coaches Maria Gonzalez, and Jeannie Barrera at Leyva Gymnastics Academy in Florida. In the future, Kaela hopes to earn a spot on the US National Team and receive a full ride scholarship to a university for gymnastics. 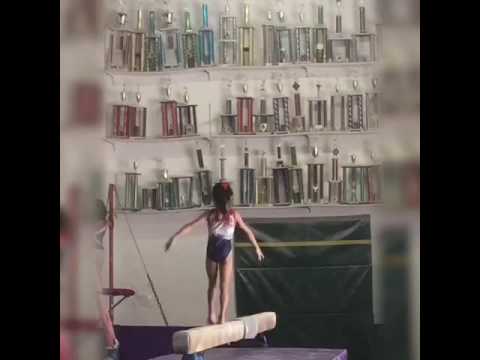