As a young child, Jolyn was always bouncing off the walls and turned her grandmother’s house into her own personal gymnasium. She would jump off coffee tables, use the back of the couches asa beam, and constantly flip all over the place. Jolyn’s grandmother encouraged Jolyn’s parents to put her in gymnastics, so at the age of four, Jolyn took her first gymnastics class and loved it!

Jolyn began competing at the age of six as a level 3 with Scats Diamond Elite Gymnastics. In her first year of competitive gymnastics, Jolyn finished fourth on bars, floor, and in the all around at the SoCal South State Championships. As a level 4 in 2015, Jolyn won the vault and all around titles at south state, and took home silvers on bars and beam. During the summer of 2016, Jolyn participated in TOPs Testing and went on to make the TOPs National A Team. Jolyn competed her final season of compulsories as a level 5 during the fall 2016 season. At her first meet of the season, Jolyn won the vault, floor, and all around titles. Jolyn finished her season at East Sectionals where she won the beam and all around titles and placed second on vault and floor.

Jolyn’s optional career began in January 2017 as a level 6. At her first meet of the season, the Lady Luck Invitational, Jolyn won the vault, beam, floor, and all around titles. Throughout the season, Jolyn placed in the top two in the all around, and at the SoCal State Championships, she won the all around title in addition to silvers on bars, beam, and floor, and a bronze on vault. Jolyn’s amazing performance at state helped Sokol Elite to take home the state championship team trophy. During the summer of 2017, Jolyn participated in TOPs Testing once again. At National Testing, Jolyn impressed national staff and was directly invited to Developmental Invite Camp.

Jolyn began her 2019 season at the Palm Springs Elite Compulsory Qualifier where she earned her Hopes 10-11 compulsory score. In March, Jolyn competed at the KPAC Cup National Elite Qualifier where she earned her Hopes 10-11 optional score, qualifying Hopes and to the Hopes Classic. One week later, Jolyn competed at the SoCal State Championships as a level 9 and came home with a gold medal on floor and bronze on beam. Although she qualified, Jolyn did not compete at the Region 1 Championships in order to focus on preparing for the Hopes Classic. At the Hopes Classic in June, Jolyn had a solid competition, finishing seventh on floor and qualifying to the Hopes Championships. One month later at the Hopes Championships, Jolyn had a fantastic competition and came home with a silver medal on beam and medal on bars.

With the goal to qualify Hopes for a second year and competing level 9 in 2020, Jolyn began her season at the Metroplex National Elite Qualifier where she earned her Hopes 12-13 compulsory score. Jolyn competed her first level 9 meet of the season at the Pacific Classic in February where she finished second on beam. At the end of February, Jolyn attended Developmental Team Camp where she competed in verification and earned her Hopes 12-13 optional score, qualifying to the Hopes Classic. Unfortunately shortly after, the rest of the season was canceled due to COVID-19. Due to the remainder of the 2020 season being canceled, USAG allowed for all Hopes and Elite Qualifiers to retain their qualifying score for the 2021 season. With this, Jolyn qualified to the 2021 Hopes Classic in the 13-14 division.

Currently, Jolyn trains 25-27 hours per week under coaches Vladimir Ivanov and Tatiana Lonskaya at Sokol Elite Gymnastics in California. In the future, Jolyn hopes to represent Team USA at the Olympics.

Favorite Quote: “Heart is what separates the good from the great.” - Michael Jordan 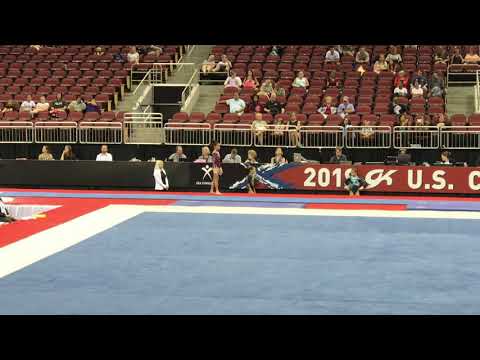 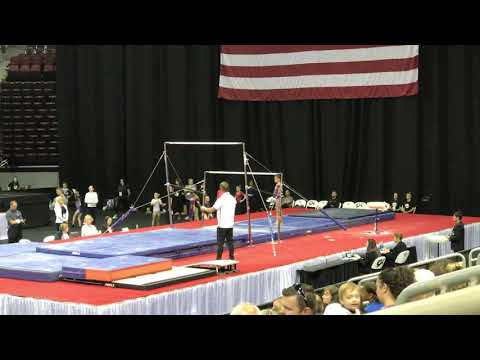 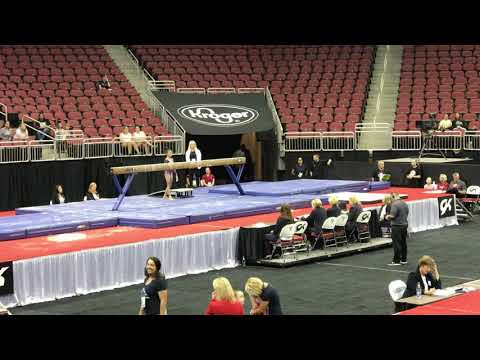 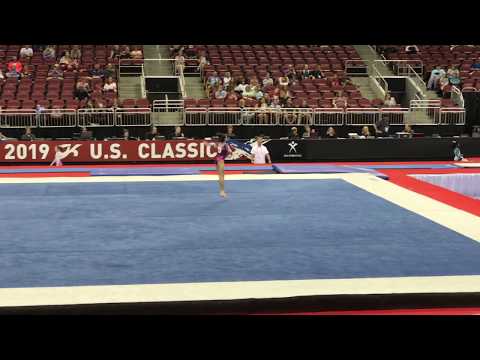