Isabelle Roberts got her start in gymnastics at the age of three after it was noticed that Isabelle was very flexible by the age of two. Isabelle began ballet classes as well as recreational gymnastics classes. Just two months after taking recreational classes, Isabelle was invited to join the pre-team program at Newnan School of Gymnastics and was the youngest gymnast ever selected at her club for Pre-Team. Isabelle fell in love with the sport and began competing in the fall of 2014 at the age of four as a level 1. In her first season of competitive gymnastics, Isabelle came in third on bars at the Georgia State Championships. Isabelle competed level 2 during the 2015 season and came in sixth on bars at state.

Following her 2015 level 2 season, Isabelle began training at Stick It Gymnastics and decided to hang up her ballet slippers in order to focus on gymnastics. Isabelle competed as a level 3 during the Fall of 2016 and at her very first meet, Isabelle won the bars, beam, floor, and all around titles. Throughout the remainder of the season, Isabelle went undefeated finishing first all around at all of her meets. Isabelle concluded her season at the Georgia State Championships where she earned gold medals on bars, beam, floor, and all around titles.

During the summer of 2017, Isabelle participated in TOPs State Testing and made the TOPs National Diamond Team as among one of the top 50 seven year olds in the nation. During the fall 2017 season, Isabelle competed one meet of level 4 and one meet of level 5 in order to compete level 6 during the 2017-2018 optional season.

Isabelle began her optional career in the winter of 2017 competing level 6 at the Sugar Plum Classic. Here, Isabelle finished fifth on beam. Isabelle had her best meet of the season at the Sweetheart Invitational where she won the bars, beam, floor, and all around titles. In March at the Georgia State Championships, Isabelle earned third place on floor.

For the second year, during the summer of 2018 Isabelle participated in TOPs State Testing. From state testing, Isabelle qualified to National Testing. Isabelle had a great national testing and made the TOPs National A Team as one of the top 45 eight to ten year olds in the country. Following TOPs National Team Camp, Isabelle began training at Georgia All-Stars Gymnastics. Isabelle competed a second year of level 6 during the 2019 optional season. At her first meet, Isabelle won the vault and beam titles and finished second all around. Two months later at the Georgia State Championships, Isabelle won the beam and all around titles. Isabelle concluded her season in April at the Region 8 Championships. Here, Isabelle earned a silver medal on beam, bronze medal on vault, and fourth all around.

During the partial 2020 season, Isabelle competed level 8. Isabelle began her season at the Atlanta Crown Invitational where she won the bars and beam titles and finished third all around. In February at the Spring Break-Out Meet, Isabelle won the bars, beam, and all around titles. Unfortunately, due to the COVID-19 pandemic, Isabelle's season was cut short as the remainder of the season was canceled.

Isabelle kicked off her 2021 season as a level 9 at the Hilton Head Invitational where she placed top 15 AA. The following month Isabelle competed at the Paws for a Cause where she was the beam champion. She concluded her season at the Georgia State Championships placing top 10 on floor.

In 2022, Isabelle began her season as a level 10 at Winter Blast where she earned a silver medal on vault and floor and bronze medals on beam and in the all around. A month later Isabelle competed at Spring Break-Out where she won vault, bars, beam, floor and all around.

Currently, Isabelle trains 29 hours per week under coach Jorgen Falk at Georgia All-Star Gymnastics. Isabelle's goal for the 2022 season is to earn both her elite and optional scores. In the future, Isabelle hopes to compete as a senior elite gymnast and earn a college scholarship for gymnastics. 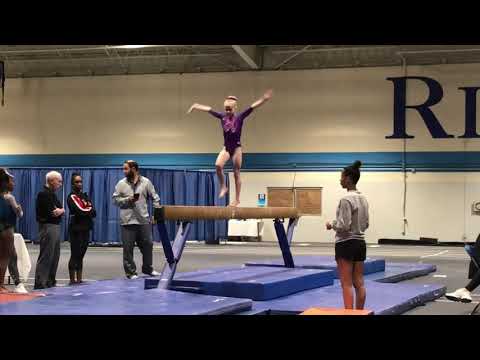 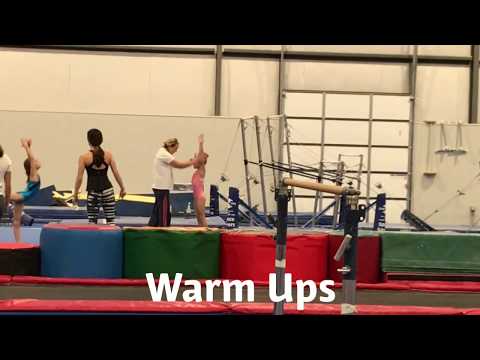 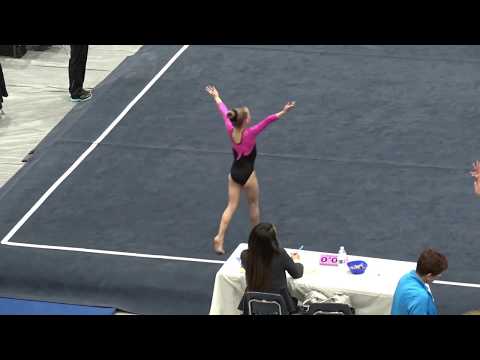 Round Off, Whip, Whip