Isabelle David got her start in gymnastics at the age of three after being involved in multiple sports and finding an ultimate passion for gymnastics. As Isabelle progressed, Isabelle decided to only focus on gymnastics. In the spring of 2014, Isabelle first began competing with Josephson Academy of Gymnastics in the USAIGC program as a Copper level gymnast.

Isabelle began her optional career in 2017 as a level 7 and competed her first meet at the Gymnastics Legends International where she won the vault title and took fifth all around. One month later, Isabelle competed in the SoCal State Championships where she finished third on vault. From state, Isabelle qualified to the Region 1 Championships and brought home a gold medal on vault and a silver medal in the all around.

Competing level 8 during the 2018 season, Isabelle kicked off her season at the Brestyan's Las Vegas Invitational where she won the vault title, placed second on beam, and third all around. Isabelle had a fantastic remainder of the season and went on to win the vault and all around titles at the SoCal State Championships. From state, Isabelle qualified to the Region 1 Championships where she brought home gold medals on vault and in the all around.

Isabelle competed her first level 10 meet in January 2020 at the Gliders Invitational. Here, Isabelle finished fourth on vault. Isabelle was able to compete one more meet in 2020 before the season was unfortunately canceled due to the COVID-19 Pandemic. At her second and final meet of the season, Isabelle came in third on floor and fourth all around. Isabelle was able to compete one level 10 meet for her 2021 season. She competed at the SoCal State Championships where she placed top 10 on bars and top 15 AA. 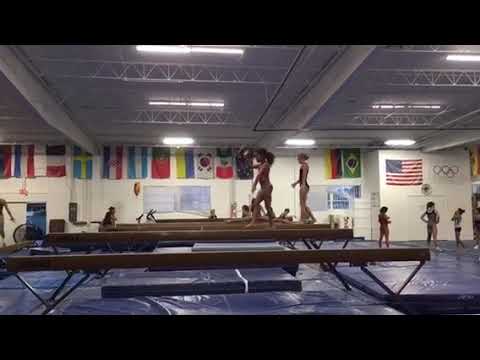