Isabella Kenny got her start in gymnastics at the age of five after playing around doing gymnastics skills. From there, Isabella's mom decided to put her in gymnastics. Isabella began taking classes at Bright Stars Gymnastics in New Jersey and quickly progressed. Isabella was eventually invited to join the team program and began competing as a level 3 during the 2014-2015 season. As a level 3, Isabella won the beam title at the New Jersey State Championships.

Following her level 3 season, Isabella competed just one meet of level 4 where she won the vault, beam, floor, and all around titles. Isabella then tested out of level 5 in order to compete level 6 during the 2016 season. At her first level 6 meet, Isabella won the beam title. In April at the New Jersey State Championships, Isabella finished fifth on beam.

Competing level 7 during the 2016-2017 season, Isabella began her season at the First State Invitational where she finished third on beam and floor. Isabella improved her all around score throughout the season and went on to win the beam and all around titles at the New Jersey state Championships.

Competing her first year of level 10 at the age of 12 in 2019, Isabella kicked off her season at the Star Struck Invitational finishing sixth in the all around. At the Buckeye National Elite Qualifier in February, Isabella earned her Hopes 12-13 compulsory score for the second year in a row. At the New Jersey State Championships, Isabella qualified to the Region 7 Championships. At regionals, Isabella finished up her season finishing sixth on beam. In June, Isabella competed at the Auburn National Elite Qualifier and won the beam title in the Hopes 12-13 division.

Isabella began her 2020 season competing level 10 at the Star Struck Invitational and finished second on vault and third on floor and qualified to event finals for vault and floor. One week later, Isabella competed at the Metroplex National Elite Qualifier where she earned her junior elite compulsory score. Unfortunately, due to the COVID-19 pandemic, Isabella's season was cut short as USAG cancelled the remainder of the season.

Currently, Isabella trains 28 hours per week under coaches Lexi Matus and Maribeth Mrugalski at Bright Stars Gymnastics. Isabella's goal for the 2021 season is to qualify to the JO National Championships. In the future, Isabella hopes to earn a college scholarship for gymnastics. 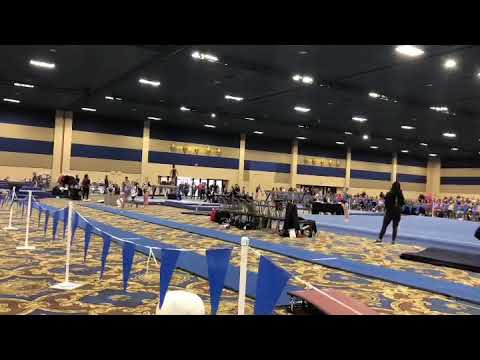 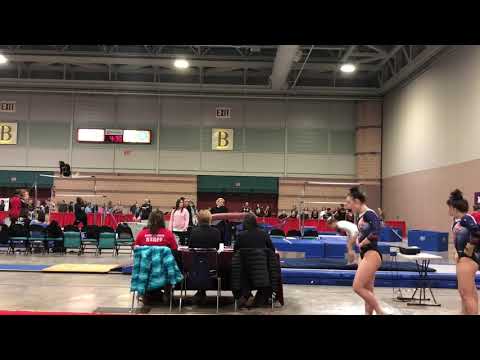 Round Off, Double Tuck Dismount

Front Tuck thru to 2.5 Twist