Haylee Hardin got her start in gymnastics at the age of three when her grandmother enrolled her in a recreational class for one hour per week. Haylee instantly loved the sport and waned to practice even more. Haylee began recreational optional gymnastics competitions in AGA at age 8 practicing 6 hours a week with the team and 1 hour per week private lessons. Haylee excelled in the AGA program and after several years her Coaches Noah & Alyssa encouraged her parents to find a gym with a USAG program where she could be challenged and receive the necessary training to excel in the USAG program. Where Haylee lived, there was no gym affiliated with USAG, so Haylee's parents made the decision to move to Coppell, Texas so Haylee could begin training at Texas Dreams Gymnastics.

Haylee began training at Texas Dreams Gymnastics and began competing level 7 in January 2018. At her first meet of the season, the Friends Of Achievers Invitational, Haylee won the beam, floor, and all around titles. After competing one more level 7 meet, Haylee competed the rest of her season as a level 8. In March at the Texas State Championships, Haylee won the vault title and came in second on floor and in the all around. From state, Haylee qualified to the Region 3 Championships where she had a fantastic meet, winning the vault, beam, and all around titles.

Competing level 9 during the 2019 season, Haylee kicked off her season at the Kurt Thomas Invitational where she won the vault title with a huge 9.850. Two months later at the Texas State Championships, Haylee earned gold medals on vault and floor and qualified to the Region 3 Championships. At Regionals, Haylee had another great meet winning the vault, beam, and floor titles and placing fourth all around, qualifying to the Western Championships. Haylee concluded her season at Westerns where she had her best meet of the season, winning the vault and floor titles, coming in third on beam, and finishing in the top 10 in the all around.

Hailee got her 2020 level 10 season started at the Alamo Classic where she had a great meet, winning the floor title, taking second on beam, and third on vault.

Currently, Haylee trains 28 hours per week under coaches Marcus Harlin, Kiki Parenteau, Michelle Ernst, and Ned Lang at Texas Dreams Gymnastics. As a level 10, Haylee hopes to score a perfect 10.0, score a 38.00 in the all around, and qualify to the JO National Championships. In the future, Haylee's goal is to earn a college scholarship for gymnastics.

Favorite Event: Depends on the day!

Favorite Quote: I can do all things through Christ who strengthens me. Philippians 4:13 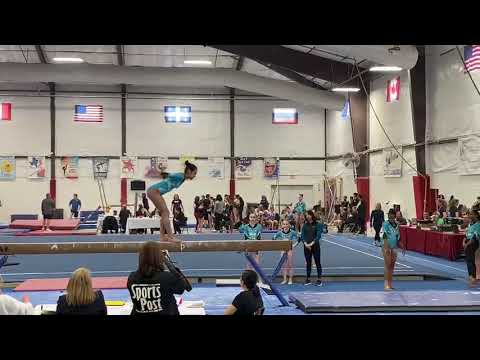