Hailey John got her start in gymnastics during a recreational gymnastics class that took place in her Pre-K School. After loving the classes, Hailey began taking gymnastics classes at a gym and had her first official meet at the age of 5, competing with Dinamo Gymnastics. During the Fall 2011 season, Hailey competed level 4 and finished third on beam, second on floor and in the all around, and first on bars at the Florida State Championships. During her level 5 season, Hailey went undefeated in the all around and took home the bronze medal on bars, and gold medals on vault, beam, floor, and in the all around at the Florida State Championships. Hailey competed one meet as a level 6 in 2013: the Magical Classic. At the Magical Classic, Hailey placed second on vault and took home the beam, floor, and all around titles.

After the Spring 2013 season, Hailey began training at Orlando Metro Gymnastics and made the 2013 TOPs National B Team. Hailey competed level 7 with Orlando Metro during the Optional 2014 Season where she went nearly undefeated in the all around. At the 2014 Florida State Championships, Hailey won all four events and took home the all around gold with a 38.750, qualifying to regionals. At the Region 8 Championships, Hailey had another great meet taking home the bars, beam, floor, and all around titles. Hailey had another great season as a level 8; she once again won all four events and the all around at the Florida State championships and won the beam titles and placed third all around at regionals.

2016 began Hailey’s quest to qualify Hopes. During the 2016 season, Hailey competed both level 9 and aimed to qualify Hopes. Hailey obtained her compulsory score at the Tim Rand Invitational and her optional score at the KPAC Cup with a 50.200. Hailey’s level 9 season concluded at the Florida State Meet where she won the bars, beam, floor, and all around titles. Even though she qualified, Hailey did not compete at regionals due to her focus on the upcoming Hopes Classic. At the Hopes Classic, the 12-13 age division was a tough one. Hailey finished in a tie for 23rd with a 51.150.

While her 2017 JO season ended, Hailey’s Hopes Season was just beginning. Hailey competed at the Hopes Classic on July 7 and did well. Hailey placed eighth on beam with a 12.800 and qualified to the 2017 Hopes Championships in the 12-13 division. At the Hopes Championships, Hailey had a great meet finishing sixth on vault, third on beam and ninth all around.

Hailey began her 2018 level 10 season at the Tampa Bay Turners Invitational where she placed second all around. Hailey continued to have a great season, and went on to win the beam and floor titles and place second all around at the Florida State Championships. Hailey went on to compete at the Region 8 Championships where she placed third all around and qualified to the JO National Championships. This was Hailey's first trip to JO Nationals, but competed like she's been there before! Hailey finished second on beam and medaled in the all around.

Hailey opened up her 2019 season at the Atlanta Crown Invitational where she took second on beam and floor and third all around. One week later, Hailey competed at the Sand Dollar Invitational from which she qualified to the prestigious Nastia Liukin Cup. At the Nastia Liukin Cup, Hailey competed in the junior division and finished in the top 10 on beam. Two weeks later, Hailey competed at the Florida State Championships where she had a great meet and came home with gold medals on vault and in the all around as well as silver medals on bars and floor. At the Region 8 Championships, Hailey had a solid competition, taking second on beam and in the all around, qualifying to JO Nationals. Hailey concluded her season at JO Nationals with a top 20 finish on floor.

In 2020, Hailey began her season at the Critique Classic. Here, Hailey finished second on floor and in the all around. In March at the Tim Rand Invitational, Hailey had her best level 10 performance scoring a 38.325 in the all around. Unfortunately, due to the COVID-19 pandemic, Hailey's season was cut short as the remainder of the season was canceled.

Currently, Hailey trains 25-30 hours per week under coaches Jeff Wood and Christi Mitchell at Orlando Metro Gymnastics. In the future, Hailey is working to make the US National Team and represent Team USA. Hailey will graduate in 2022 and will join the Auburn Tigers gymnastics team for beginning in Fall 2022.

Favorite Quote: "If you can dream it, you can do it." - Walt Disney 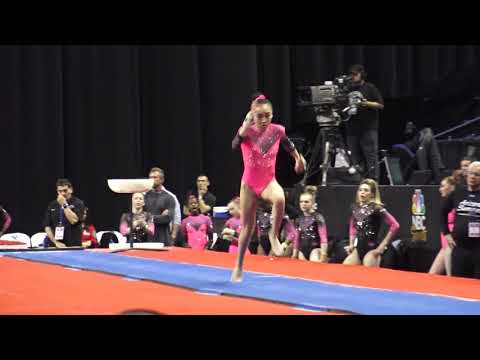 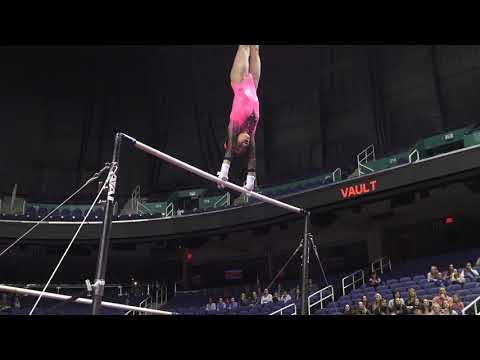 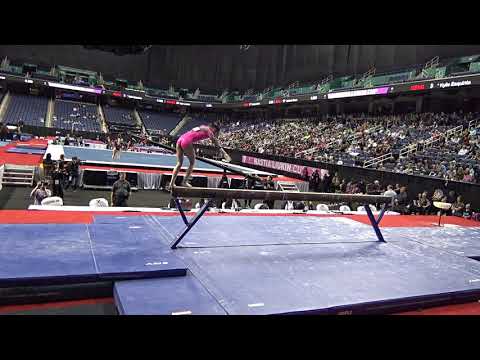 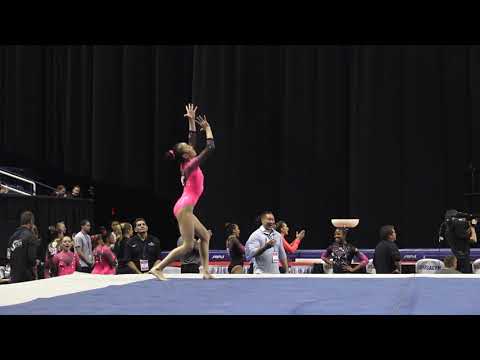