Grace Wallace got her start in gymnastics at the age of four in a tumble time class at a recreation center. Grace loved the sport right away and began competing at the age of four as a level 2 with Davita's Gymnastics. In her first year of competitive gymnastics, Grace finished second on floor and third on beam at the South Carolina State Championships. The following season, Grace competed level 3 and went on to earn the silver medal on vault at state.

Competing level 4 during the 2016 season, Grace began her season at the Carolina Classic where she finished second on beam and third all around. Grace progressed throughout the season and had a fantastic showing at the South Carolina State Championships, taking home gold medals on bars, beam, floor, and in the all around.

Following her level 5 season, Grace began training at Excalibur Gymnastics and began her optional career as a level 7 in December 2017 at the Myrtle Beach Cup. Here, Grace brought home the silver medal on floor. Grace had a great level 7 season and went on to finish second on beam and floor and third on vault and in the all around at Virginia State Championships.

During the 2018-2019 season, Grace kicked off her level 8 season at the Myrtle Beach Cup where she finished second on beam and in the all around. In March, Grace competed in her first Hopes qualifier. One week later, Grace competed at the Virginia State Championships and came home with the beam and floor titles as well as a second place all around finish. From state, Grace advanced to the Region 7 Championships where she concluded her level 8 season winning the bars title and taking second all around. In June, Grace competed at the Parkettes National Elite Qualifier where she earned her Hopes 10-11 compulsory score and won the beam title during the optional qualifier.

In October 2019, Grace competed at the Peru Cup as a level 9. Here, Grace finished first on beam and third on floor and in the all around. Grace kicked off her 2020 season as a level 8 at the Hill's Maryland Classic where she finished third on floor. At Grace's next four meets, she won the bars and all around titles. Unfortunately, due to the COVID-19 pandemic, Grace's season was cut short as the remainder of the season was canceled. During December 2020, Grace underwent hip surgery. She is hoping to come back at the end of the 2021 season.

Currently, Grace trains 32 hours per week under coaches Dena Walker and Gustavo Moure at Excalibur Gymnastics. Grace's goal for the 2021 season is to recover from hip surgery and safely return to gymnastics. In the future, Grace hopes to stay healthy and earn a college scholarship for gymnastics. 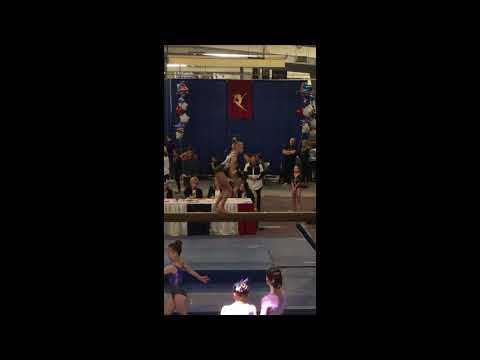 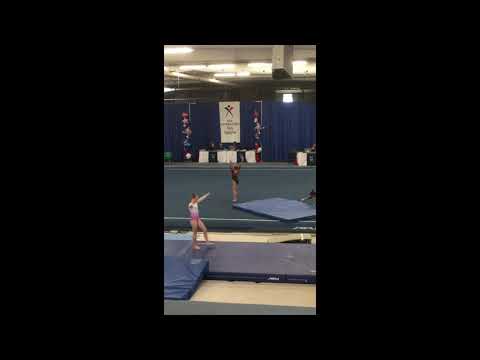