Gabriella Van Frayen began gymnastics at the age of five after wanting to learn how to do a cartwheel. Gabby quickly progressed and began competing in 2014 as a level 3 with Gym X-Treme. At the 2014 Ohio State Championships, Gabby finished in the top 10 on vault and floor.

Gabby competed level 8 during the 2017 season and finished first all around and second on vault and bars at the Ohio State Championships. From state, Gabby qualified to the Region 5 Championships where she finished fourth on vault, bars, and beam, and fifth all around.

In 2018, Gabby competed level 9 and also had the goal to qualify Hopes. At the KPAC Cup, Gabby earned her Hopes 10-11 optional score and qualified to the Hopes Classic. One week later, Gabby competed at the Ohio State Championships and came home with the vault title and third on floor. Gabby had another great meet at the Region 5 Championships, taking second on floor and in the all around and earning a spot on the Region 5 team at the Eastern Championships. At Easterns, Gabby took home bronze medals on beam and in the all around. In July, Gabby competed at the Hopes Classic and finished in the top 10 on vault.

Gabby began her 2019 season as a level 10 at the Circle of Stars Invitational where she earned a bronze medal on vault. In February, Gabby competed at the Buckeye National Elite Qualifier where she earned her Hopes 12-13 score and qualified to the Hopes Classic for a second year. At the Ohio State Championships in March, Gabby had a fantastic meet, winning the vault and all around titles. One month later at the Region 5 Championships, Gabby took second on vault and ninth all around, concluding her level 10 season.

Competing her second year of level 10 in 2020, Gabby began her season at the X-Treme Challenge where she had a great meet winning the vault, bars, beam, and all around titles. Two weeks later, Gabby competed at the Metroplex National Elite Qualifier where she earned her Hopes 12-13 compulsory and optional scores, qualifying to the Hopes Classic for her third year. Following the Metroplex qualifier, Gabby competed in three level 10 meets before the season was canceled due COVID-19. At each of these three meets, Gabby won the all around titles. Due to the remainder of the 2020 season being canceled, USAG allowed for all Hopes and Elite Qualifiers to retain their qualifying score for the 2021 season. With this, Gabby qualified to the 2021 Hopes Classic in the 13-14 division.

Currently, Gabby trains 30 hours per week under coaches JoAnne, Ric, and Yulia at Gym X-Treme. Gabby's goal for this season is to qualify to JO Nationals and in the future hopes to earn a spot on the 2024 Olympic Team and then compete for the University of Georgia. 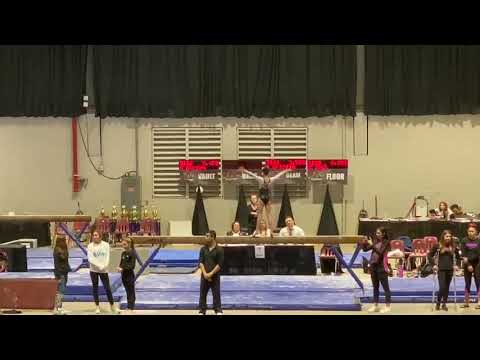