Finley Weldon got her start in gymnastics at the age of two because she was always moving around and wouldn’t sit still at home!

With 2/2 State Championship titles under her belt, Finley began her optional career as a level 7 in the Winter of 2017. At the 2017 Iowa Optional State Championships, Finley placed third on vault, and first on bars, floor, and in the all around. Finley’s scores and placement qualified Finley to be a part of the Iowa State Team for the 2017 Region 4 Championships. At Regionals, Finley placed second on beam and took home the vault, bars, floor and all around titles.

Finley kicked off her 2018 level 8 season at the Chow's Challenge where she won the bars and beam titles and placed second all around. After placing second all around at her first meet, Finley went on to dominate the rest of her season and went undefeated in the all around. At the Iowa State Championships, Finley won the beam, floor, and all around titles. For the second year, Finley qualified to be a part of the Iowa State Team for the Region 4 Championships. Finley had another great meet at Regionals and came away with gold medals on bars, beam, and in the all around.

Competing her first year of level 10 in 2020, Finley began her season at the Chow's Winter Classic. Here, Finley won the vault and floor titles. Two weeks later at the Chow's Challenge, Finley won the beam, floor, and all around titles. Finley improved throughout the season and was gearing up for the Iowa State Championships however unfortunately, due to the COVID-19 pandemic, Finley's season was cut short as the remainder of the season was canceled.

Currently, Finley trains 24 hours per week under coaches Mallory Lillie, Mike Hillin, and Rebecca Simbuhdas at Chow’s Gymnastics in West Des Moines, Iowa. In the future, Finley hopes to qualify elite, make the US National Team, represent Team USA at the 2024 Olympics, and compete for the University of Utah in 2025. 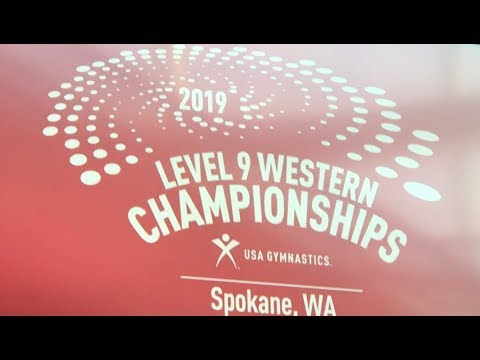