Competing as a level 7 during the 2019 season, Emma began her season at the Legacy Elite Classic. Here, Emma won the vault title and came in second on bars and floor. In March at the Illinois State Championships, Emma concluded her season with top 10 finishes on bars, floor, and all around.

Emma began her 2019-2020 level 8 season at the Justin Spring Invitational where she won the bars title. Emma had her best meet of her season at the GymQuarters Mardi Gras Invitational and brought home gold medals on beam and floor. Unfortunately, due to the COVID-19 pandemic, Emma's season was cut short as the remainder of the season was canceled.

Emma began her 2021 level 8 season at the Dragon Invite where she won the vault title. Two months later at the Illinois State Championships, Emma earned a gold medal on vault and silver medals on bars and in the all around. From state, Emma was selected to represent the state of Illinois at the Region 5 Championships. Emma concluded her season at regionals with a gold medal winning performance on beam as well as fourth all around and fifth on vault.

Currently, Emma trains 20 hours per week under coaches Amanda Verhaeg and Greg Verhaeg at AGI. In the future, Emma hopes to earn a college scholarship for gymnastics and then become an elementary education teacher.

Favorite Quote: "A little progress each day adds up to BIG results." 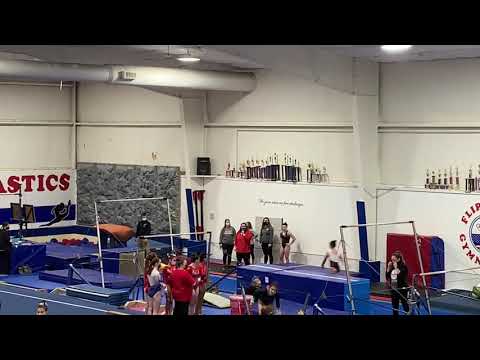 Round Off, Double Back

Round Off, Flic, Flic, Double Back Dismount