Emily Springford got her start in gymnastics at the age of 7 after she was caught flipping around the living room. Emily began competing in the fall of 2013 as a level 3 with SCEGA Gymnastics and finished fifth on bars at the SoCal South State Championships. Emily competed level 4 during the 2014 season. Emily had her best meet of her season at the East Sectional Championships where she won the bars, beam, floor, and all around titles. At the SoCal South State Championships, Emily finished in the top 10 on bars and floor. Emily competed her last season of compulsories in 2015 as a level 5 and finished third on floor at state.

Emily began her optional career in 2016 as a level 6. Emily had a great level 6 season and won the floor title and took third on bars at the SoCal State Championships. As a level 7 in 2017, Emily opened up her season at the Arizona Grand Invitational where she had a fantastic meet and won the bars, floor, and all around titles with a 38.675. Emily continued to have a great season and finished in the top 3 in the all around at every meet she competed in. At the SoCal State Championships, Emily won the floor title and took third all around. From state, Emily qualified to the Region 1 Championships and had another great meet, winning the bars, beam, and all around titles.

Emily kicked off her 2018 level 8 season at the SCEGA California Classic where she came home with wins on bars, floor, and all around. Two months later at state, Emily took second on floor and third all around and qualified to regionals. Emily had a fantastic meet at regionals and defended her all around title and won the floor title as well.

Emily had another solid season in 2019 as a level 9 and came home with the floor title as well as third all around at state and qualified to regionals. At the Region 1 Championships, Emily won the floor title with a 9.700, second on beam with a 9.700, third on vault, and fifth all around, qualifying to the Western Championships. Emily concluded her season with a great finish at Westerns and came home with gold medals on beam and floor.

Currently, Emily trains 28 hours per week under coaches Terry Gray, Kathy Strate, and Rhonda Schwandt at SCEGA Gymnastics. Emily's goal for this season is to qualify to the Western Championships. In the future, Emily hopes to earn a college scholarship for gymnastics to a division 1 school.

Favorite Quote: "A champion is defined not by their wins, but by how they can recover when they fall." - Serena Williams 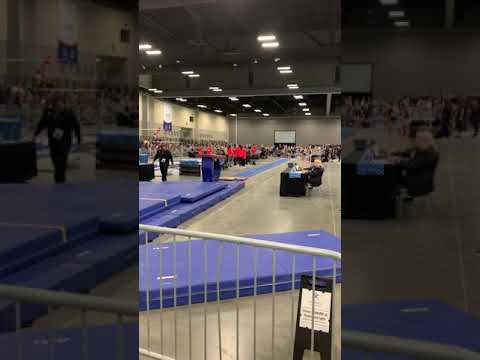 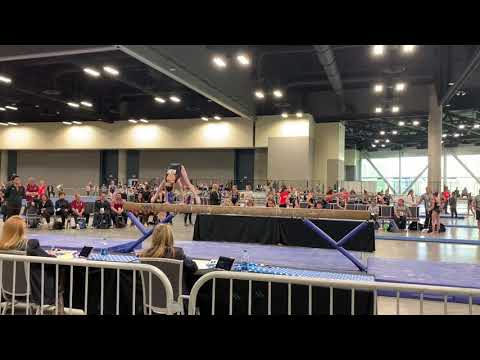 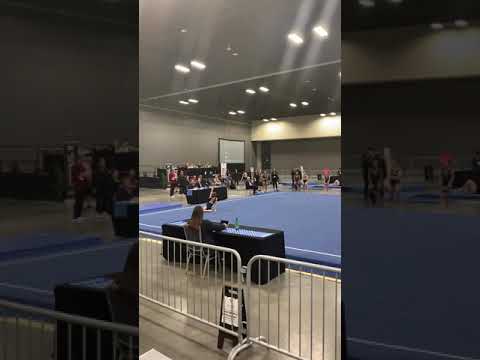