Following the 2014 season, Ellorie began training at All Olympia Gymnastics Center. Ellorie competed level 5 during the 2015 season. At her first meet of the season, Ellorie took second all around as well as second on floor. Ellorie went on to compete at the SoCal North State Championships where she took fifth all around.

Ellorie’s optional career began in February 2016 as a level 7. Ellorie had a great first meet, winning the beam title with a 9.800 and placing fifth all around. Ellorie continued to improve throughout the season and finished second on floor and fourth all around at the SoCal State Championships. With her great all around finish at state, Ellorie was selected to represent Team SoCal at the Region 1 Championships. At Regionals, Ellorie finished fifth on vault. As a level 8 in 2017, Ellorie opened up her season at the Vegas Cup where she placed second on floor. Ellorie went on to the SoCal State Championships where she won the beam title with a 9.750. At regionals, Ellorie won the floor title and placed fourth all around.

Following her level 8 season, Ellorie began training at Precision Gymnastics. During the Summer, Ellorie trained upgrades for her 2018 level 9 season and trained for Hopes. At Ellorie’s first level 9 meet of the season, Ellorie placed fourth on vault and sixth all around. By her next meet, Ellorie improved her all around score by nearly two points and won the floor and all around titles. At the SoCal State Championships, Ellorie placed second on floor. Ellorie moved on to the Region 1 Championships where she placed first on floor and second on beam, as well as qualified to the Level 9 Western Championships. Ellorie had a great meet at Westerns and won the floor title and placed fifth on beam. While Ellorie’s level 9 season had concluded, her Hopes season was just beginning. Three weeks after competing at Westerns, Ellorie competed at the Auburn National Elite Qualifier. At the Auburn Qualifier, Ellorie earned her Hopes 10-11 compulsory score. About one month after the Auburn Qualifier, Ellorie competed at the Brestyan’s National Elite Qualifier where she earned her Hopes 10-11 optional score, qualifying for Hopes as well as the Hopes Classic. Ellorie concluded her season at the Hopes Classic where she finished seventh on floor.

Ellorie kicked off her 2019 season at the Palm Springs Cup where she competed in both the Elite Compulsory Qualifier and as a level 10. At the Elite Compulsory Qualifier, Ellorie earned her Hopes 12-13 compulsory score with ease. In the level 10 competition, Ellorie finished third on beam and third all around. Two months later at the SoCal State Championships, Ellorie took third on floor and in the all around, and qualified to the Region 1 Championships. At regionals, Ellorie concluded her level 10 season with a ninth place finish on beam. At the beginning of June, Ellorie competed in the Auburn National Elite Qualifier and earned her Hopes 12-13 optional score, qualifying to the Hopes Classic. Two weeks later, Ellorie headed to Salt Lake City, UT to compete in the Hopes Classic. Here, Ellorie took second on floor and qualified to the Hopes Championships. Ellorie concluded her fantastic season at the Hopes Championships finishing eighth on floor.

Ellorie began her 2020 season competing level 10 at the LA Classic Invitational where she took third on vault and bars. One week later at the Metroplex National Elite Qualifier, Ellorie earned her Hopes 12-13 compulsory score.

Currently, Ellorie trains 30 hours per week under coaches Trent and Jill Spaulding at Precision Gymnastics. In the future, Ellorie’s goal is to earn a college scholarship for gymnastics and compete for a division one school.

Favorite Gymnast: "I admire the strength, tenacity, and skill of all the gymnasts before me, all of the gymnasts with me, and all that will come after me."

Favorite Quote: "Life is not easy for any of us. But what of that? We must have perseverance and above all confidence in ourselves. We must believe that we are gifted for something and that this thing must be attained." - Marie Curie 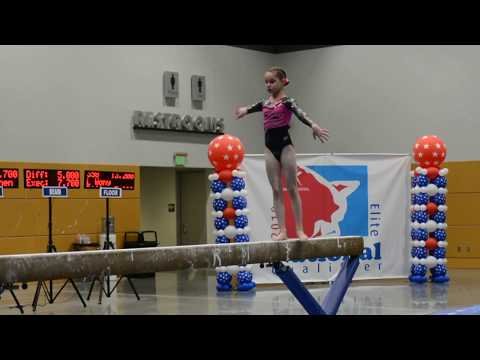 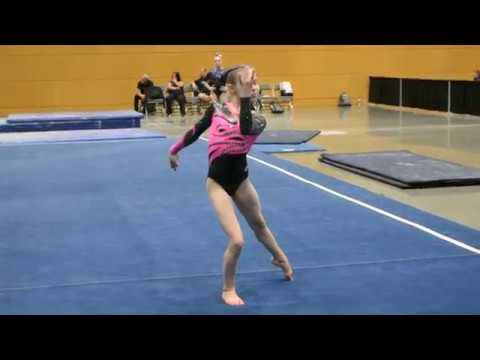