Ella Murphy began gymnastics at the age of six, and two weeks later was invited to WOGA’s developmental team. Two weeks after that, Ella moved up to team and competed in her first level 3 meet four months later at the age of six. Ella’s first meet was the 2014 WOGA Classic where she placed third on bars and fifth all around.

Ella’s optional “career” took off as a level 6 in January 2016 at the Texas Prime Meet. Ella started her level 6 meet off with a bang, winning the beam, floor, and all around titles. Ella continued to win first or second all around at every meet of the season, until she unfortunately got hurt after the Everest Classic and could not continue her season. Coming back from injury, Ella began her level 7 season at the Texas Prime Meet where she won the bars, beam, and all around titles. Ella continued to prosper throughout the season and went on to win the bars and beam titles, scoring a 9.825 and 9.900, respectively at the Texas State Championships. Ella also took home second all around at state with a huge 38.875. A month after state, Ella competed at the Region 3 Championships. Concluding her season at regionals, Ella won bars with a huge 9.900 and placed second all around with an amazing 38.625.
​
Ella began her 2018 level 8 season at the California Grand Invitational where she won the bars, floor, and all around titles. Throughout the season, Ella won the all around at all but one of her meets. At the Texas State Championships, Ella won the bars title with a 9.90, the floor title, and the all around with a 38.900. Ella went on to compete at the Region 3 Championships where she posted a 9.90 on both bars and beam for gold medals on both events. Ella also won the floor title with a 9.750, and the all around with a 38.900. After her level 8 season, Ella was invited to travel to the Netherlands with some of her WOGA teammates to compete at the IAG Gymnastics Competition. Unfortunately, Ella sustained an injury during training and was not able to compete.

In 2019, Ella competed level 9 and Hopes. Ella began her level 9 season at the Kurt Thomas Invitational where she won the floor and all around titles. One month later, Ella competed at the Biles National Elite Qualifier. Here, Ella earned her Hopes 12-13 score, qualifying to the Hopes Classic. Ella was not able to compete at the Texas State Championships, but was able to petition to the Region 3 Championships. Here, Ella had a great meet, winning the bars title and taking second on beam and in the all around, qualifying to the Western Championships. Ella concluded her level 9 season at the Western Championships and had a fantastic competition, coming home with gold medals on beam, floor, and in the all around as well as a bronze medal on bars. Following the Western Championships, Ella was preparing for the Hopes Classic and was ready to go. Unfortunately, the day before she was supposed to leave, Ella suffered a fall on floor, breaking her arm which then required surgery. However, the surgery was successful and Ella is expected to make a full comeback for the 2020 season.

Competing her first year of level 10 and with the goal to qualify Hopes in 2020, Ella began her season at the Metroplex National Elite Qualifier. Here, Ella achieved her Hopes 12-13 compulsory score. Ella competed her first level 10 meet one week later at the WOGA Classic where she won the beam title. At the end of February, Ella competed at the Everest National Elite Qualifier where she won all four events and the all around title and earned her Hopes 12-13 optional score to qualify to the Hopes Classic. Unfortunately, shortly after, the season was canceled due to COVID-19. Due to the remainder of the 2020 season being canceled, USAG allowed for all Hopes and Elite Qualifiers to retain their qualifying score for the 2021 season. With this, Ella qualified to the 2021 Hopes Classic in the 13-14 division.

Although she was qualified Hopes for the 2021 season, Ella entered the 2021 season with the goal to qualify junior elite. Ella began her 2021 season at the Biles National Elite Qualifier. While she just missed out on her qualifying score, Ella won the beam and all around titles. In February, Ella competed at the WOGA Classic in the elite session and came home with a gold medal on beam and a bronze on floor and in the all around. A month later, Ella earned her junior elite qualifying score at Developmental Camp to qualify to the American and U.S. Classic competitions. Ella competed her first meet as an elite at the American Classic in April where she had a great competition, earning a silver medal in the all around as well as her qualifying score to the U.S. Championships. One month later at the U.S. Classic, Ella finished eighth all around. Ella concluded her season at the U.S. Championships where she finished with a fourth place finish on beam. Ella's all around score also qualified her to the 2022 classic competitions. Following the season, Ella was invited to the Junior Pan American Games Selection Camp in November and finished with the third highest beam score on day 2.

Currently, Ella trains 30 hours per week under coaches Yevgeny and Sonia at WOGA Frisco. In the future, Ella’s goal is to earn a spot on the US National Team, and receive a scholarship to a division 1 gymnastics school. 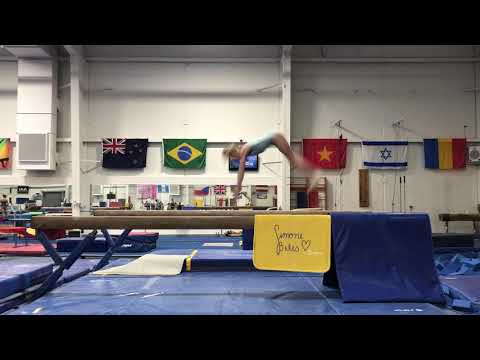 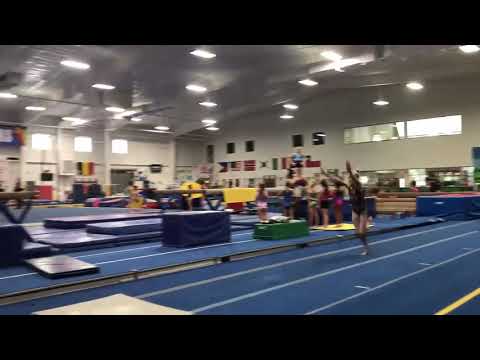 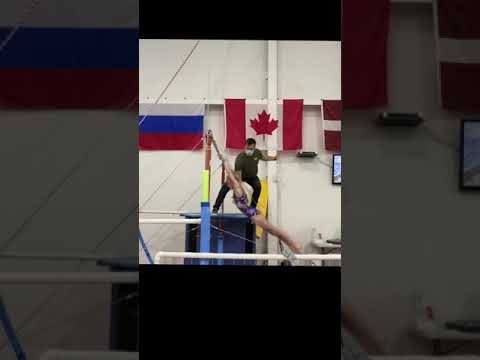