Ella Gerdes got her start in gymnastics at the age of three as she followed her sister into the sport. Ella loved gymnastics right away and progressed quickly at a young age. In 2012 at the age of five, Ella began competing as a level 3 with Elmwood Gymnastics Academy. After competing a season of level 3, Ella competed back to back seasons of the old and new level 4. In her last meet as a level 4, Ella finished fourth on vault at the Louisiana State Championships.

Ella began her optional career in December 2014 as a level 6 at the Judges Holiday Classic where she took second on beam and in the all around. Ella had a great level 6 season and went on to bring home the bronze medal on vault and a fourth place all around finish at state. During the 2015-2016 season, Ella competed just two meets of level 7 and then competed level 8 for the remainder of the season. In March at the Louisiana State Championships, Ella finished in the top 5 on both beam and floor. From state, Ella moved on to the Region 8 Championships where she had a great meet, taking third on beam and in the all around as well as fourth on vault.

Following her 2017-2018 level 9 season, Ella began training at Texas Dreams Gymnastics. Ella was only able to compete one meet during the 2019 season as a level 9, the Kurt Thomas Invitational, where she took fifth on bars. Ella began competing level 10 in 2020 and competed her first meet of the season at the Texas Prime Meet where she finished seventh on bars. Ella was able to compete three more meets before the season was canceled due to COVID-19. In 2021 Ella competed beam at the Texas Prime meet.

Ella kicked off her 2022 season at the Friend's of Achievers Invitational where she competed floor and placed top 10. A month later Ella competed at Classic Rock Invitational placing top 10 on bars and floor.

Currently, Ella trains 28 hours per week under coaches Marcus, Alicia, and Ned at Texas Dreams Gymnastics. Ella's goal for the 2021 season is to qualify to JO Nationals and in the future Ella hopes to earn a division 1 college scholarship for gymnastics.

Favorite Quote: "Your yesterday is tomorrow and your past is your future." 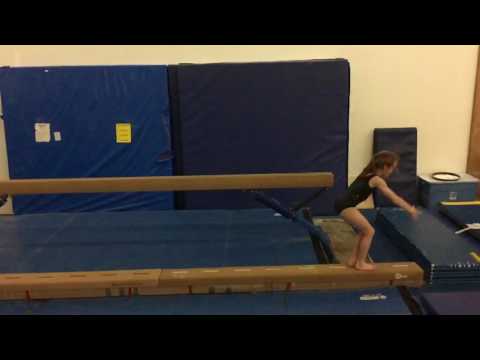