Eleanor Wyly got her start in gymnastics at 18 months old in a toddler class with her grandfather, Allen Wyly. Eleanor took to the sport quickly and began competing in the fall of 2013 as a level 4 with North Bay Athletic Association. That same year, Eleanor participated in TOPs Testing and made the TOPs National Diamond Team. In 2014, Eleanor competed level 5 and went on to place sixth on floor at the NorCal State Championships.

Eleanor’s optional career began in January 2015 as a level 7. At her first meet of the season, the Golden State Classic, Eleanor placed sixth on floor. Eleanor continued to improve throughout the season and finished in the top 10 on floor at state. From the NorCal State Championships, Eleanor qualified to the Region 1 Championships where she had a great meet, placing fourth on floor with a 9.650. Following her level 7 season, Eleanor participated in TOPs Testing and went on to make the TOPs National B Team. In 2016, Eleanor competed level 8. At her first meet of the season, Eleanor took fifth on floor. At Eleanor’s second meet of the season, she had a solid meet and placed second on floor, third on vault, and fourth all around. At the NorCal State Championships, Eleanor placed fourth on beam and qualified to regionals. Eleanor concluded her 2016 season at regionals with a solid performance. Eleanor participated in TOPs for her final time during the summer of 2016. Eleanor made it to National Testing and had a great test, making it on to the TOPs National A Team.

During the 2017 season, Eleanor competed a second season of level 8. Eleanor opened up her season at the Golden State Classic where she won the floor title and placed fourth all around. The next three meets of the season, Eleanor placed second all around and improved her all around score each time. At the NorCal State Championships, Eleanor placed sixth on beam, and qualified to regionals. Eleanor had her best meet of the season at regionals, winning the beam title with a 9.500 and placing fourth all around. At the end of Eleanor’s 2017 level 8 season, she competed at the Parkettes National Elite Qualifier. Although Eleanor just missed her qualifying score for Hopes 10-11, she had a great first qualifier and placed second on vault and fourth on beam. In 2017, Eleanor also began attending Developmental Invite Camp.

After a great level 8 season, Eleanor skipped level 9 and began competing level 10 in January 2018. As a level 10 during the 2018 season, Eleanor also had the goal to qualify Hopes. At the NorCal State Championships, Eleanor qualified to the Region 1 Championships. About six weeks after regionals, Eleanor competed at the Auburn National Elite Qualifier. Eleanor had a strong competition and improved her all around score from her last qualifier in March by nearly 2.5 points. One month later, Eleanor competed at the Brestyan’s National Elite Qualifier. On the first day of competition, Eleanor earned her Hopes 12-13 compulsory score, and on the second day, she earned her optional score, qualifying Hopes and punching a ticket to the 2018 Hopes Classic in July. Eleanor concluded her season at the Hopes Classic with a 13th place finish on beam.

Eleanor kicked off her 2018-2019 season at the Myrtle Beach Elite Compulsory Qualifier where she earned her Hopes 12-13 compulsory score. In February, Eleanor competed her first level 10 meet of the season at the Winter Invitational and finished seventh all around. Later in the month, Eleanor competed at the Gliders National Elite Qualifier where she finished second all around and earned her Hopes 12-13 optional score, qualifying to the Hopes Classic for a second year. One month later at the NorCal State Championships, Eleanor finished in the top 10 on vault and qualified to the Region 1 Championships. Eleanor concluded her 2019 level 10 season at Regionals and finished seventh on bars. Eleanor was preparing for her Hopes season, but had an unfortunate foot injury. However, Eleanor was able to come back and compete bars at the Hopes Classic.

Competing level 10 and with the goal to qualify elite in 2020, Eleanor began her season at the Peppermint Twist Elite Compulsory Qualifier where she earned her junior elite compulsory score.

Currently, Eleanor trains 30 hours per week under coach Susan (Susie) Goodmanson at North Bay Athletic Association in California. In the future, Eleanor hopes to qualify Junior International Elite and earn a spot on the US National Team. Eleanor’s biggest goals are to represent team USA at the 2024 Olympics and earn a scholarship and compete for a Division 1 school.

Favorite Quote: "The biggest mistake you could ever make is to be afraid to make one." 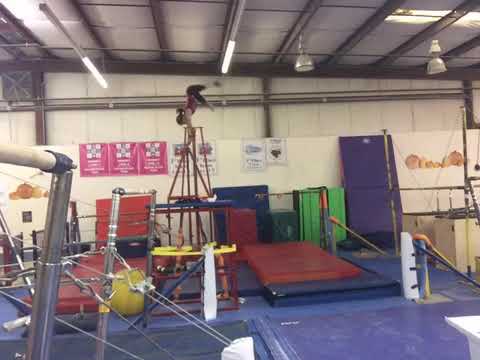 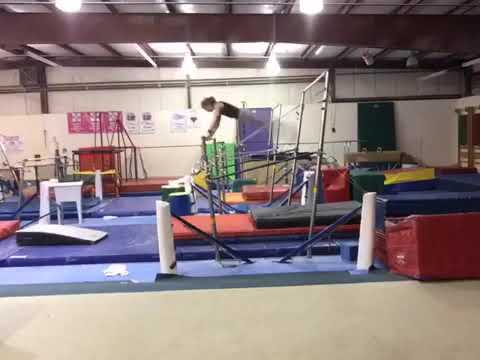 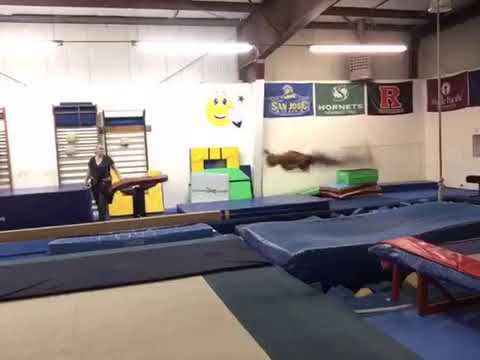