Delaney Fisher got her start in gymnastics at 18 months old in a mommy and me class; she loved it right away and once she was old enough to take classes, she progressed rapidly. Delaney began competing in 2012 as an Xcel Silver with Gymnastix Training Center. The next season, Delaney competed Xcel Gold and finished third on floor at the Georgia State Championships. In 2014, Delaney competed a second season of Xcel Gold and went on to win the bars, floor, and all around titles at state.

Following the 2014 season, Delaney began competing in the JO Program as a level 7. Delaney had a great season and won the bars title as well as second on floor and third all around at the Georgia State Championships. Delaney competed just one meet of level 8 in fall 2015 and then went on to compete level 9 during the 2016 season where she won the vault title at the Georiga State Championships.

Delaney began competing level 10 during the 2017 season and finished in the top 5 on vault and bars at state. After her 2017 season, Delaney began training at Georgia Elite Gymnastics and had the goal to qualify junior elite during the 2018 season. In December 2017, Delaney competed at the Myrtle Beach Cup Elite Compulsory Qualifier where she earned her junior elite compulsory score. In March 2018, Delaney earned her elite optional score, qualifying her to the 2018 US Classic. One week later, Delaney competed at the Georgia State Championships where she finished second on vault and third on bars. From state, Delaney moved on to the Region 8 Championships and placed third on bars and qualified to the JO National Championships. Delaney had her best meet of the season at JO Nationals, placing on bars and beam and finishing fourth all around. In July, Delaney competed at her first major elite competition: the GK U.S. Classic. Here, Delaney had a solid meet and concluded a great season.

Delaney began her 2019 season at the Made in the USA Invitational where she competed level 10. Here, she won the beam title and finished second on bars and in the all around. One monthh later at the Georgia State Championships, Delaney took second on bars and qualified to the Region 8 Championships. At regionals, Delaney finished seventh in the all around and qualified to the JO National Championships. Delaney concluded her level 10 season at JO Nationals and came home with medals on bars and beam.

Competing her third season of level 10 in 2020, Delaney began her season at the Tampa Bay Turners Invite where she earned the bronze medal on bars. One week later at the Atlanta Centennial Classic, Delaney won the bars and floor titles and came in second in the all around. Delaney was able to compete one more meet before the remainder of the season was canceled due to COVID-19. At this meet, the National Gymnastics Challenge, Delaney earned silver medals on beam and in the all around.

Delaney kicked off her 2021 season at the Atlanta Crown finishing second on bars. Later that month she competed at the Atlanta Centennial Classic earning bronze on vault and bars and silver on beam, floor & AA. Delaney had her best meet of the season at the Paw's for a Cause winning bronze on vault, silver on floor and champion on bars, beam and AA. Qualifying to Georgia State Championships Delaney won bars. She concluded her season at the Region 8 Championships placing top 10 on bars.

Delaney started her 2022 season at the Ozone Invitational where she placed top 5 on beam. She then competed at the Atlanta Centennial Classic placing top 5 on beam.

Currently, Delaney trains 30 hours per week under coaches Pete Arenas and Cassidy Bernstein at Georgia Elite Gymnastics. In the future, Delaney's goal is to earn a college scholarship to a Division 1 school for gymnastics.

Favorite Quote: For With God Nothing Shall be Impossible. Luke 1:37 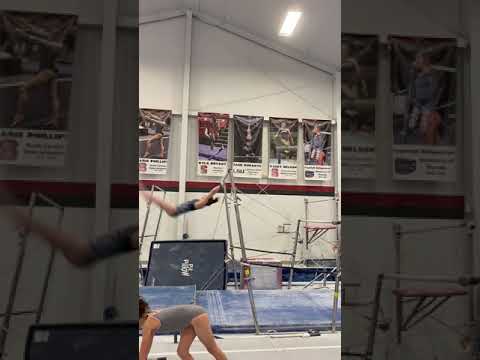 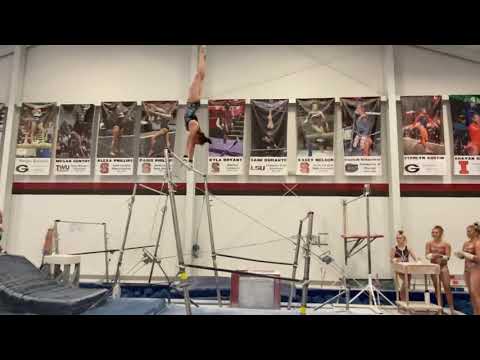 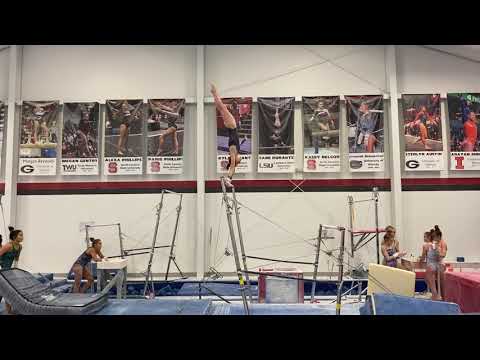 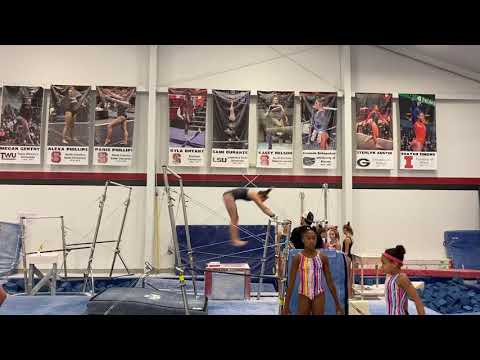