Danielle Press started playing gymnastics with her sister at the age of 5 in the living room. Her older sister was a competitive gymnast for 5 years, leaving Danielle growing up in a gym with no formal training. After they broke her mom's couch from turning it in to their vault, Danielle's sister quit gymnastics. Danielle woke up about 2 days after this and said she was ready to go to class so at the age of 6, she finally was enrolled in classes. She started at Oni's Gymnastics, but after outgrowing the class and the gym was on the brink of closing, so she moved to Cypress Academy. Danielle was in a recreational class for 3 weeks before being moved to pre-team. She started competing at the age of 9 as a level 5 at Wilson's Gymnastics. Unfortunately, one of Danielle's coaches lost the gym. The coach, Jamie, was gracious enough to help the girls stay together and spend the last month of their training taking them from gym to gym to help them find a new home. The girls ended up at Sugar Land Gymnastics with Coach Mei.

At Sugar Land, Danielle competed as a level 8 gymnast, was training Level 9 and was one of the first girls invited into a new elite training program under Bryan Kiser and Russ Ward. Danielle moved to homeschooling at this time and the program was amazing! Danielle and her teammates went to the Kayroli Camp the following summer and came back to find their coaches had quit which was a devastating turn of events for her. Danielle quit gymnastics at this time because she wanted her coaches back. After taking off a year, one of her closest teammates was out on an injury but was ready to return. They spoke about it and decided to return together. They both went back to Sugar Land, but Danielle was coming back with a broken wrist from playing around at home, so for 8 weeks it was nothing but conditioning. Danielle finally got her wrist all fixed up, got her skills back, and was ready to compete, but she had outgrown the gym. So she set out to find a new home. Going back to the Walkers looked like the best option which led us to World Champions Centre.

Danielle came to WCC in the summer of 2015 with no vault, barely any bars, no series on beam but a pretty decent floor. Coaches Terry and Tamara Walker worked with her over the next 5 months to prepare her to repeat Level 8 so she could have a strong season and she knocked it out of the park! She did well the entire season, qualifying for Regionals and would have done amazing but had one mishap on floor having her place 6th in the Region overall. She was the Regional Vault Champion and placed 3rd on bars. After her season, the Walkers announced they would be taking a job in New Zealand. WCC found a new head coach, but unfortunately this wasn't the best fit for Danielle. She struggled with the loss of her coaches and her new coaches couldn't understand her bond with them. There were a lot of changes to her technique and she built up anxiety because of the entire situation. During her first mock meet with her new coaches, she ended up hitting her head on the bar during her double back dismount and had a severe concussion and was out for 2 1/2 months. This ended her first season as a level 10 and at the time she was a freshman in high school. Towards the end she was able to go and compete one meet. The next season she was going to come back and try even harder. Then, during the summer, she was working an overshoot drill, which caused her elbow to dislocate. She tore her UCL. After trying to go through rehab, still compete, not using her hands, and hopefully stay away from surgery, nothing seemed to be getting better. And she had to end getting surgery to repair her UCL.

At this time, the Landi's came to coach at WCC. They brought so much to the gym but to Danielle too, just when she needed them the most in her career. They have taught her the meaning of self control (even though she is still working on it), to have an indomitable spirit, and how to grow as a person. A short time after their arrival, Danielle sat down with them and in tears, told them that she was going to miss another season because she had to have her UCL repaired. They were very supportive of her decision and Cecile worked very hard to keep her head in the gym.

Danielle was able to qualify for the Primary Repair surgery, which is only 3 years old. She is the first female, gymnast, and under the age of 18 through Texas Children's to have this surgery done. Texas Childrens' has written a blog on her story and the success she has had through having the surgery. The Primary Repair surgery is a specific surgery to replace, when possible, the Tommy John's surgery and it cuts the rehabilitation time in half. Danielle was 99% ready to go in 5 months after the surgery. This last season has been her first season back after her surgery February 9th, 2018. It hasn't been her strongest but it still on a comeback. At the Texas State Championships, Danielle finished fourth on vault.

Danielle came back strong for the 2019 season and began her season at the Kurt Thomas Invitational where she took second on vault with a 9.700. Two months later, Danielle concluded her season with a fourth place finish on vault and seventh place finishes on bars and floor at the Texas State Championships.

Danielle kicked off her 2020 season at the Alamo Classic where she had a great meet winning the vault title and finishing seventh on floor and in the all around.

Danielle has shown loyalty to the sport through the good and bad times. She has shown perseverance and strength to overcome. She is the child that will "never give up." Danielle's goal for the 2020 season is to qualify to JO Nationals and hopes to earn a scholarship or walk on spot to a college gymnastics team.

Favorite Quote: "Never give up." 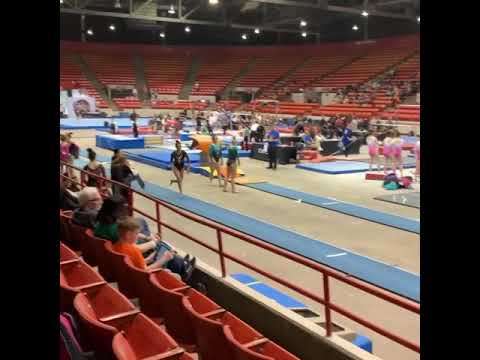 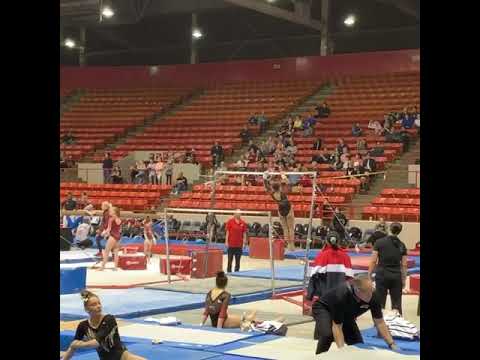 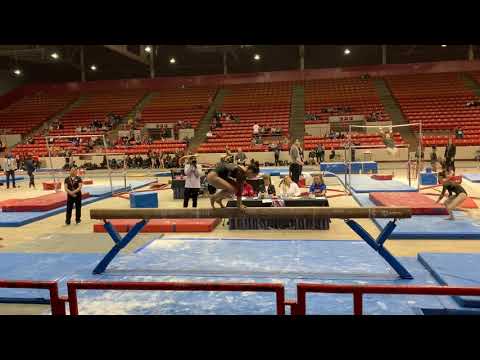 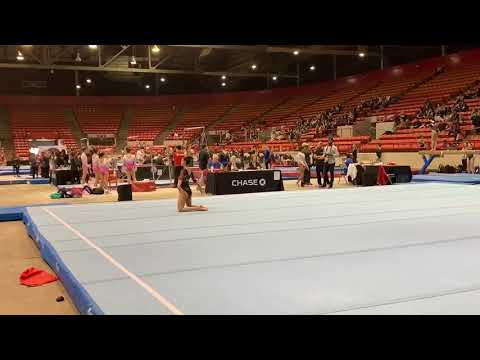