Chloe LaCoursiere got her start in gymnastics at the age of four after taking a field trip to a gym while in pre-school. Chloe took to the sport right away and began taking recreational classes. By the age of six, Chloe began competing as a level 4 with Poway Gymnastics. In her first season of competitive gymnastics, Chloe won the vault title and finished second on beam and in the all around at the SoCal South State Championships. Due to the USAG skill/level change in 2013, Chloe competed another season of level 4. Chloe had a fantastic season of level 4 finishing third on vault at the SoCal South State Championships.

As a level 5 during the 2014 season, Chloe kicked off her season at the San Diego Classic. Here, Chloe finished second on floor and third all around. Chloe continued to improve throughout the season and finished first all around at the Sectional Championships. Three weeks later at the SoCal South State Championships, Chloe brought home the gold medal on bars and silver on vault.

Chloe began her optional career in 2015 as a level 7 at the OC Classic winning the vault title. In April at the SoCal State Championships, Chloe finished in the top 10 on vault, beam, and in the all around. From state, Chloe advanced to the Region 1 Championships where she brought home the bronze medal on bars. During the summer of 2015, Chloe participated in TOPs testing and qualified for TOPs national testing in October. From National Testing, Chloe made the TOPs National B team. At testing she was invited to participate in the Developmental Invite Program.

As a level 8 during the 2016 season, Chloe kicked off her season at the OC Classic where she finished second on floor and in the all around. Two months later at the SoCal State Championships, Chloe finished sixth on vault and advanced to regionals for the second year in a row. At regionals, Chloe brought home the bronze medal on floor.

Chloe had a great first level 9 season in 2017 as she went on to win the beam and floor titles at the SoCal State Championships. She finished her season at the Region 1 Championships with an eighth place finish on vault. In November at Developmental Invite Camp, Chloe finished third on physical abilities. Chloe missed out on the 2018 season, but came back strong in 2019 as a level 9 and was invited back to Developmental Invite Camp prior to her return to competition. At her first meet of the season, and her first meet competing with Coastal Gymnastics Academy, Chloe won the vault, bars, and floor titles. Chloe continued to have a fantastic season and went on to win the all around at the SoCal State Championships. One month later at the Region 1 Championships, Chloe won the bars title with a 9.725 and finished seventh all around, qualifying to the Western Championships. Chloe concluded a great level 9 season at Westerns bringing home a silver medal on bars and a bronze medal in the all around.

Competing as a first year level 10 in 2020, Chloe began her season at the California Grand Invitational. Here, Chloe won the bars title and finished sixth all around. In February, Chloe competed at the Brestyan's Las Vegas Invitational as both a level 10 and in the elite compulsory qualifier. Chloe earned her junior elite compulsory score, and in the level 10 competition she won the bars title with a 9.875 and the all around with a 37.750. Chloe was able to compete one more meet before the season was canceled due to the COVID-19 pandemic. At this meet, the Heart of a Champion Invitational, Chloe won the bars title with a huge 9.900 as well as the floor title and came in second all around. Due to the remainder of the 2020 season being canceled, USAG allowed for all Hopes and Elite Qualifiers to retain their qualifying score for the 2021 season. With this, Chloe will keep her qualifying compulsory score as a senior for the 2021 season.

Chloe kicked off her 2021 season at Brestyan's Invitational where she had an amazing meet. Chloe earned bronze on bars, gold on bars with a perfect 10.000, gold on beam with 9.875, silver on floor and gold AA with a big 38.800, qualifying her to the Nastia Liukin Cup. Here, she earned a silver medal on bars with a 9.800. Chloe then competed at the Region 1 Championships with a silver finish on bars and top 5 AA. She completed her season at the Level 10 National Championships taking home the gold on bars with 9.800.

Currently, Chloe trains 24 hours per week under coaches Ellie Gerber, Teresa Barnard and Ryan Lipinski at Coastal Gymnastics Academy. In the future, Chloe's goal is to qualify elite and earn a college scholarship to a division 1 school for gymnastics.

Favorite Quote: "Don't be afraid to fail, be afraid not to try." 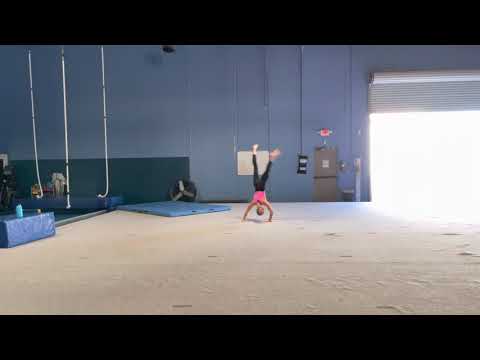 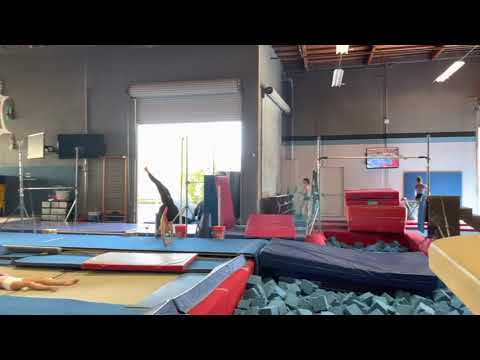 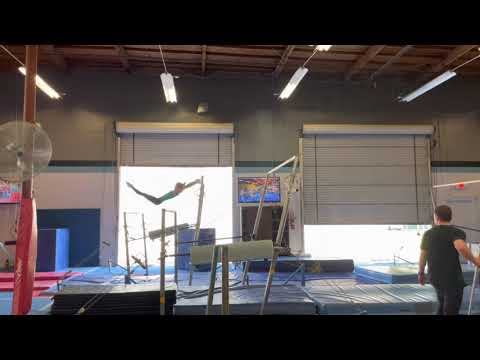 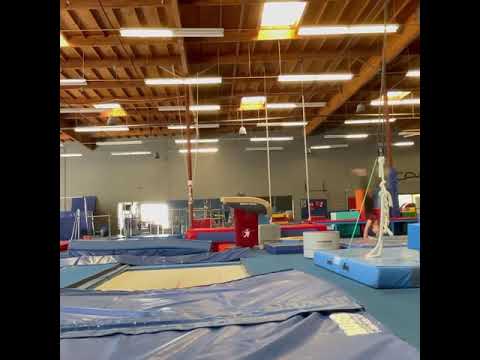 Side Aerial, Back Handspring Swingdown