Charlotte Booth began gymnastics at the age of six after being seen doing flips and tricks into the pool. Charlotte's parents put her into a gymnastics class and Charlotte took to the sport right away. Charlotte began competing in the fall of 2013 with Brandy Johnson's Gymnastics as a level 1. At her first meet, the Harvest Moon Invite, Charlotte won the beam, floor, and all around titles. In 2014, Charlotte competed level 2 and had a great season.

Charlotte skipped levels 6 and 7 and began her optional career as a level 8 in 2017 at the IGI Chicago Style Meet. Here, Charlotte won the beam title and took home bronze medals on vault and bars. Charlotte had a solid level 8 season and went on to place third all around at state and qualify to the Region 8 Championships. At Regionals, Charlotte placed in the top 5 on bars and beam.

Kicking off her 2017-2018 season, Charlotte competed in the Myrtle Beach Cup Elite Compulsory Qualifier where she earned her compulsory score for Hopes 12-13. After competing level 8, Charlotte skipped level 9 and competed level 10. Charlotte opened up her level 10 season at the Texas Prime Meet where she won the vault title. Charlotte continued to have a great season and placed third on floor at state. Charlotte moved on to Regionals where she placed fifth on vault and eighth all around, qualifying to JO Nationals. Charlotte had another great meet at JO Nationals and walked away with the bronze medal on floor.

Charlotte began her 2019 level 10 season at the Ozone Invitational where she had a great meet, winning the vault, bars, and all around titles. In March, Charlotte competed at the KPAC Cup National Elite Qualifier where she earned her Hopes 12-13 score, qualifying to the Hopes Classic. Charlotte concluded her level 10 season at the Florida State Championships. Here, she won the vault, floor, and all around titles. While Charlotte qualified to regionals, she ended up not competing in order to focus on elite. In May, Charlotte attended Developmental Camp where she heard her junior elite optional score, qualifying to the American and U.S. Classic competitions.

Charlotte competed in her first major elite meet in June at the American Classic in Salt Lake City, UT. Here, Charlotte finished in the top 15 on beam and floor. One month later, Charlotte competed at the U.S. Classic where she concluded her fantastic season.

Charlotte kicked off her 2020 season in January competing in the open division at the Presidential Classic. Charlotte only competed vault and beam but won both events with scores of 9.750 and 9.650, respectively. In February, Charlotte competed at the Everest National Elite Qualifier where she won the vault, floor, and all around titles and re-qualified to the American and U.S. Classic competitions. Unfortunately, due to the COVID-19 pandemic, Charlotte's season was cut short as the remainder of the season was canceled. Due to the remainder of the 2020 season being canceled, USAG allowed for all Hopes and Elite Qualifiers to retain their qualifying score for the 2021 season. With this, Charlotte qualified to the 2021 American and U.S. Classic Competitions.

Charlotte kicked off her 2021 season in the open division (level 10) at the Presidential Classic. Here, Charlotte won the vault title and finished second on bars, beam, and in the all around. One week later, Charlotte competed as a junior elite at Winter Cup and earned a bronze medal on vault as well as medals on bars, beam, and in the all around. From Winter Cup, Charlotte was added to the Junior U.S. National Team. In May at the U.S. Classic, Charlotte finished fourth on vault, sixth all around, and qualified to the U.S. Championships. Charlotte concluded her season at the U.S. Championships where she had a great competition, earning the bronze medal on bars as well as medals on vault and in the all around as well as a continued spot on the Junior U.S. National Team. Charlotte's all around score also qualified her to the 2022 classic competitions as a senior elite.

Currently, Charlotte trains 28 hours per week under coach Kelly Pitzen at Brandy Johnson's Gymnastics. In the future, Charlotte's goal is to continue her spot on the US National Team and receive a college scholarship to a division 1 school for gymnastics. 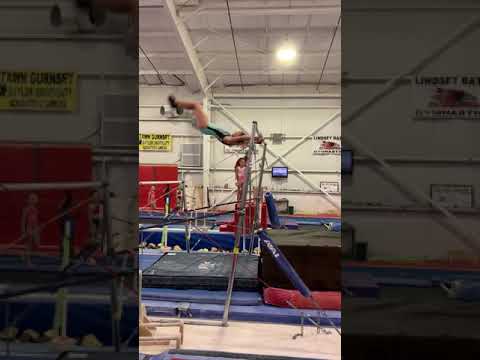 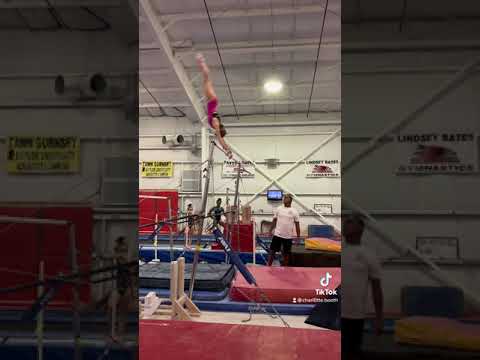 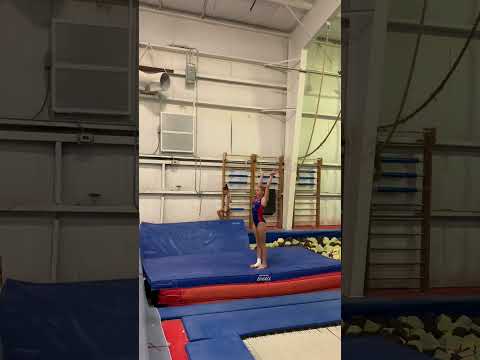