Cambry Haynes got her start in gymnastics at the age of two in mommy and me classes. Cambry loved being in the gym and as she got older she progressed quickly. In January 2015, Cambry began competing and competed one meet as a level 3 with Gymnastics Plus.

The following year, Cambry competed one meet of level 5 and then went on to compete level 6 for the rest of the season. As a level 6, Cambry went on to finish in the top 10 on vault and bars at the Colorado State Championships.

Following her level 6 season, Cambry began training at DK Gymnastics. Cambry competed level 7 during the 2017 season and began her season at the AGA Snowball Express where she took fourth on floor. Cambry continued to improve throughout the season and finished third on vault and fourth all around at state. From state, Cambry qualified to the Region 3 Championships and finished in the top 10 on vault and floor. During the summer of 2017, Cambry participated in TOPs Testing and made it all the way to National Testing. From National Testing, Cambry made the TOPs National B Team.

After competing level 7 during the 2017 season, Cambry began training at 5280 Gymnastics and began attending Developmental Invite Camp in January 2018. Cambry also competed her first level 8 meet in January 2018 and came in eighth on floor. Two months later, Cambry competed at the Colorado State Championships where she had a fantastic meet winning the beam title and taking second on vault, bars, and in the all around. For the second year in a row, Cambry qualified to the Region 3 Championships where she had another great meet finishing second on beam, third on bars and fourth on vault and in the all around.

Competing level 9 during the 2019 season with the goal to qualify Hopes, Cambry kicked off her 2019 season as a level 9 at the Lady Luck Invitational where she brought home the floor title and finished second on beam. In March, Cambry competed at the KPAC Cup National Elite Qualifier where she earned her Hopes 10-11 compulsory score. One week later at the Colorado State Championships, Cambry won the vault title, took second all around, and third on beam. Cambry then concluded her level 9 season at regionals where she finished second on floor.

In June 2019, Cambry competed in the Parkettes National Elite Qualifier where she had an amazing meet earning her Hopes 10-11 optional score by over 2 points, punching her ticket to the Hopes Classic later that month. Cambry had another great meet at the Hopes Classic; here she earned medals on both bars and beam and qualified to the final Hopes meet of the season: the Hopes Championships. At the Hopes Championships, Cambry had her best meet of the season as she earned medals on vault, beam, and in the all around earning a spot on the podium and the Hopes 10-11 team.

Cambry began her 2020 season at the Coloradical Classic where she earned her Hopes 12-13 compulsory score. She began level 10 season at the 5280 In-House Meet in January. Unfortunately, shortly after, Cambry suffered an injury causing her to miss out on the remainder of the season. Due to the remainder of the 2020 season being canceled due to COVID-19, USAG allowed for all Hopes and Elite Qualifiers to retain their qualifying score for the 2021 season. With this, Cambry will keep her Hopes compulsory score for the 2021 season.

Cambry began her 2021 season at the 5280 In House Meet where she won the level 10 floor and all around titles. Three weeks later, Cambry competed at the Buckeye National Elite Qualifier. In March at the Colorado State Championships, Cambry won the beam title, took second on floor and in the all around, and finished third on bars. Two weeks later, Cambry competed at the Parkettes National Elite Qualifier where she took sixth on beam in the junior elite division. Cambry concluded her season at the Region 3 Championships where she won the vault title.

Currently, Cambry trains 18 hours per week under coaches Alex and Katia Shchennikova at 5280 gymnastics. In the future, Cambry hopes to qualify elite and earn a spot on the US National Team.

Favorite Quote: "Just go for it." 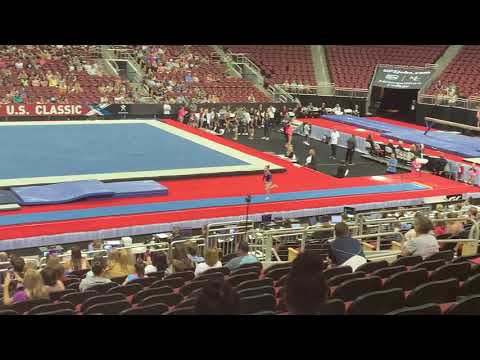 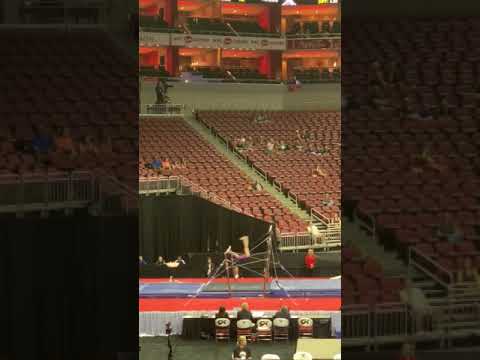 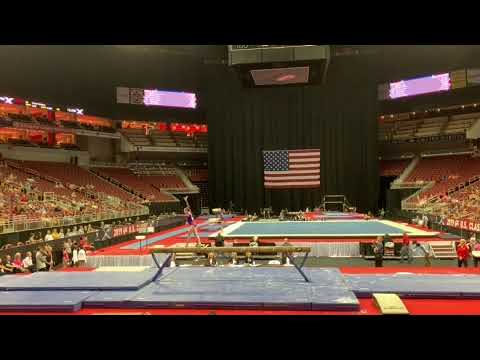 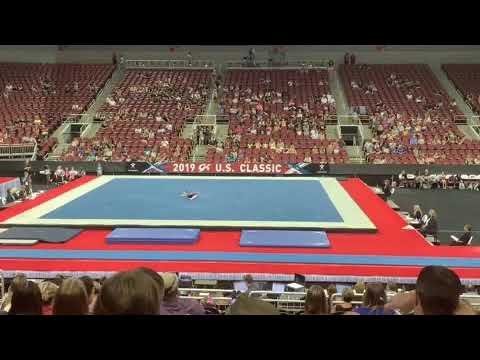