Brinlee Christensen got her start in gymnastics at the age of six at a local rec center. However, the staff soon realized Brinlee’s talent and advised her to move to “real” gym. At her new gym, Brinlee was soon moved into the TOPs Program and began competing in 2013 with Academy West. Brinlee competed level 3 during the 2013 spring season and competed level 4 in the fall. At the Level 4 Utah State Meet, Brinlee placed third all around. In 2015, Brinlee competed level 6. She began her season at the San Francisco Classic where she placed fifth on beam. Brinlee concluded her season at the All American Hot & Ready Invitational where she placed third on vault.

As a level 7 in 2016, Brinlee placed ninth on beam at state and qualified to the Region 1 Championships where she placed fifth on bars. Brinlee competed level 8 in 2017 and placed fourth on vault at state. At regionals, Brinlee placed eighth on vault. After her 2017 season, Brinlee moved to Olympus Gymnastics and began training for her second level 8 season. During the offseason, Brinlee made an immense improvement and won the vault, bars, beam, and all around titles at her first meet of the season. Brinlee also won the all around at her next meet. At the 2018 Brestyan's Las Vegas Invitational, Brinlee put up the highest level 8 all around score and won all four events! At the Utah Level 8 State Championships, Brinlee won the beam and floor titles and placed second all around, qualifying to the Region 1 Championships as a member of the Utah State Team. As a member of the state team, Brinlee was in a tough division at regionals, but had a great showing and placed fifth all around with a 38.325.

Brinlee began her 2019 level 9 season at the Lady Luck Invitational where she took fourth on beam. Brinlee improved throughout the season and finished first on vault and third all around at the Utah State Championships. One month later at the Region 1 Championships, Brinlee took home silver medals on vault, bars, and in the all around, qualifying to the Western Championships. Brinlee concluded her great season at Westerns where she earned gold medals on vault and bars, a bronze medal on floor, and sixth all around.

Competing her first season of level 10 in 2020, Brinlee kicked off her season at the California Grand Invitational. Here, Brinlee brought home the silver medal on floor and bronze medal on vault. Brinlee had her best meet of her season at the Charity Choice Invitational where she took second on vault, bars, beam, and in the all around with a 37.825. Unfortunately, due to the COVID-19 pandemic, Brinlee's season was cut short as the remainder of the season was canceled.

Brinlee kicked off her 2021 season at Chow's Winter Classic where she earned bronze on floor. A week later she competed at Fiesta Bowl where she won beam with a 9.800 and earned a spot on Americas Top 100. Brinlee qualified to the Utah State Championships earning gold on bars & floor, silver on vault and bronze AA. She concluded her season at the Region 1 Championships placing top 5 on vault and top 15 all around.

Brinlee started her 2022 season at California Grand Invitational where she came home with bronze medals on bars and in the all around. A month later she competed at Crystal Cup where she earned silver on bars.

Currently, Brinlee trains 21 hours per week under coaches Ryan Kirkham, Jessie Duke, and Tasmin Finn at Olympus Gymnastics. Brinlee's goal for her 2021 season is to qualify for Nationals. In the future, Brinlee hopes to earn a college scholarship for gymnastics. 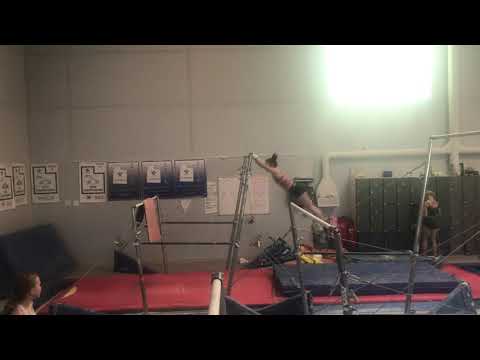 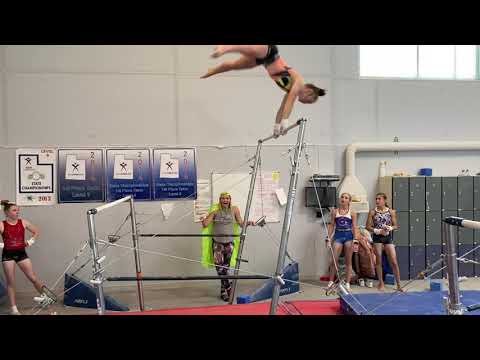